Exmouth was last invited to represent the South West in the Britain in Bloom National competition in 2016, so a huge effort was put into making an impressive and memorable floral display in the bed outside the Leisure Centre. It was suggested that we had three fish, studded with tiny plants installed. So Graham Bell set about designing and project managing the display. The area used to be a series of three beds, but for this project the existing plants were all removed and the three became one large Wavy Bed. 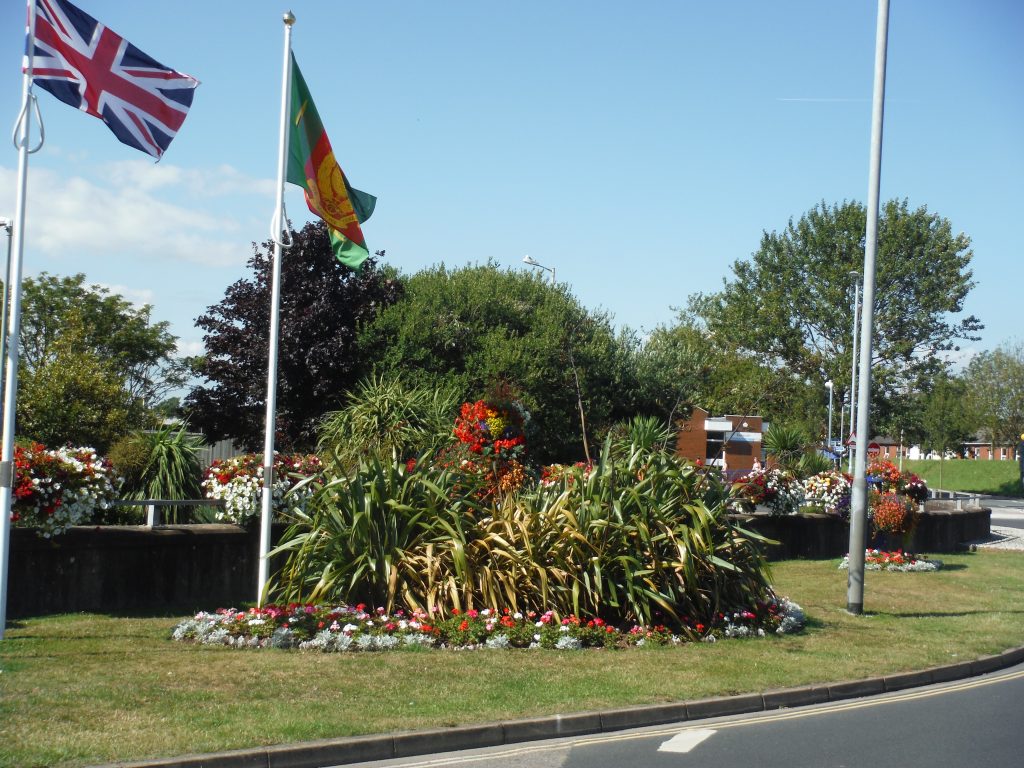 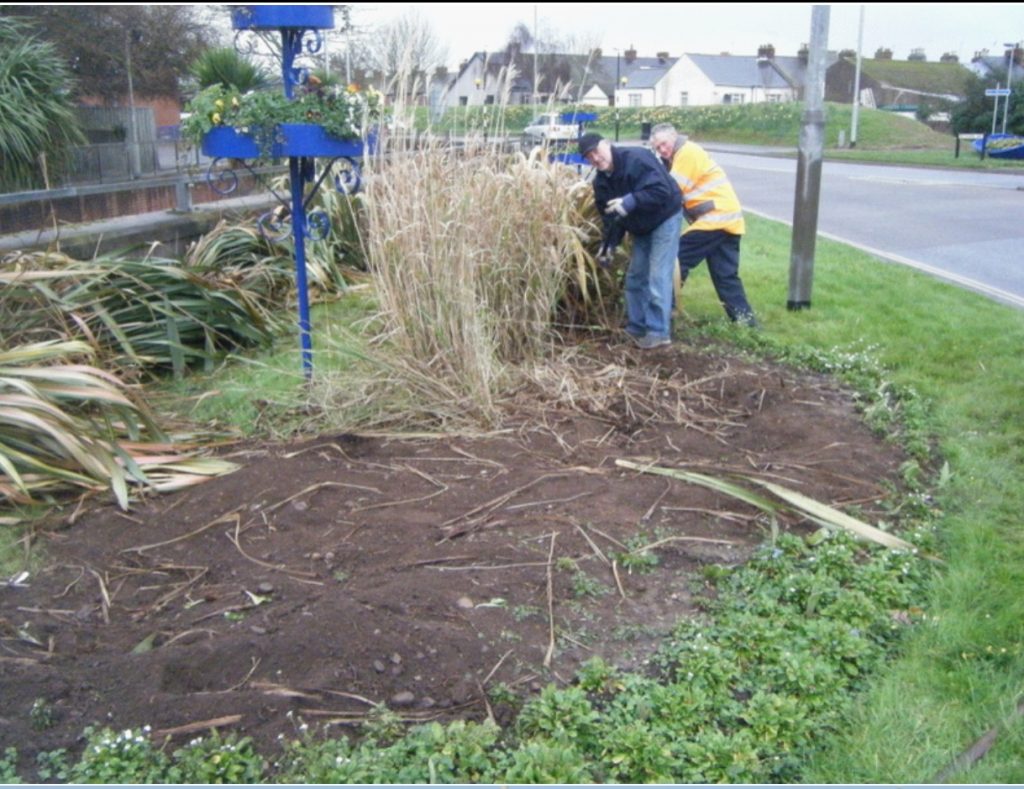 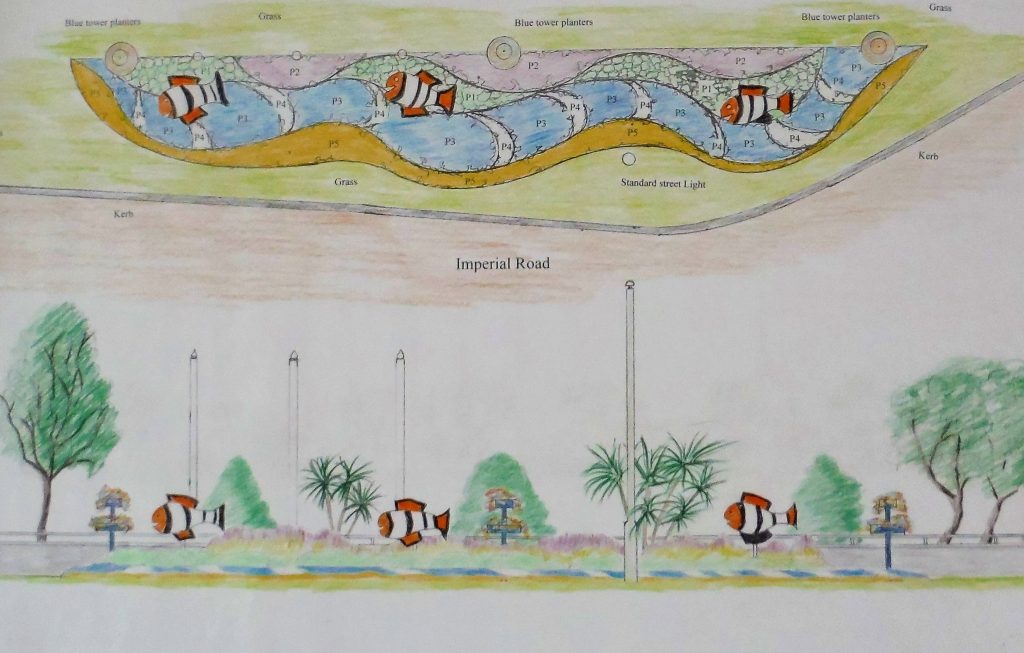 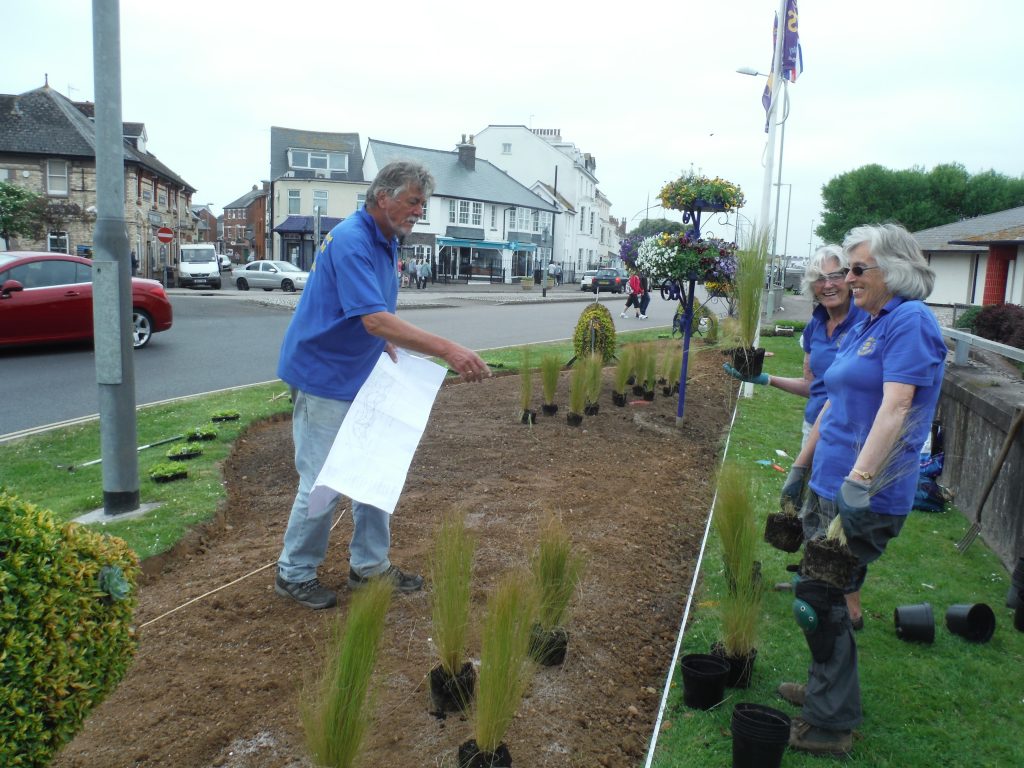 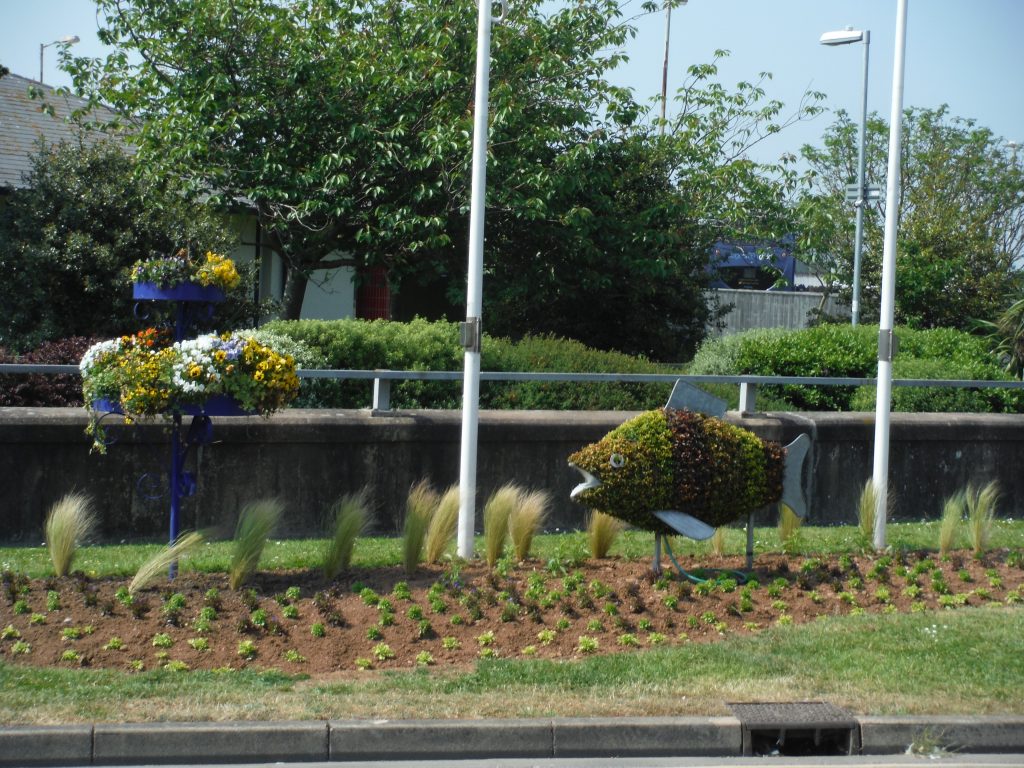 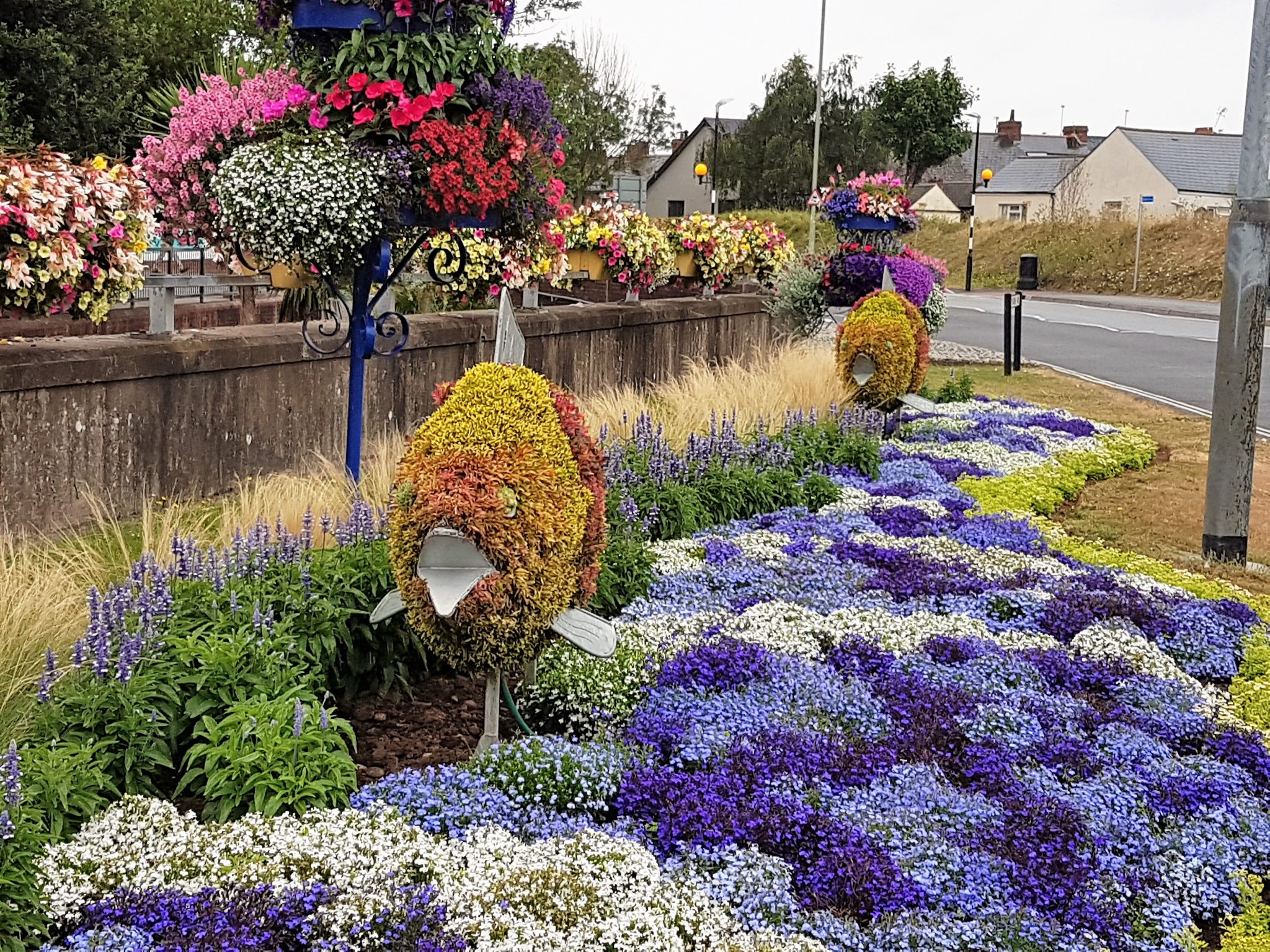 The Fish and Sea theme planting was a great success, (winning us a Silver-Gilt award), but that Autumn, with new plans, we re-planted the whole area using Mediterranean and Antipodean perennial plants, suitable for our mild winters here, with a narrow front border area, which was earmarked  for some bedding colour in Summer and Winter. 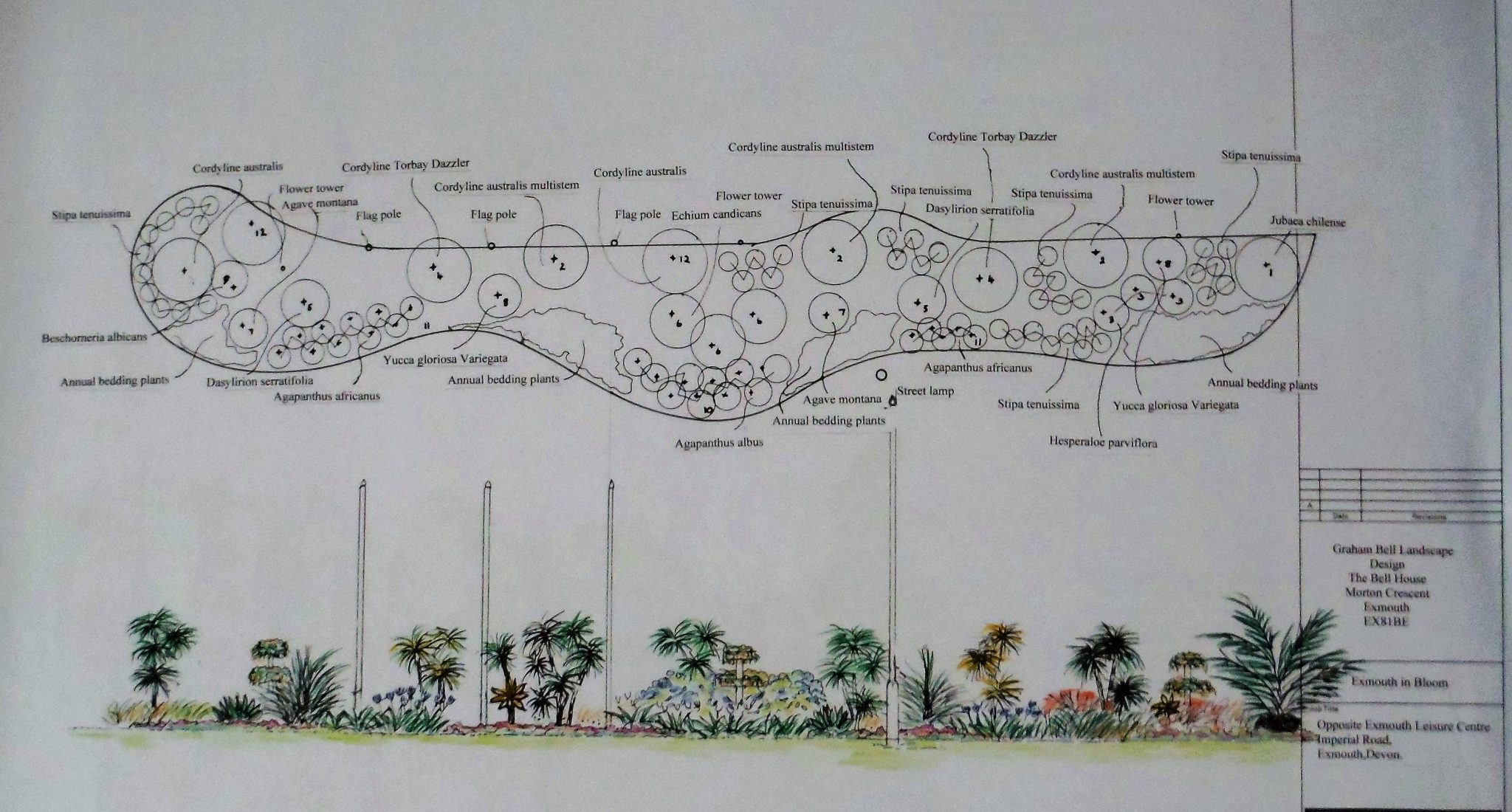 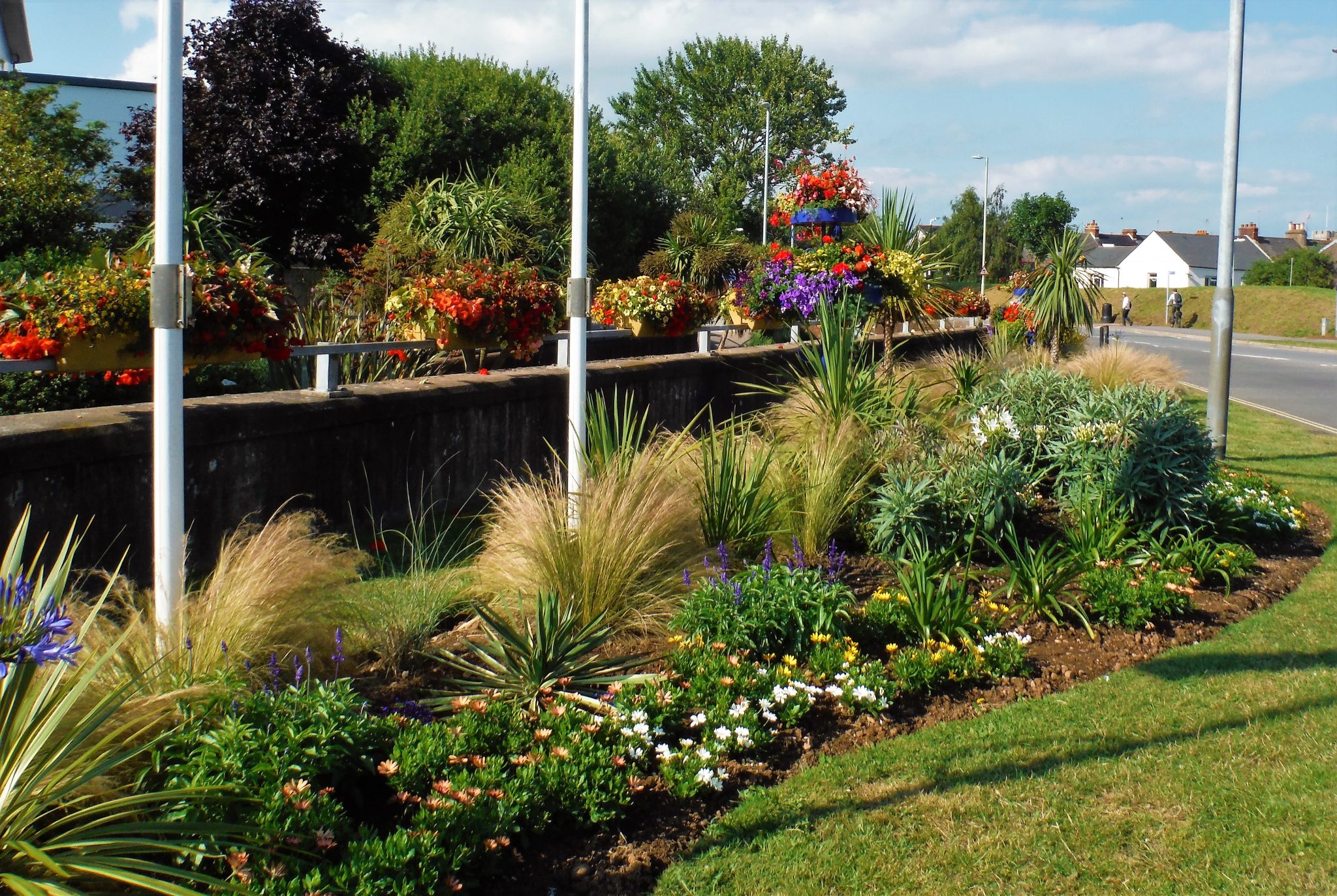 This area thrived until the snow and freezing temperatures in March 2018, which devastated the whole area. However, the plants were left to see if they would recover and many did in fact survive to give us a wonderful show by the Summer, albeit that we had to increase the area of summer bedding planting. 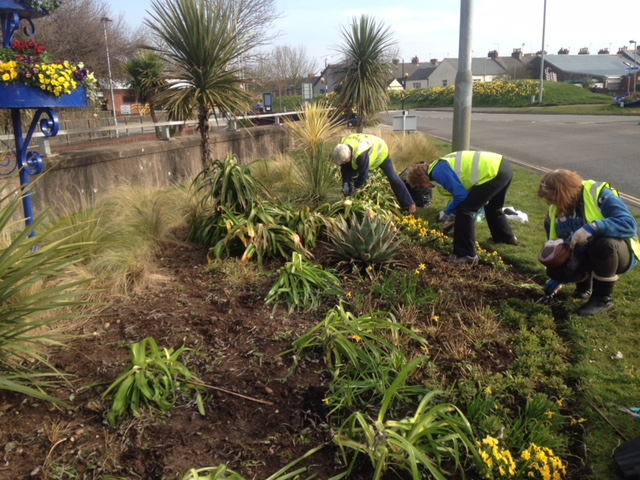 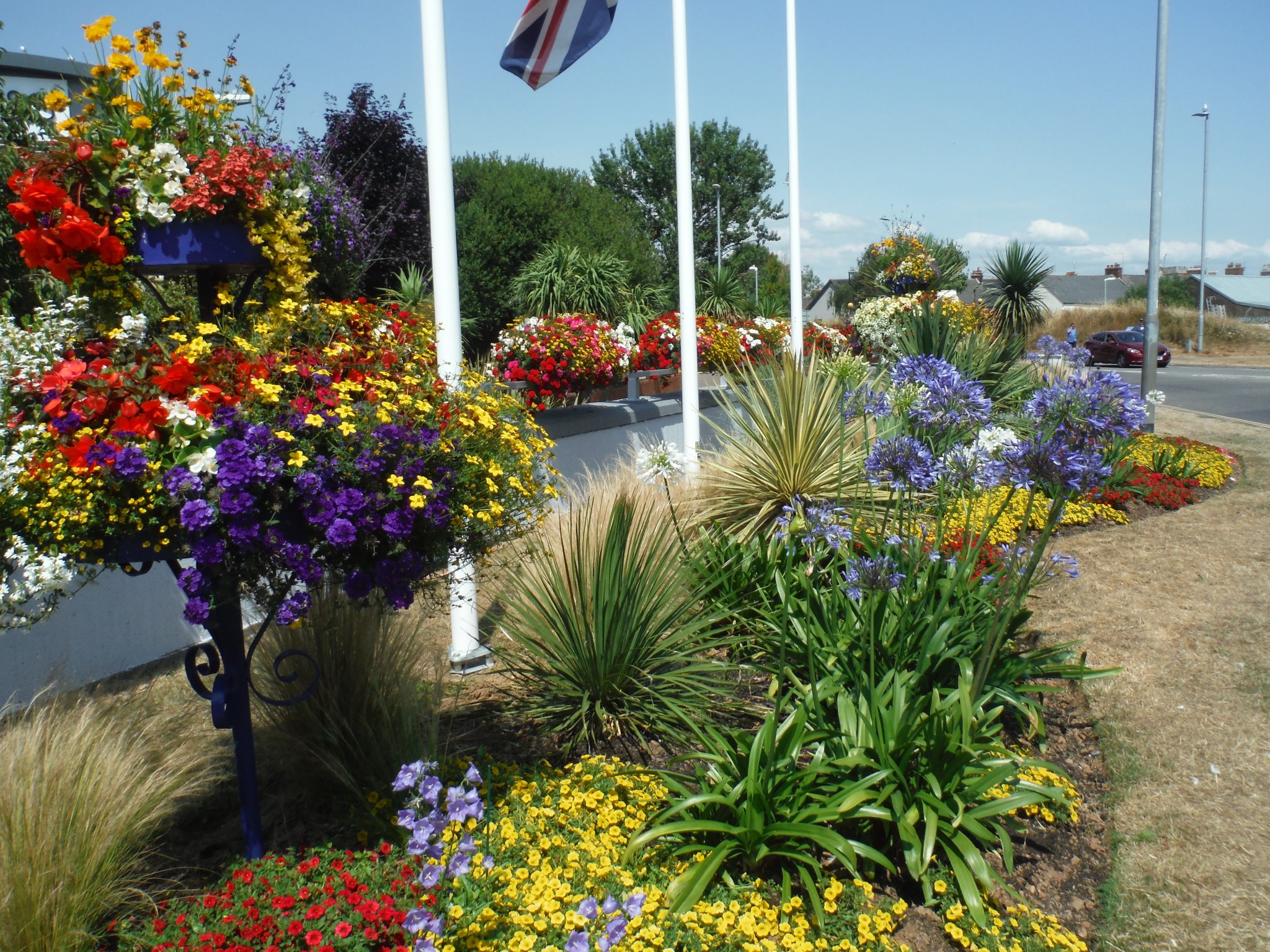 Today the bed has established permanent planting, enhanced by the Summer wall barrier troughs and Town Council’s fabulous Flower Towers all year round. And we have painted the walls behind the bed, giving a fresh new look to the whole area. 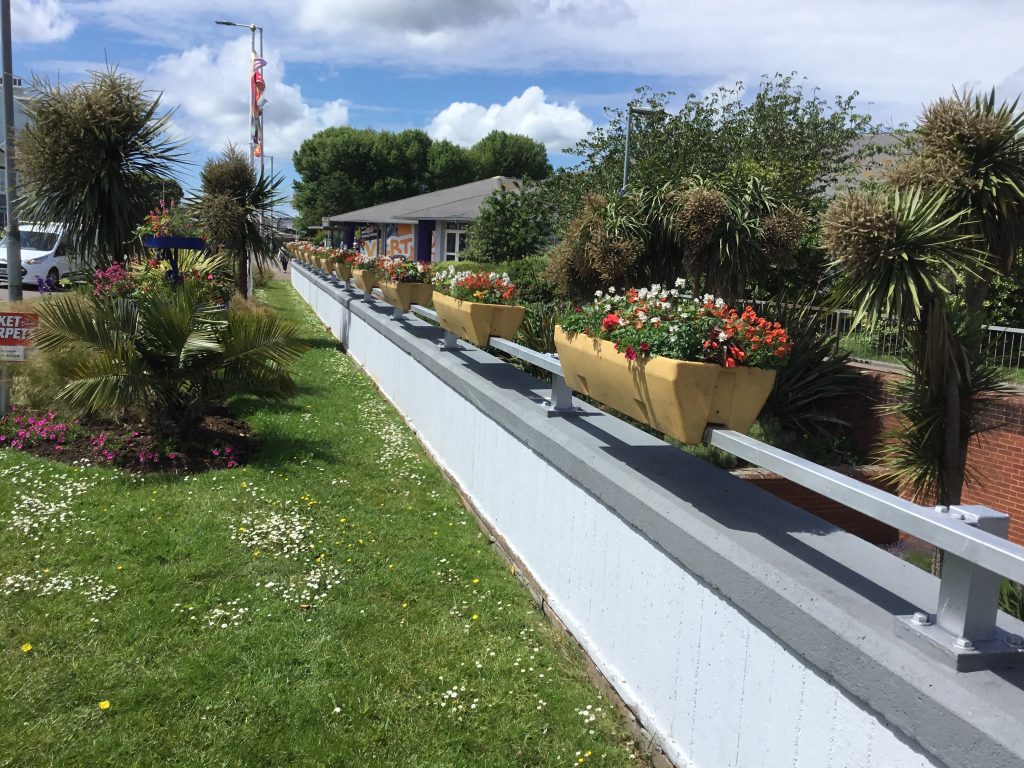 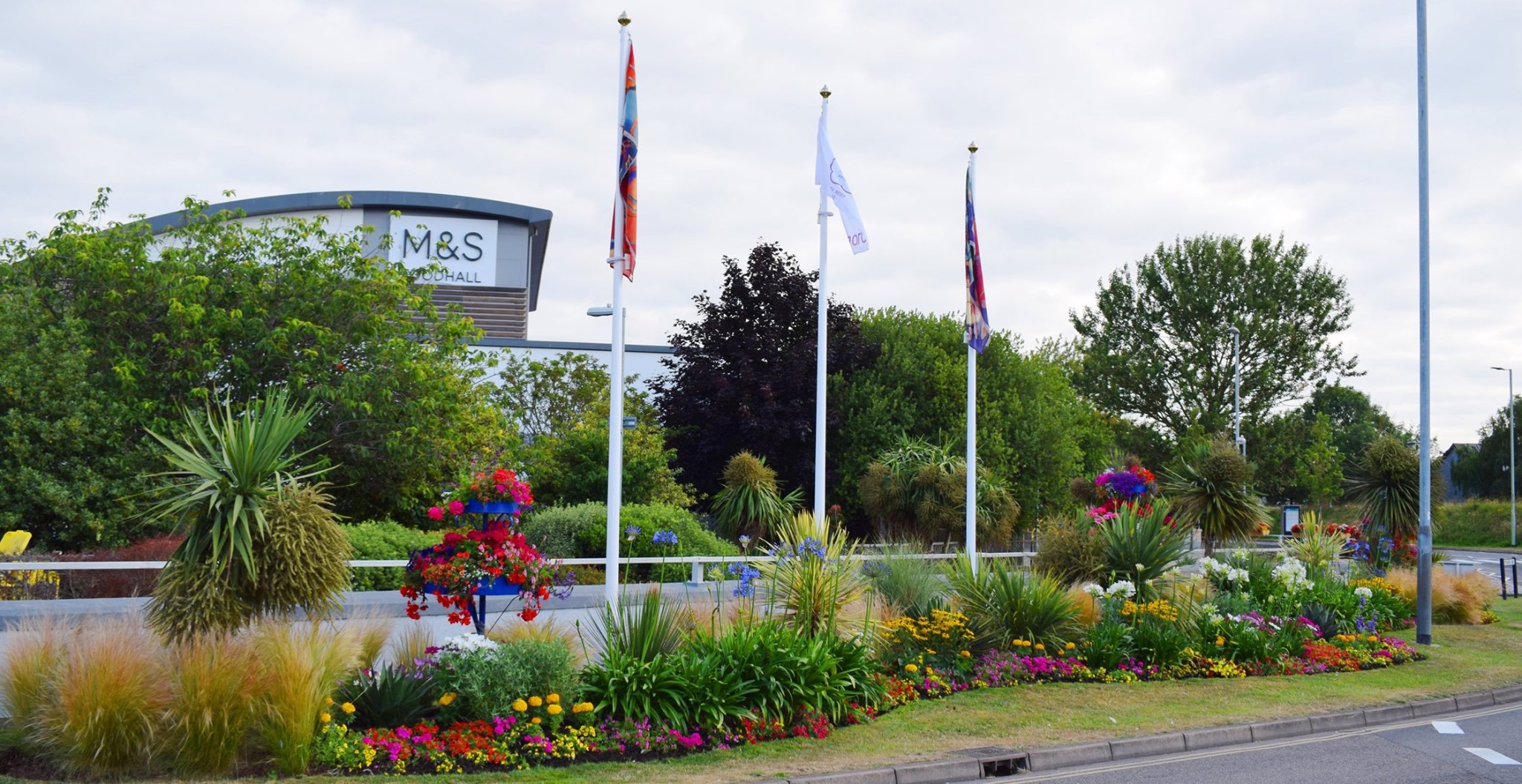