After a trial in 2011 (described below) when the flowers did not thrive we tried a different approach in 2015.

The aim  was to reduce grass-cutting to once a year, and provide year-round interest.  In the Autumn we strimmed, raked off and killed the grass in an area opposite the Station, then  sowed dwarf grass and perennial wild flower seeds.

The result of our efforts was a surprise.  The daffodils which have naturalised the bank over many years flowered like never before, presumably because they didn’t have to fight their way through the dense grass.  Unfortunately their leaves do make it quite difficult for the wildflowers to find enough light to grow.  We removed spent foliage and weeds and  this enabled more flowers to grow. A Wildflower information board was designed and installed in 2018. This shows photos of the wild flowers that were sown in the mix. 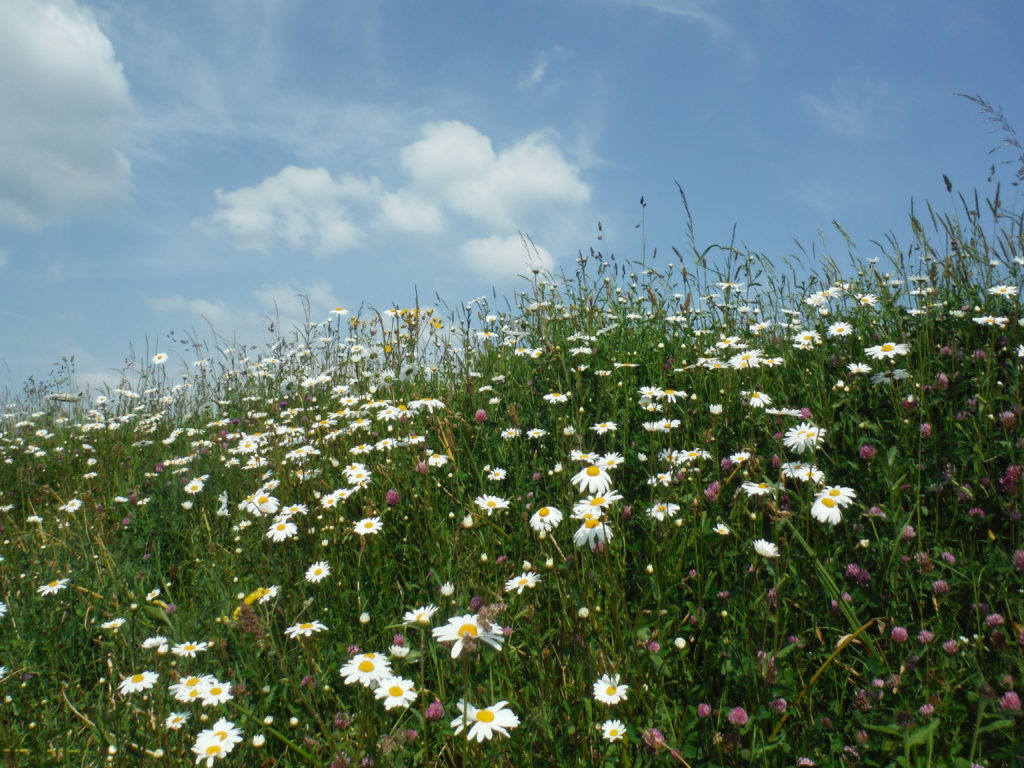 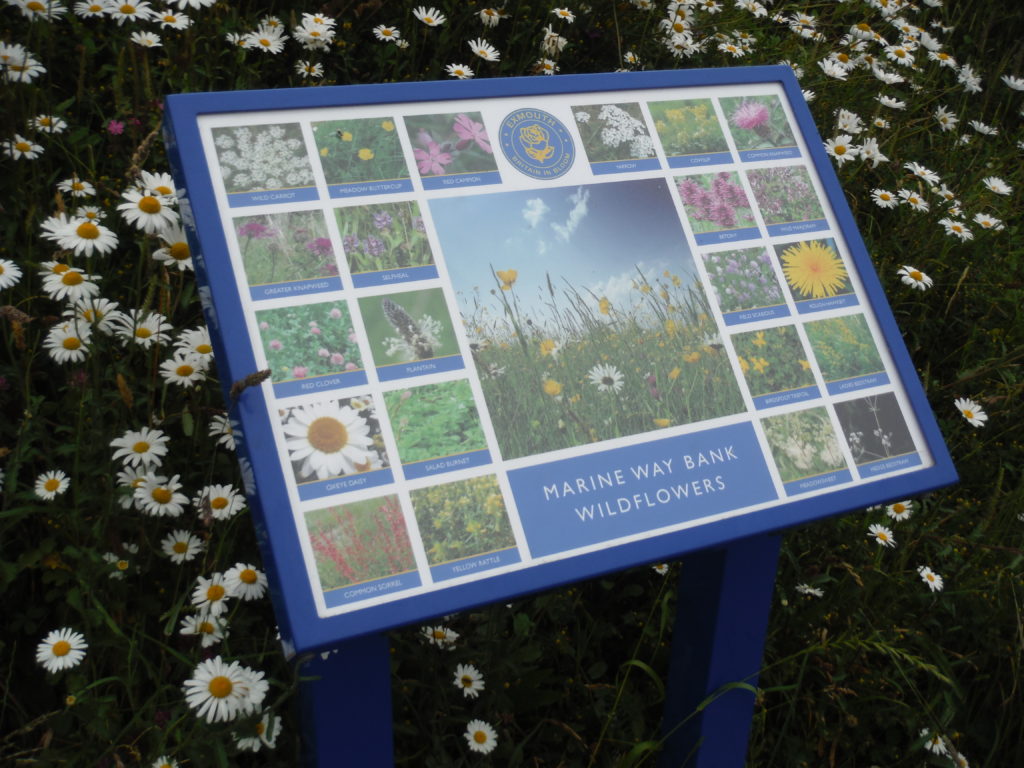 The whole bank is  now beginning to thrive as a result of all our efforts.