The original Dinosaur Trail in Exmouth was established in 2017 but due to planning permissions some of the models were moved into the Strand Gardens where they have stood ever since… out in all the elements. Liz Oram from Exmouth Town Team organised a repair and repaint day for them and Elaine and Richard from EiB went along to help today.  A wash and brush up followed by a repaint, was the order of the day. Dave Wilson of Wilsons Paints mixed up the correct original colours and what a difference it has made to the dinos that were painted. They certainly have a new lease of life.

This is an ongoing project so still more to be done including some fibreglass repairs.

Elaine and Richard painted the baby Brontosaurus from head to tail. 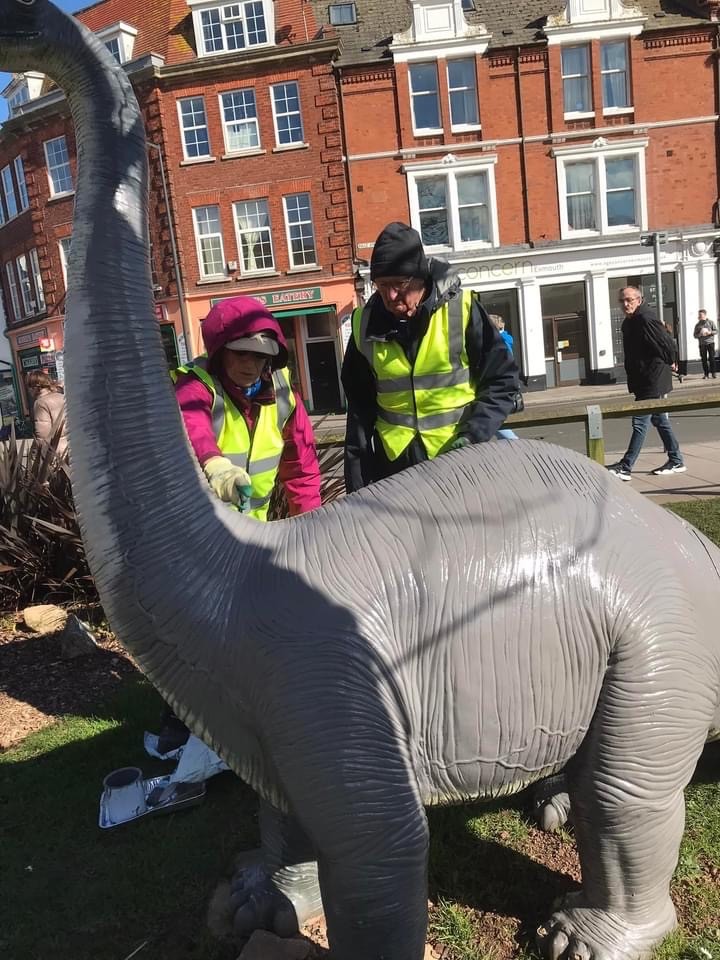 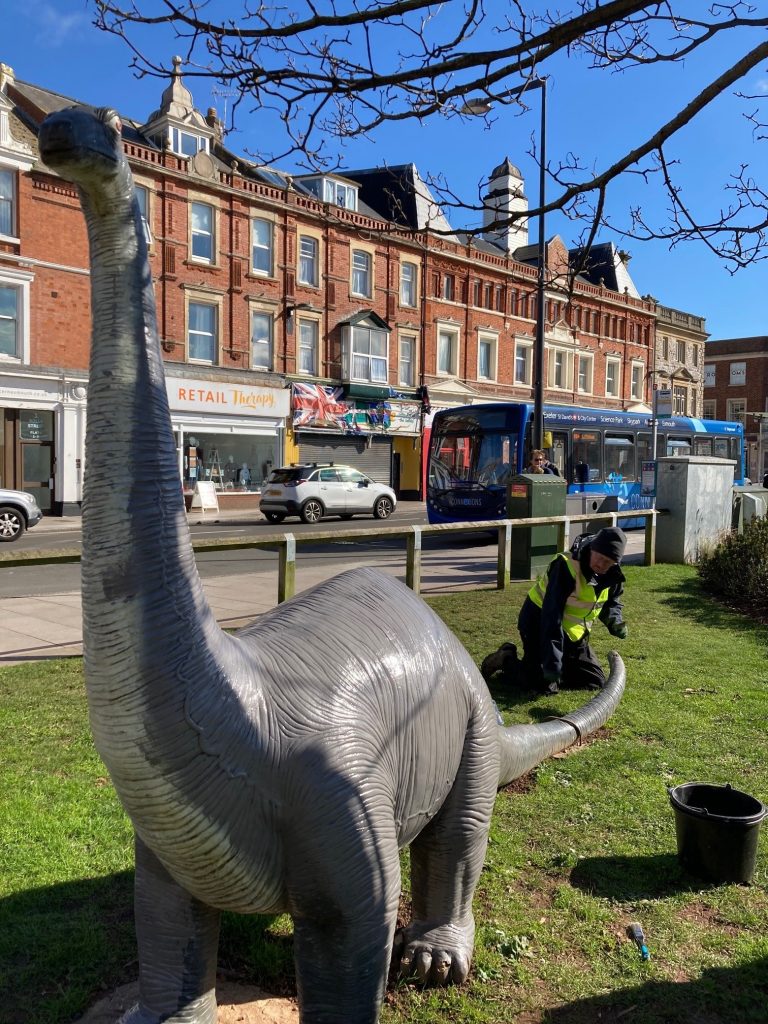 The T-Rex hatchling is looking much more realistic now. 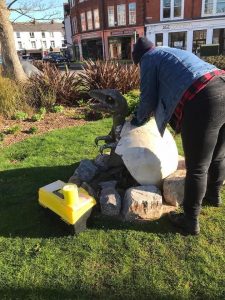 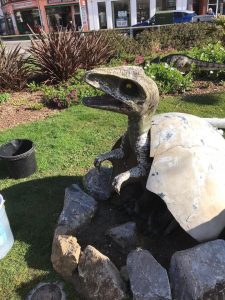 Watch out Dinosaurs about! 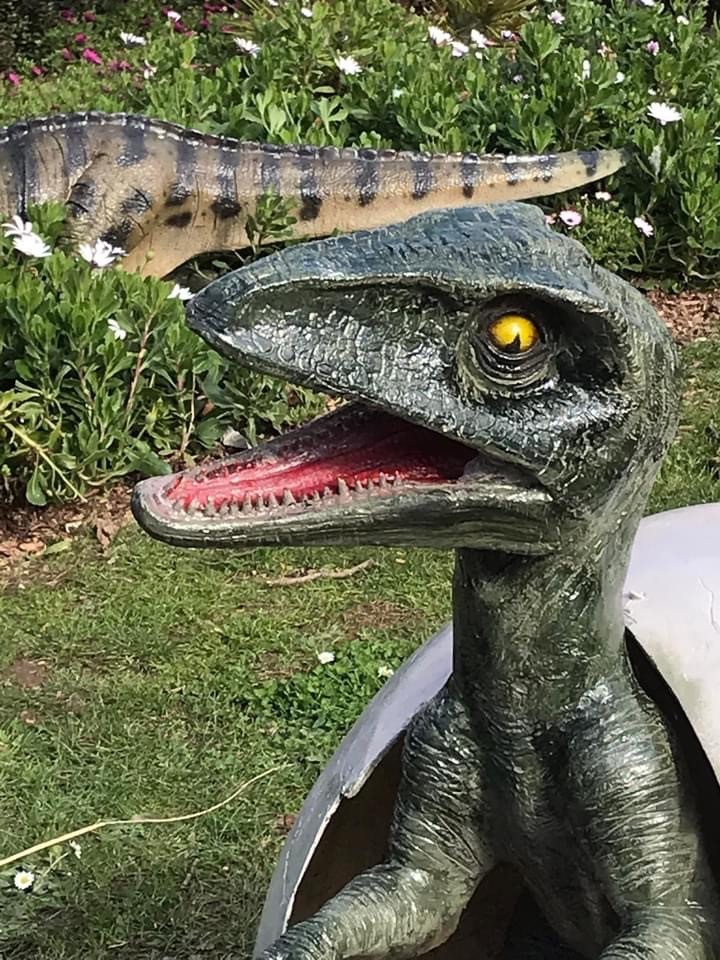