Following help from Exmouth in Bloom (See news item 11.12.21), Adrian Toole unveiled the memorial to his daughter Joanna on this wonderful sunny day. He was surrounded and supported by his family, friends and trustees of the Joanna Toole Foundation. The Mayor of Exmouth unveiled the memorial seat and Adrian thanked the many people who had made the memorial possible. These included Graham Bell from Exmouth in Bloom for providing his advice re. contacts and his horticultural  help and knowledge, pointing Adrian in the right direction to make the memorial a reality. ‘Salty’ Salter and Anthony Doble who respectively designed and crafted the memorial and DCC Councillor Richard Scott who facilitated permission for the site and existing bench to be used.  The QR code on the memorial can be captured and the story of Joanna and the work of her Foundation can be read there, or by going to this website:

Following the ceremony Adrian invited those present to take a handful of wild flower seeds, that Graham had previously prepared, to broadcast on the soil behind the memorial. It is hoped that this, along with some permanent planting also establishing there, will give a joyous colourful self-seeding show from this summer onwards.

Friends, family and trustees  assembled on the Exe Estuary Path. 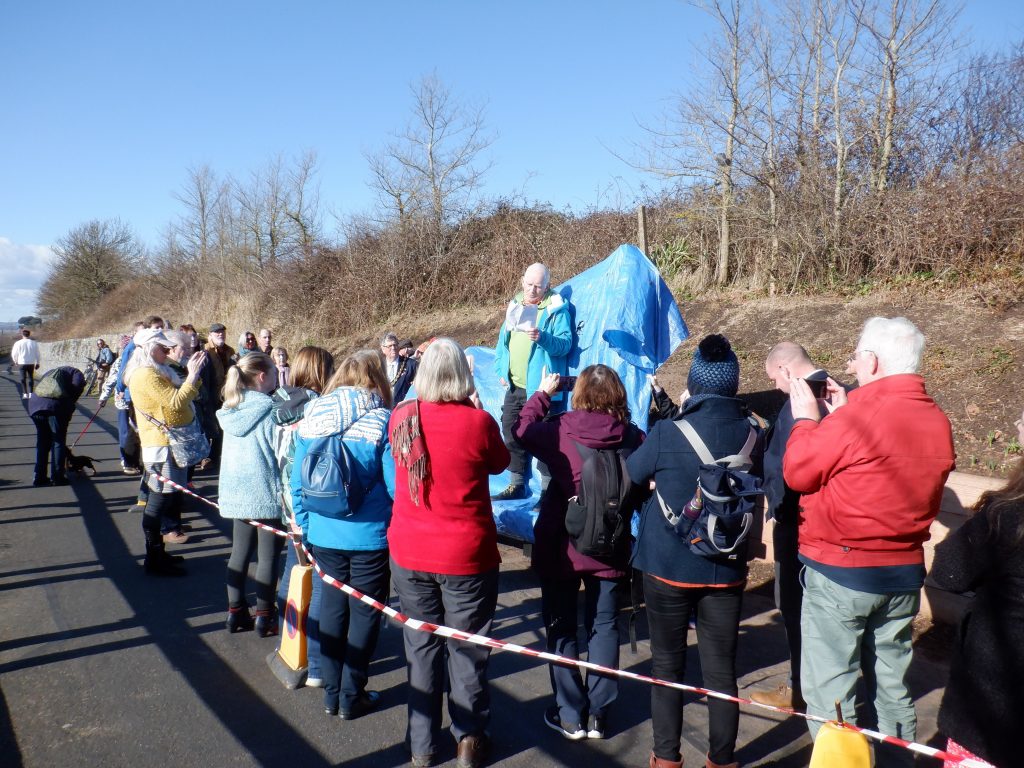 Anthony Doble (left) and ‘Salty’ Salter with the beautiful Exe estuary view beyond. 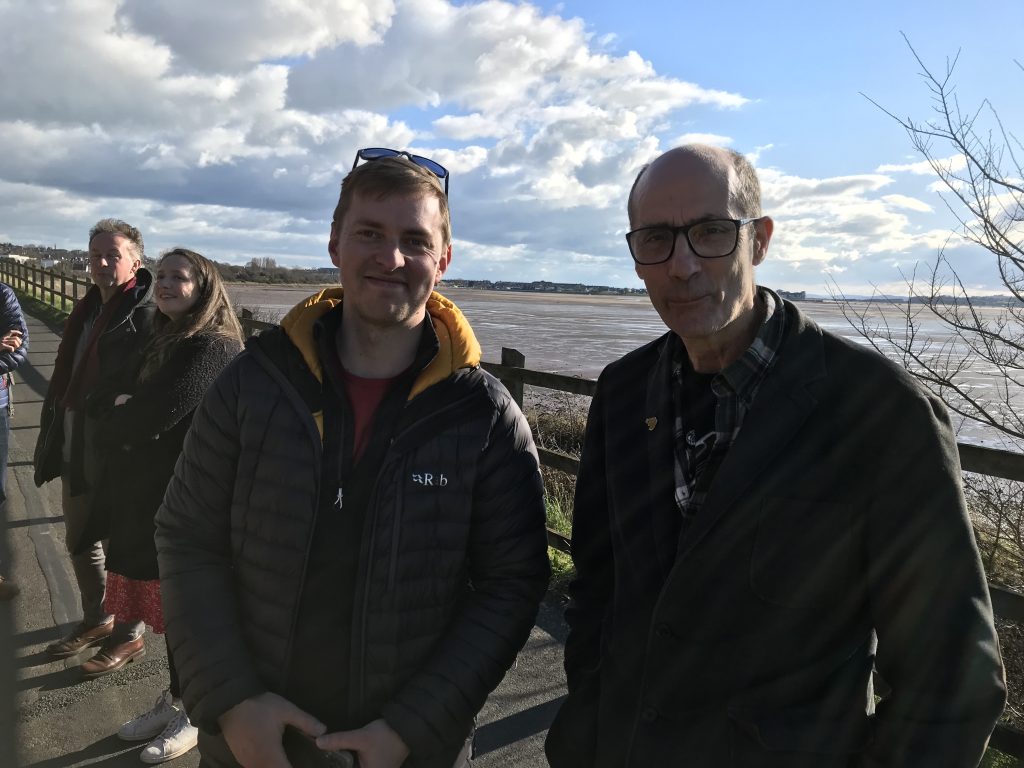 Adrian tied some fresh garden flowers to the memorial 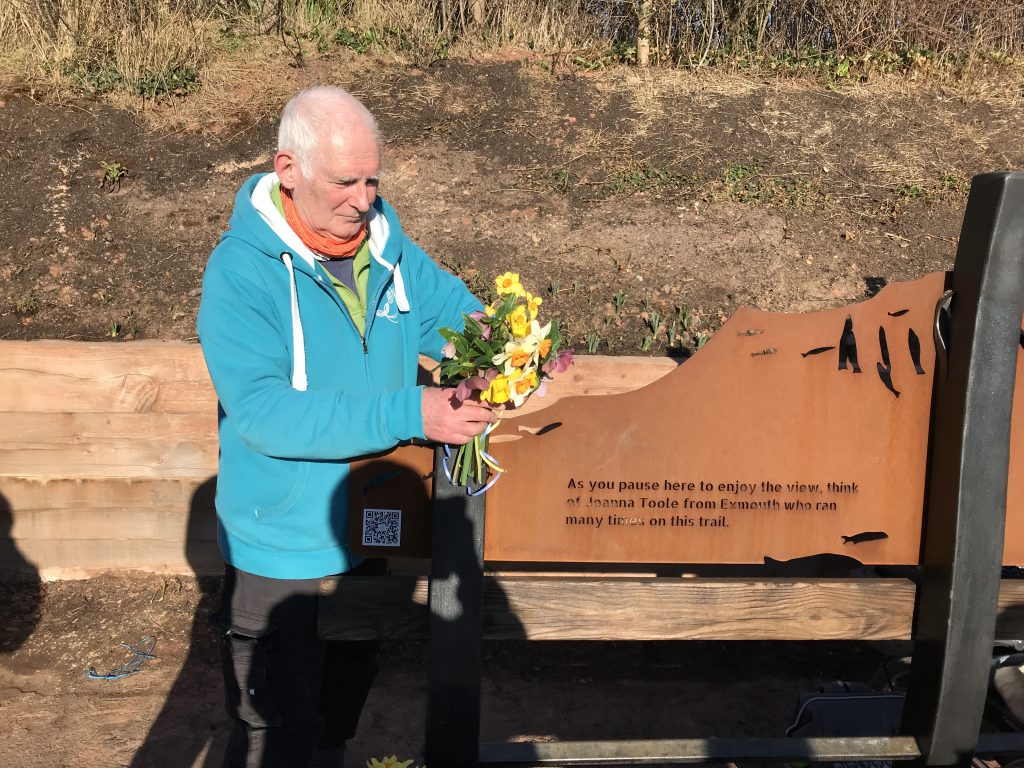 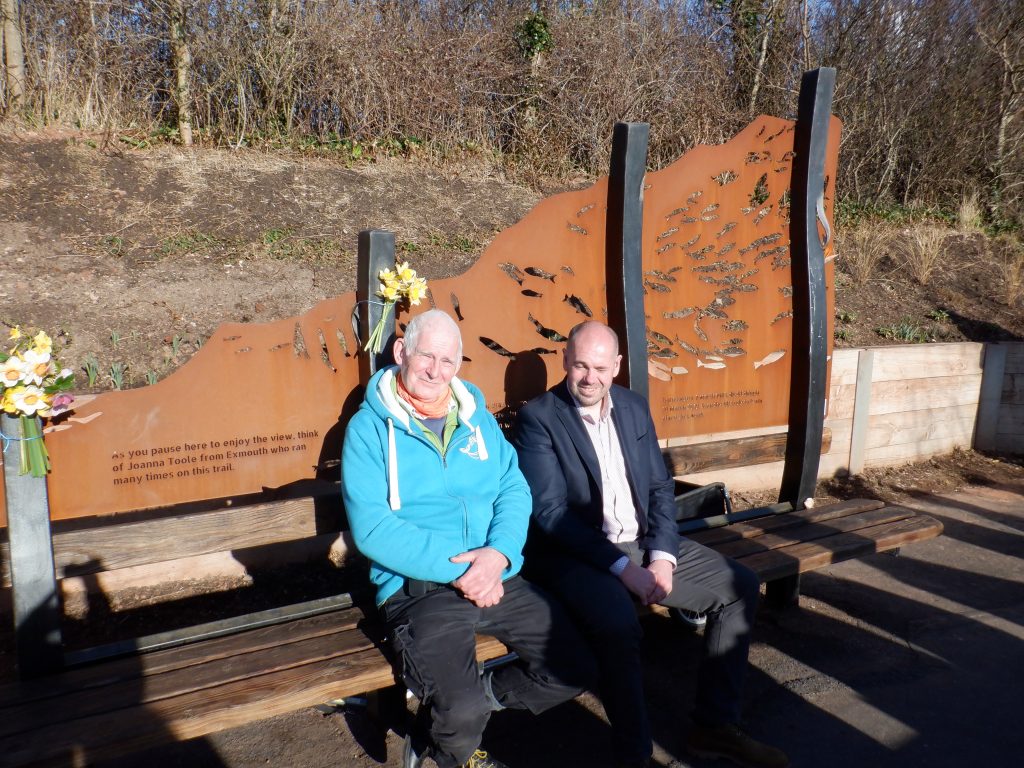 The cut out shapes make wonderful shadows on the bank behind in the sunshine. 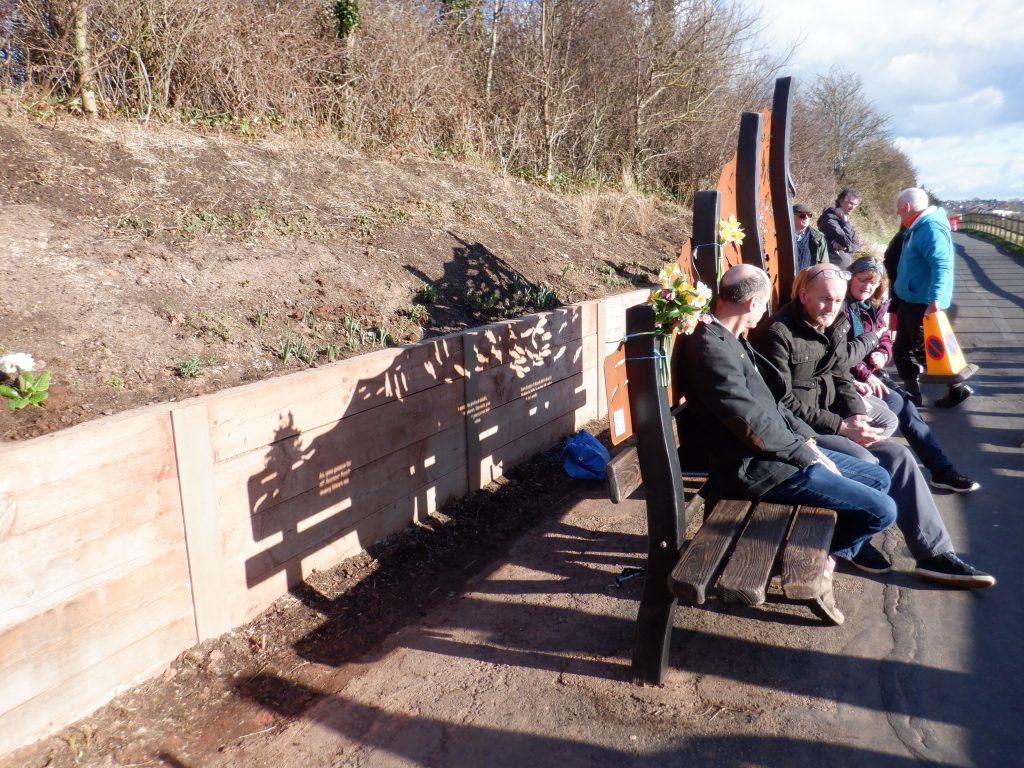 You can capture the QR code on your phone. 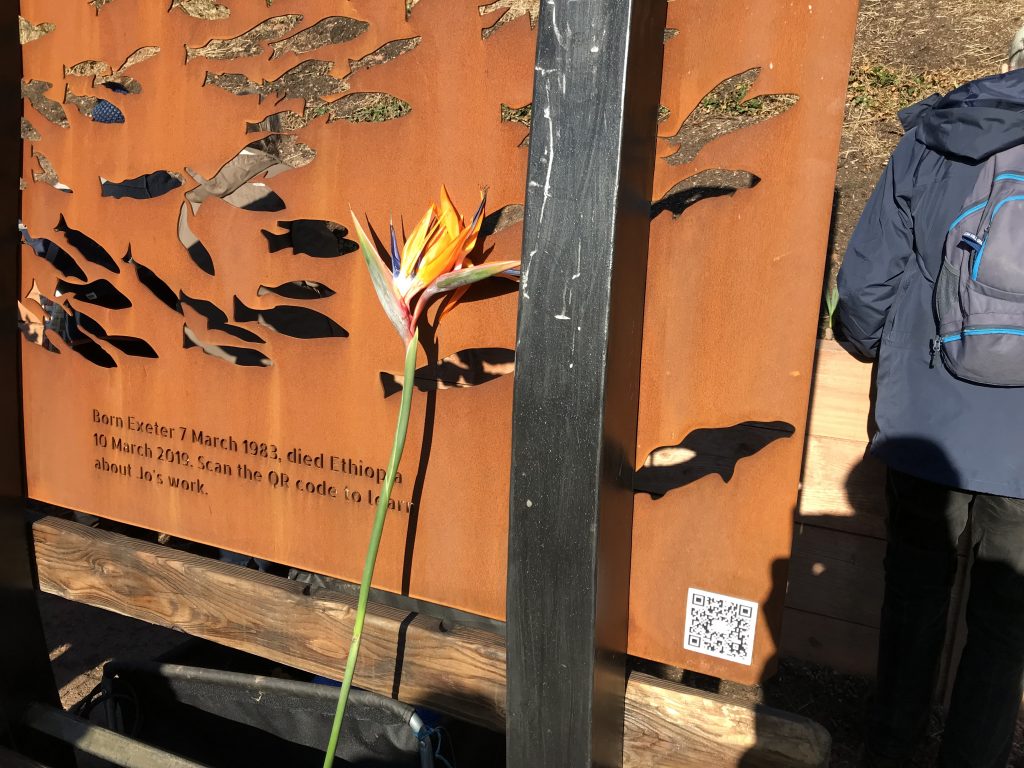 Graham provided chitted wild flower seed for the area behind the seat. 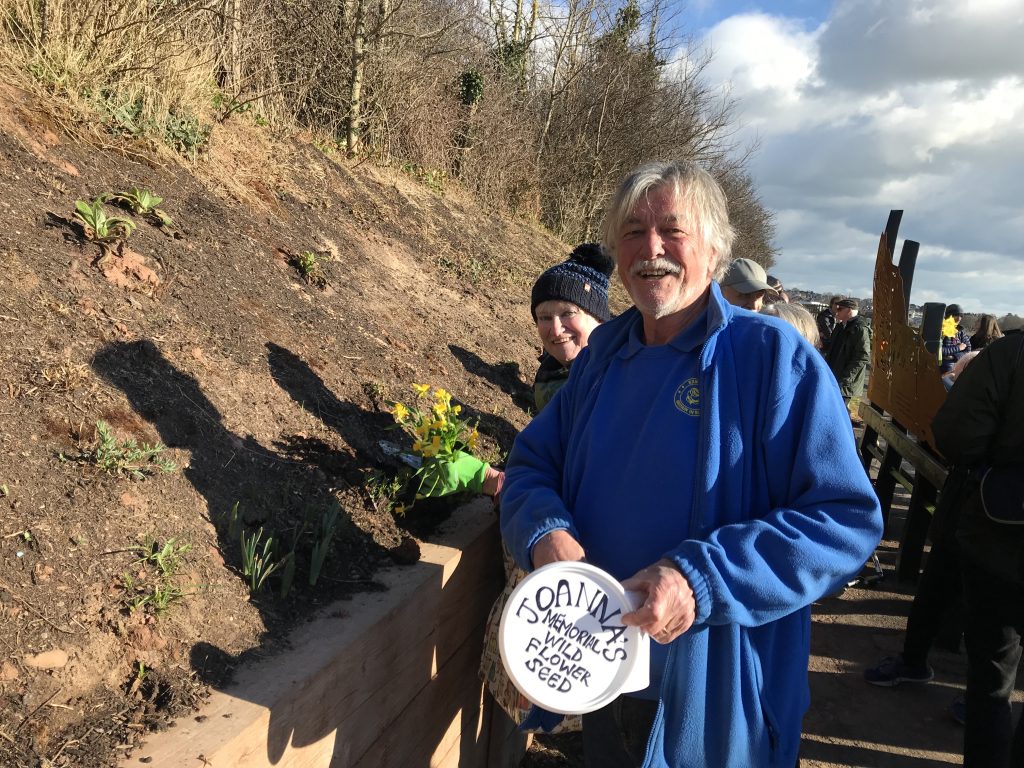 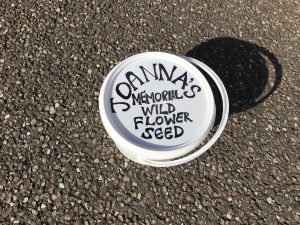