Earier this year  South West Water,  who owns the Sewage Pumping Station, had a re-think on the escape door from their building. Originally we were given permission and allowed for a small door from the interior to be an accessible escape route but some new Health and Safety measures meant that we had to cut a new door section out of the mural leaving a substantial ‘gash’ in the mural itself. Today Graham and Gillie, with Peter’s assistance, repainted the area in question so that you would hardly notice the change. The Swan also got a face lift and looks as magnificent as ever.

The new door hinge and bricks exposed. The smaller original emergency exit is to the left. 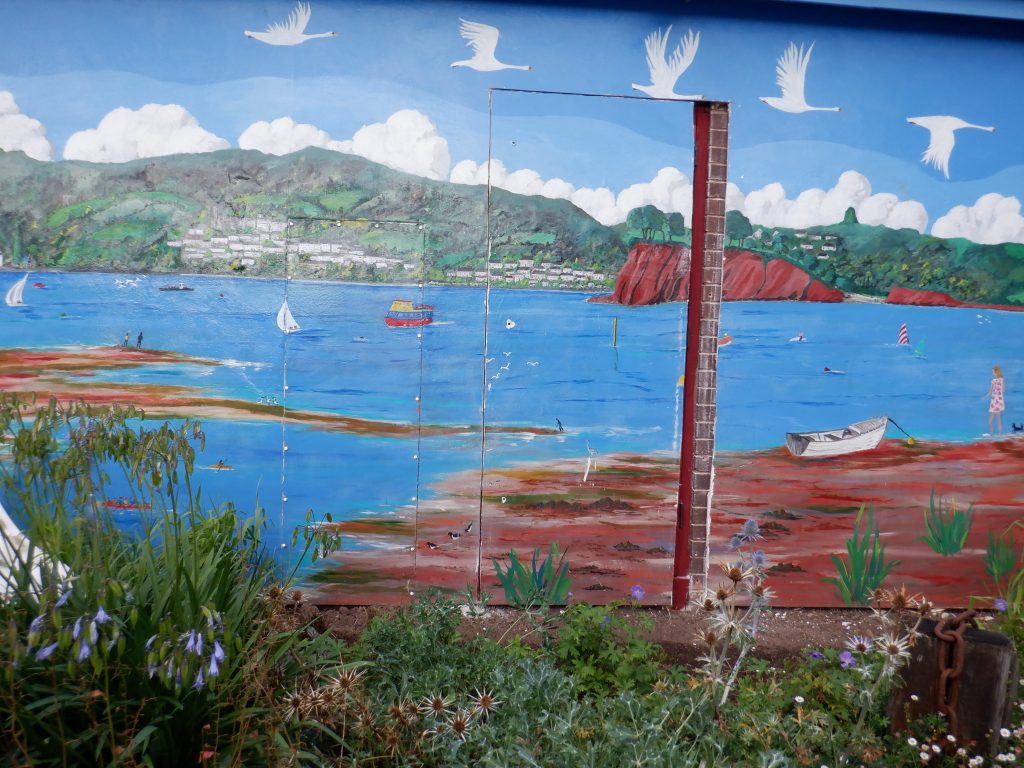 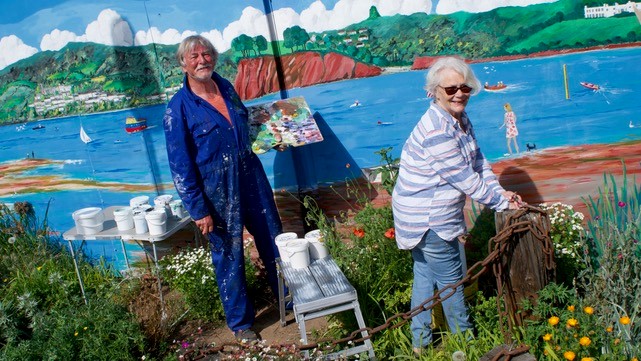 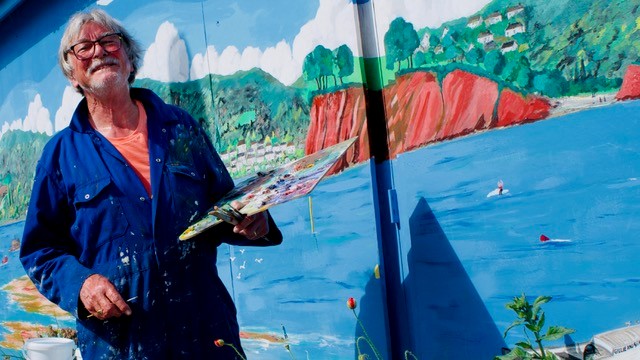 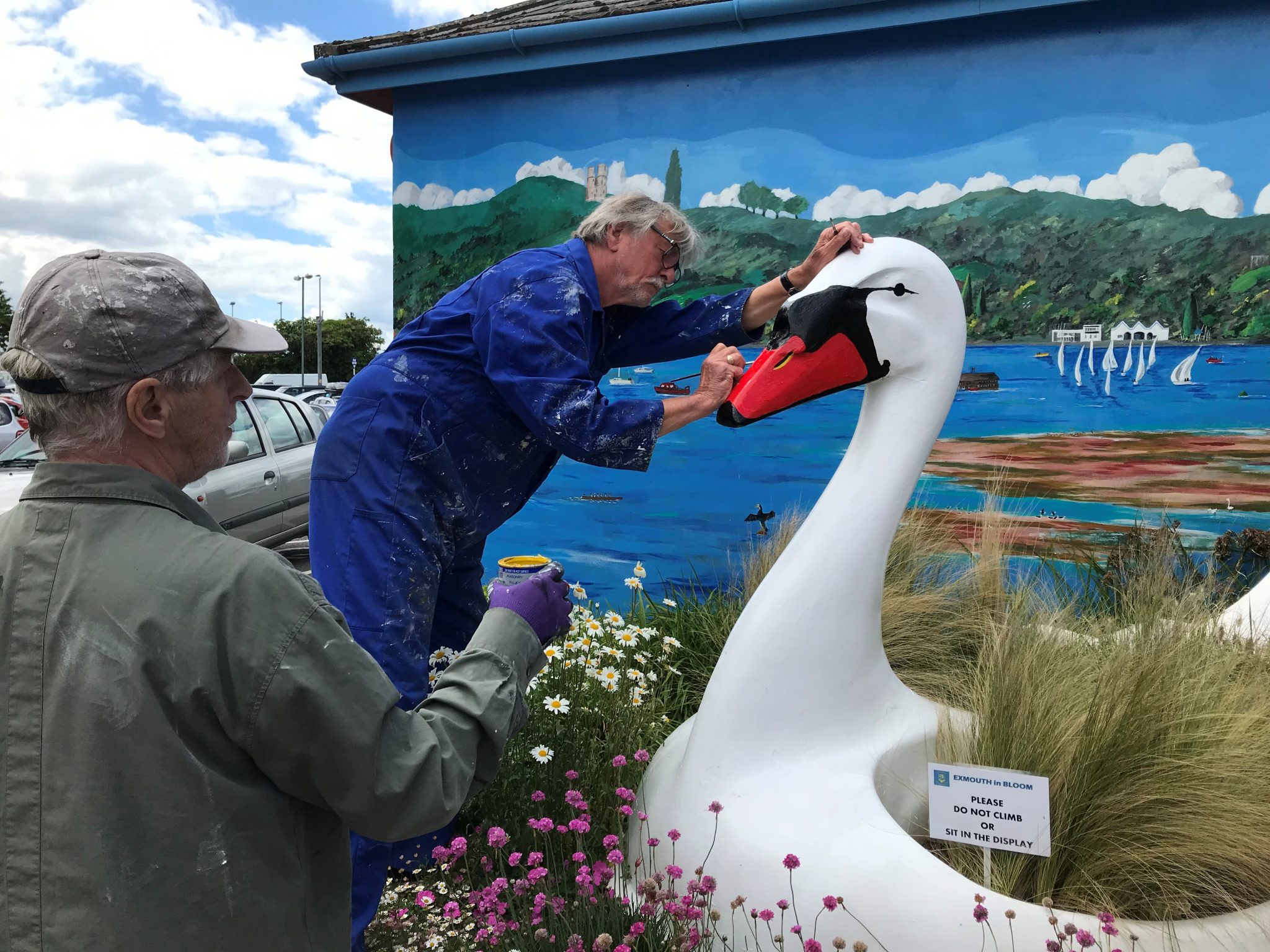