The sun shone for our June table top sale hosted at Carol’s house.  Trade was brisk as we had a full compliment of goods for sale, including our 2022 Calendars. We completely ran out of home made chutney and jam  and were almost cleared out of Sharon’s marmalade.

Sharon had grown on Cosmos, Zinnias and Dianthus and along with other beautiful donated plants including vegetables and Carol’s nurtured cuttings, shrubs, perennials and Pride of Exmouth Pelagoniums, buyers had a big choice of some good quality plants at bargain prices.

Thanks go to the Mayor and Town Crier for their ‘official opening’ and kind words of support and to Mark for all his help setting up the tables etc.

A marvellous total of £552.67 was raised. Great team work again from the Volunteer Bloomers.

Our new Golden Anniversary Flag was on show. 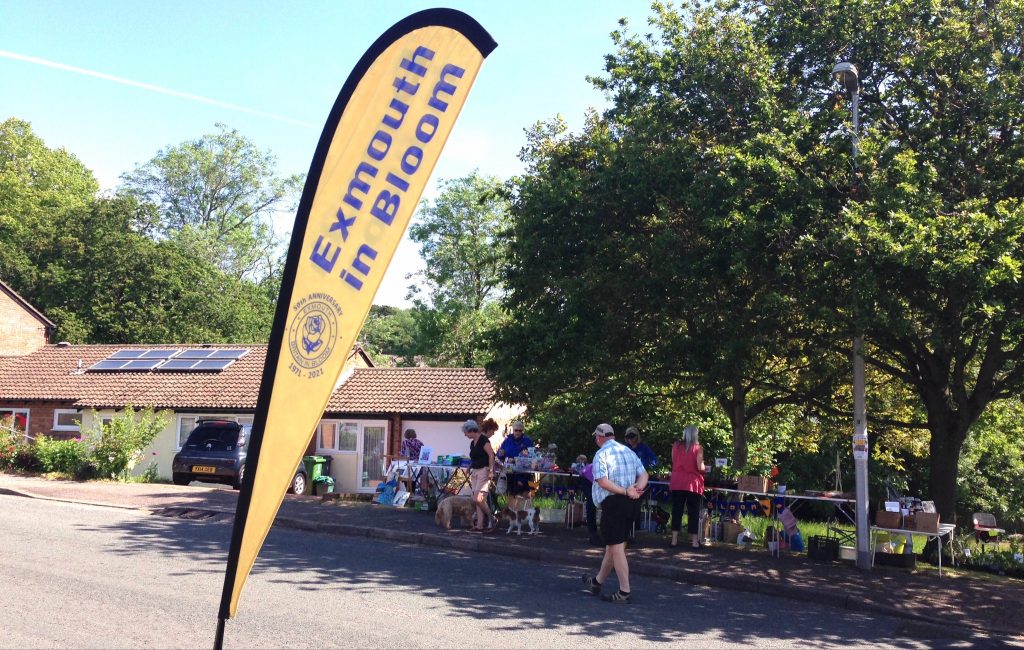 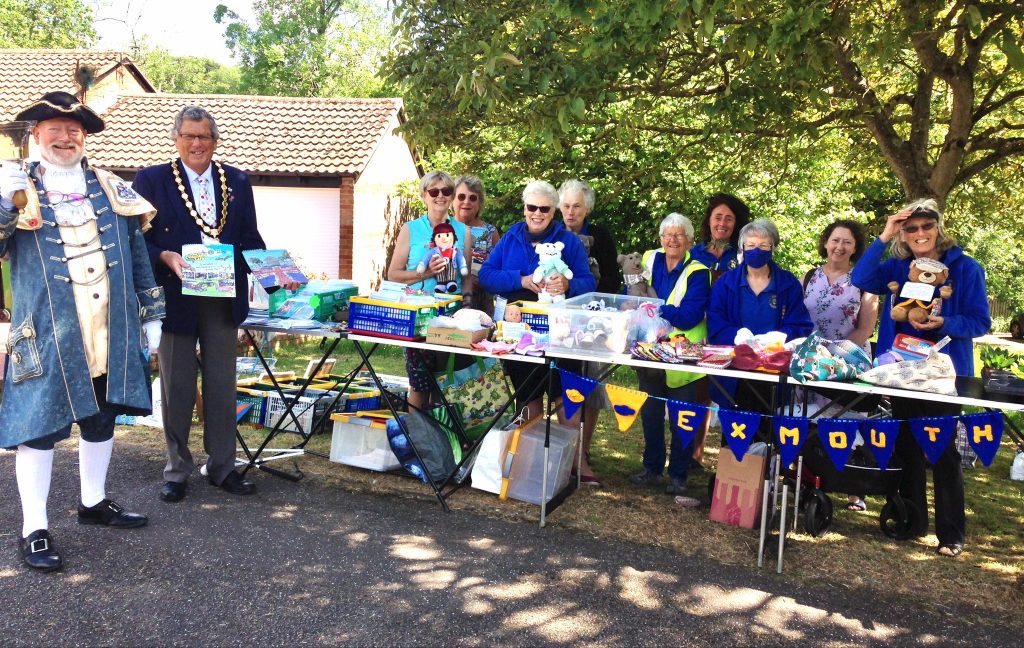 Pride of Exmouth peligoniums sold out. 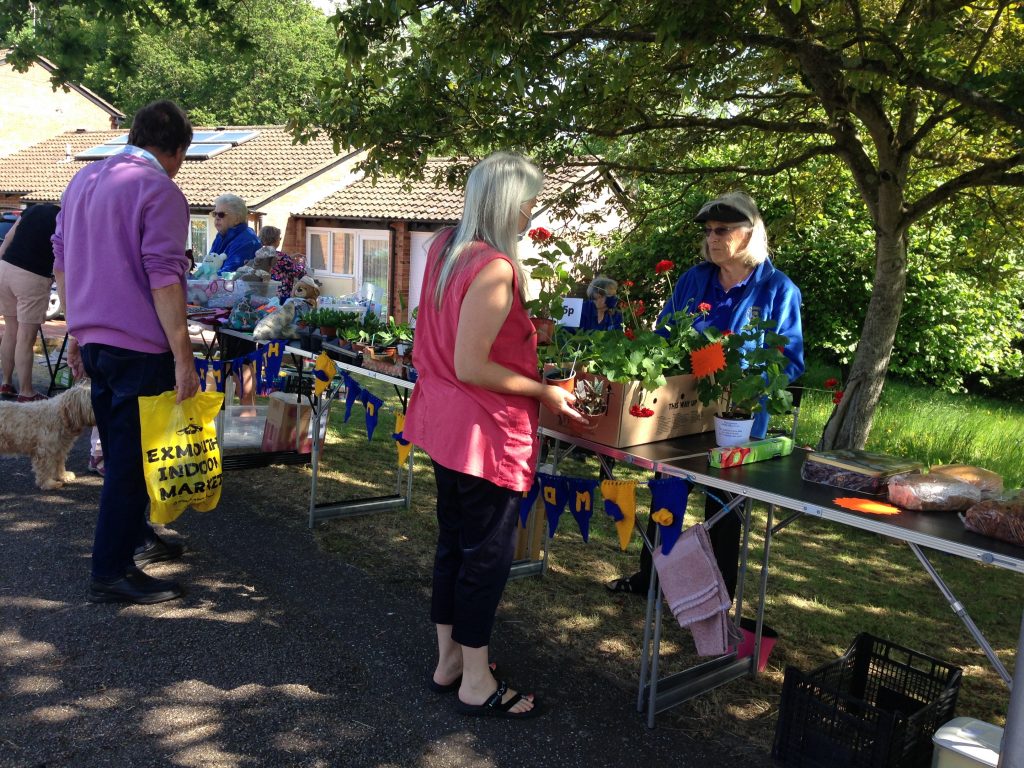 Preserves and Cakes were as popular as ever. 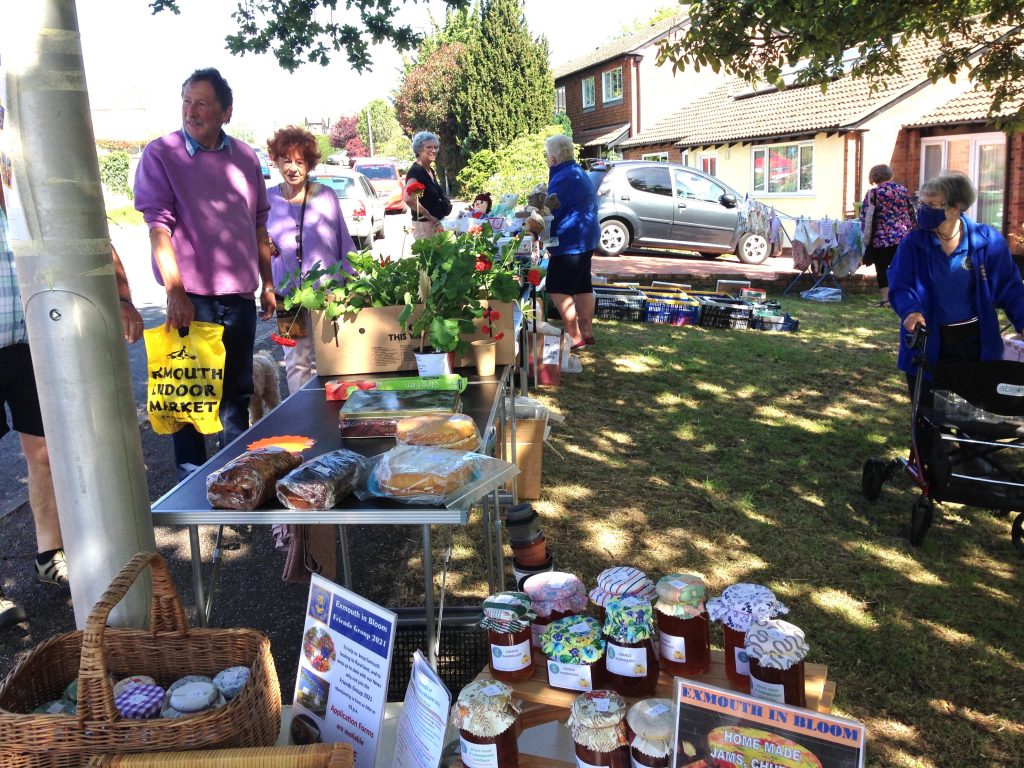 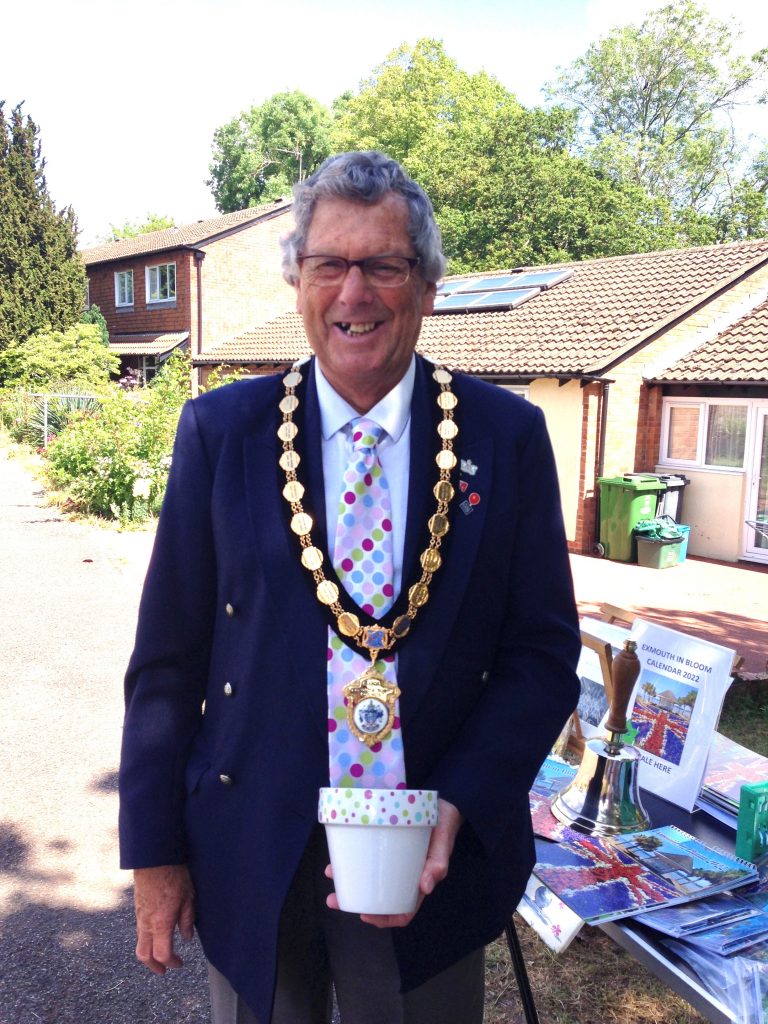