Over 100 people attended attended the Exmouth in Bloom fundraising Valentine’s Quiz Night on Friday and good time was certainly had by all.

We give huge thanks to  the GWRSA Club staff who provided their facilities  without charge, in support of the work that we do in the town and who set up the room and manned the bar all evening. It  was perfect.

Also thanks go to the incredible Ed Lee (who runs the weekly Thursday night Quiz at the venue), who not only designed the questions but also ran  the evening in his usual experienced and inimitable way.

Devon County Councillor Richard Scott joined Chairman Gerry Bassett’s team of ‘Allsorts’  and Exmouth’s Mayor, Steve Gazzard said a few words of appreciation before joining the ‘Diggers’ team. The winning team (out of 18 teams) was ‘Two Wendys and Three Jennys’, who recieved 6 bottles of wine, that were generously donated by the Brixington Co-op.

The evening raised an magnificent total of £500  which included £188 from a raffle. This will be going towards some new ‘Celebration planters’ in the Station Welcome Zone.

Many thanks also go, of course, to all those who came to support and those who helped to organise the event, especially Sharon and Marion.

Caught in the act….Steve tries to get inside info from Ed the Quizmaster! 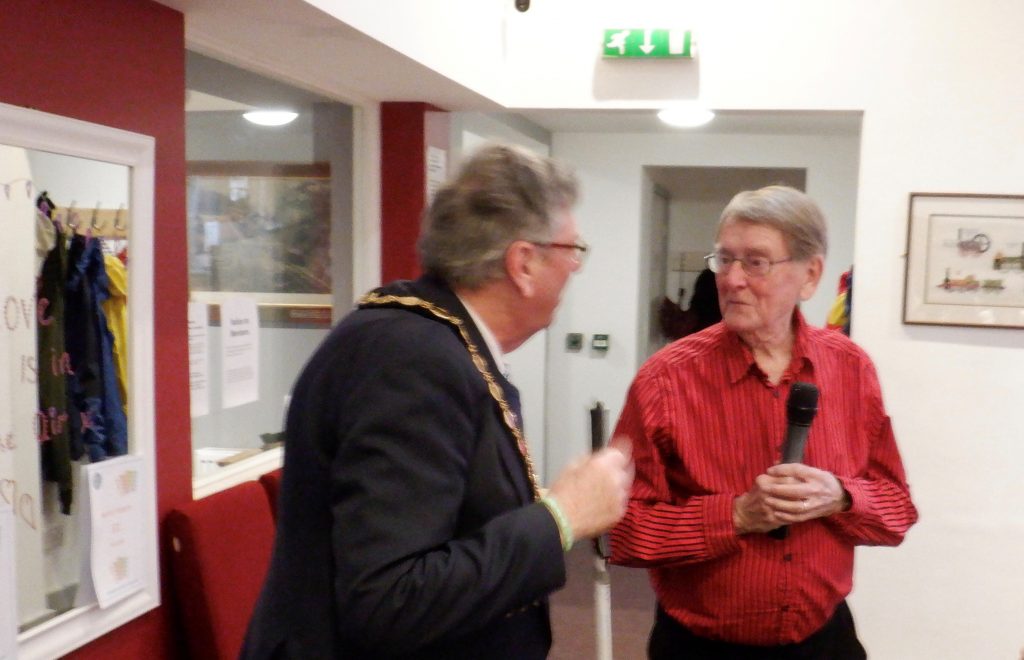 Carol and Sheila  sort out the Raffle tickets and prizes. 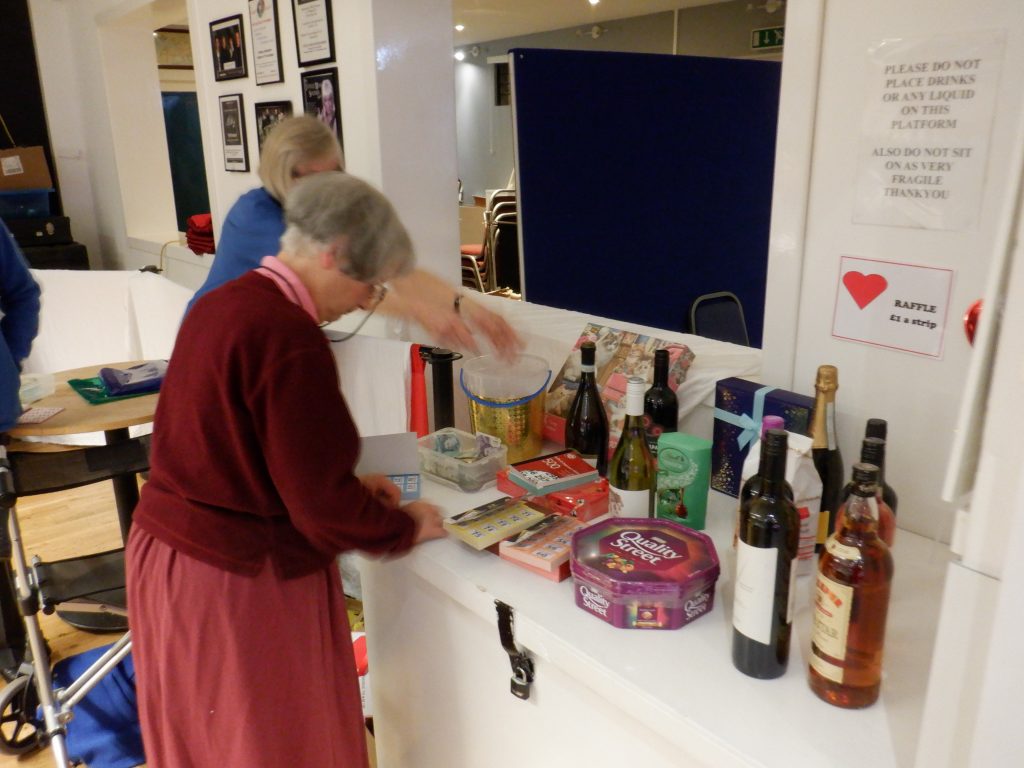 The event attracted over 100 people 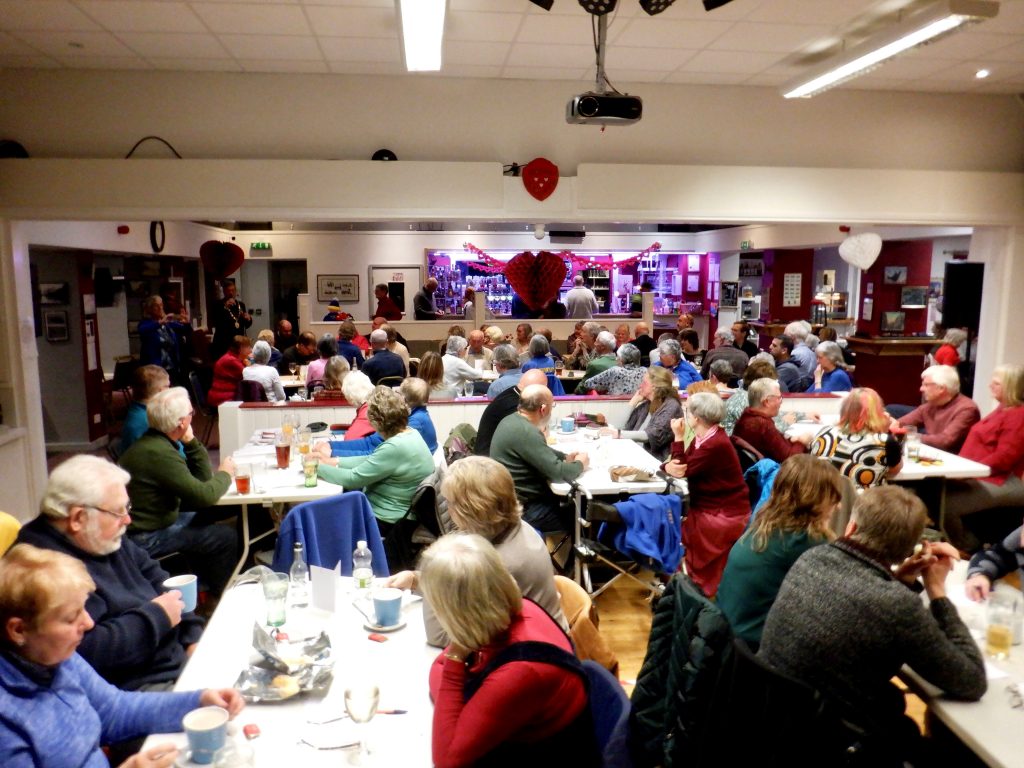 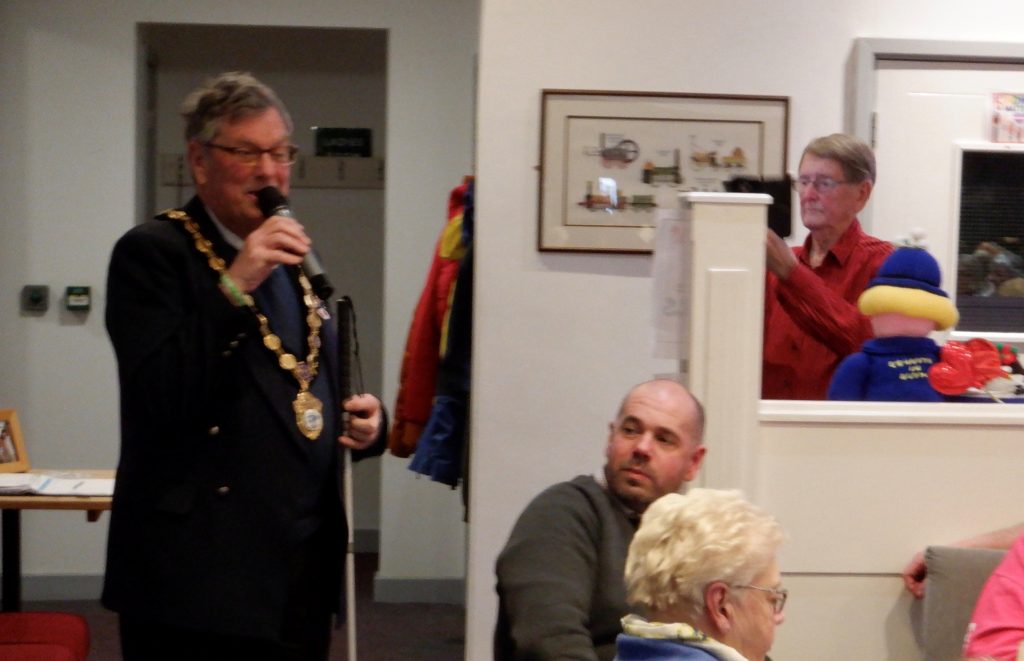 Congratulations to the Winning Team ‘2 Wendys and 3 Jennys’ 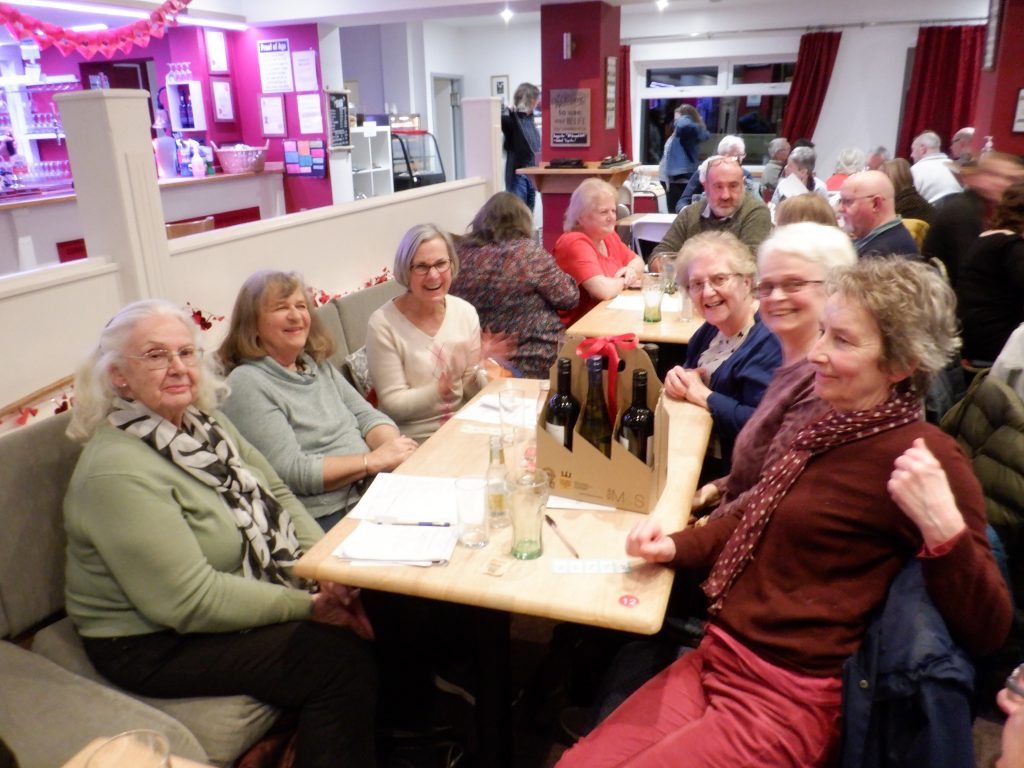