Having made 11 Exmouth-themed flags in February 2020 and not being able to fly them for our ( Covid cancelled) National Britain in Bloom entry, we held a Flag Flying ceremony today to acknowledge all those who had helped in the making of the flags. We also took this wonderful opportunity to publicly announce Exmouth in Bloom’s Golden 50th Anniversary.

Devon Councillors, Jeff Trail, Richard Scott and Christine Channing were thanked by EiB Chirman Mrs Gerry Bassett, for their financial support for the project. Project consultant Sue Atkinson and the team of Bloom volunteers and seamstresses making the flags, which were designed by Marion and Graham, were also thanked, along with Jon and Lee Muir ( Builders) who put up the brackets and installed the flags in The Strand and Imperial Road. They will be flying all Summer above Franklin’s Cafe and Bar, Travel World and Haldon House Surgery.

Chairman of Devon CC, Councillor Jeff Trail,  The Town Crier and Exmouth Mayor Councillor Steve Gazzard all congratulated the volunteers and spoke in praise and support of the high standards achieved in everything Exmouth in Bloom has done in the past  few years. They all re-iterated how hard we work, how much our work is appreciated in the town by residents and visitors alike and what a difference we have made.  We feel very proud indeed. 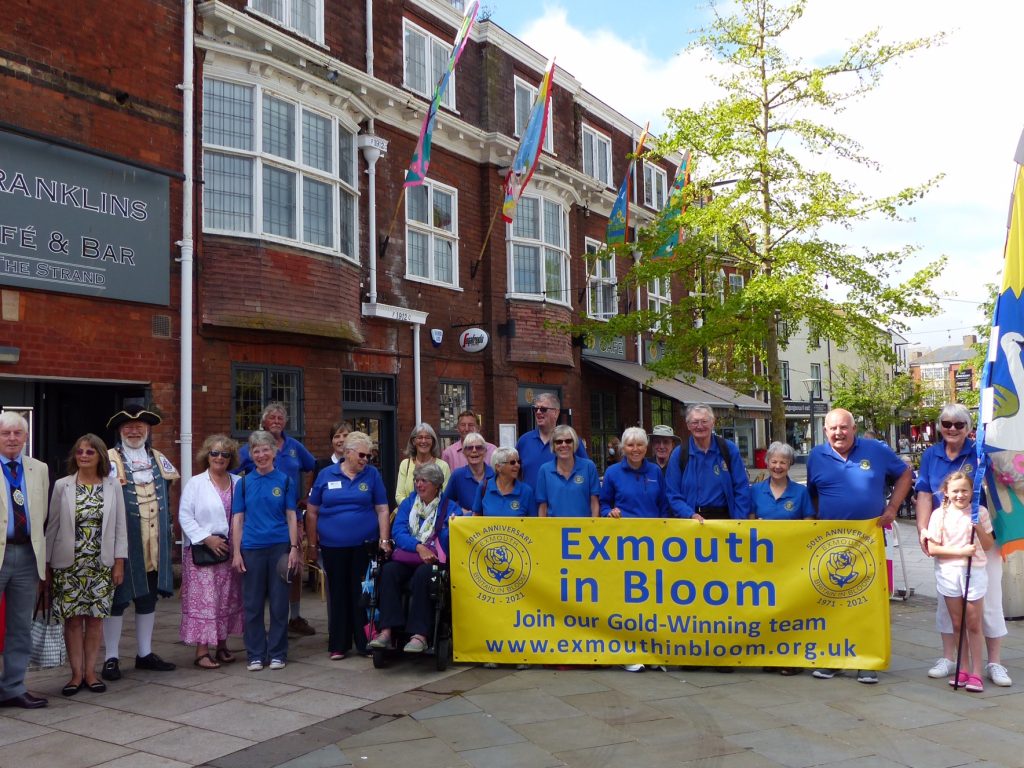 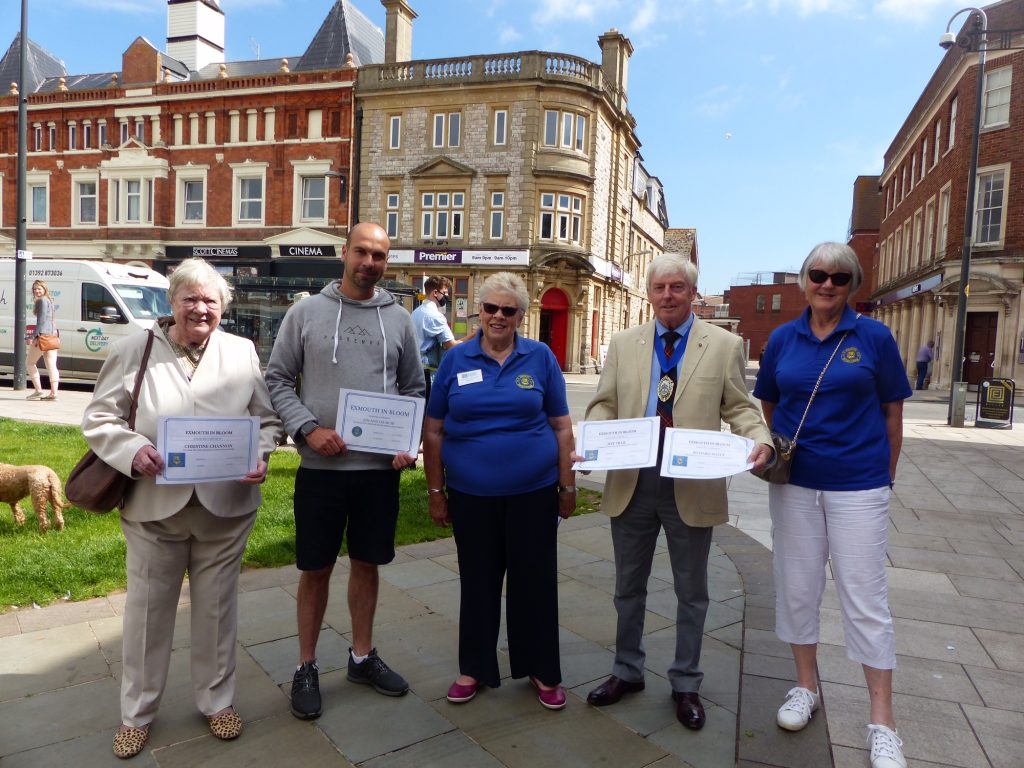 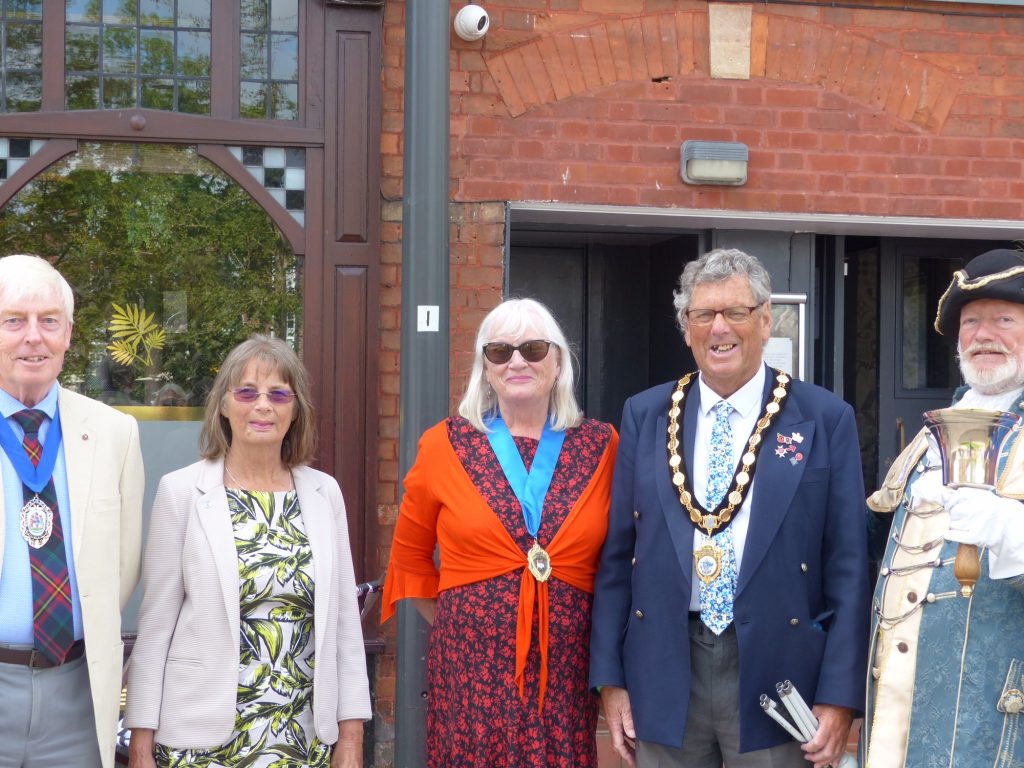 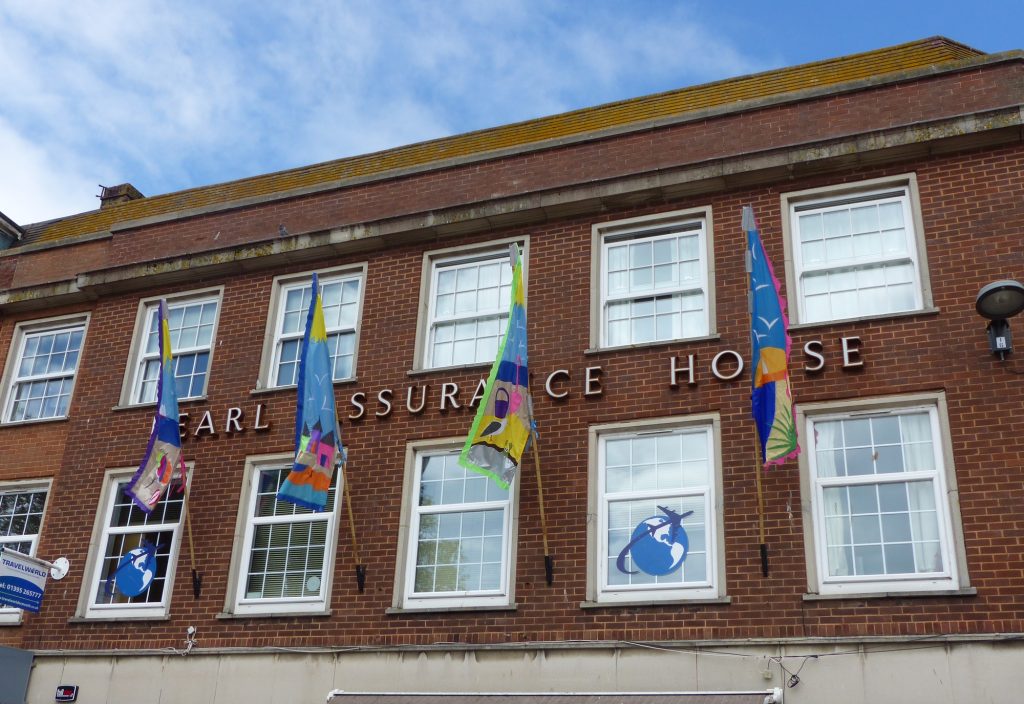 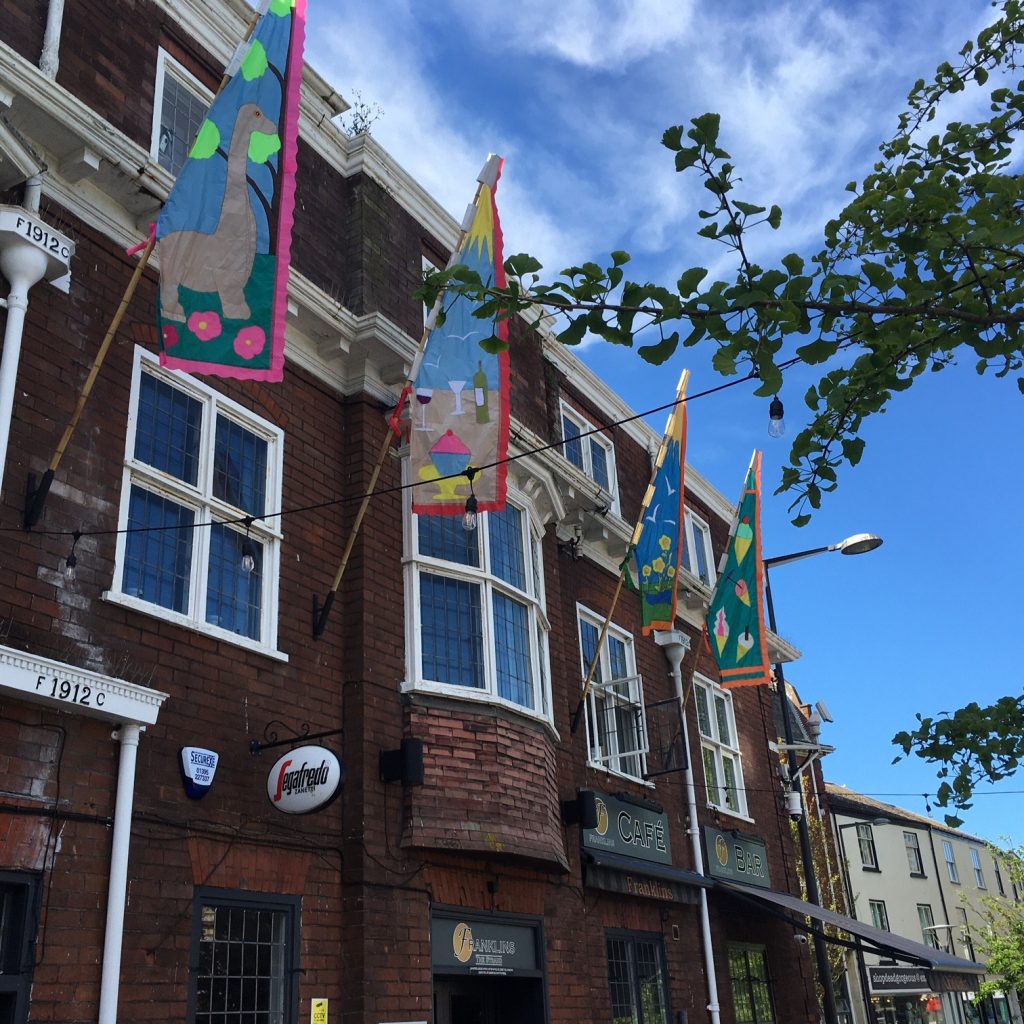