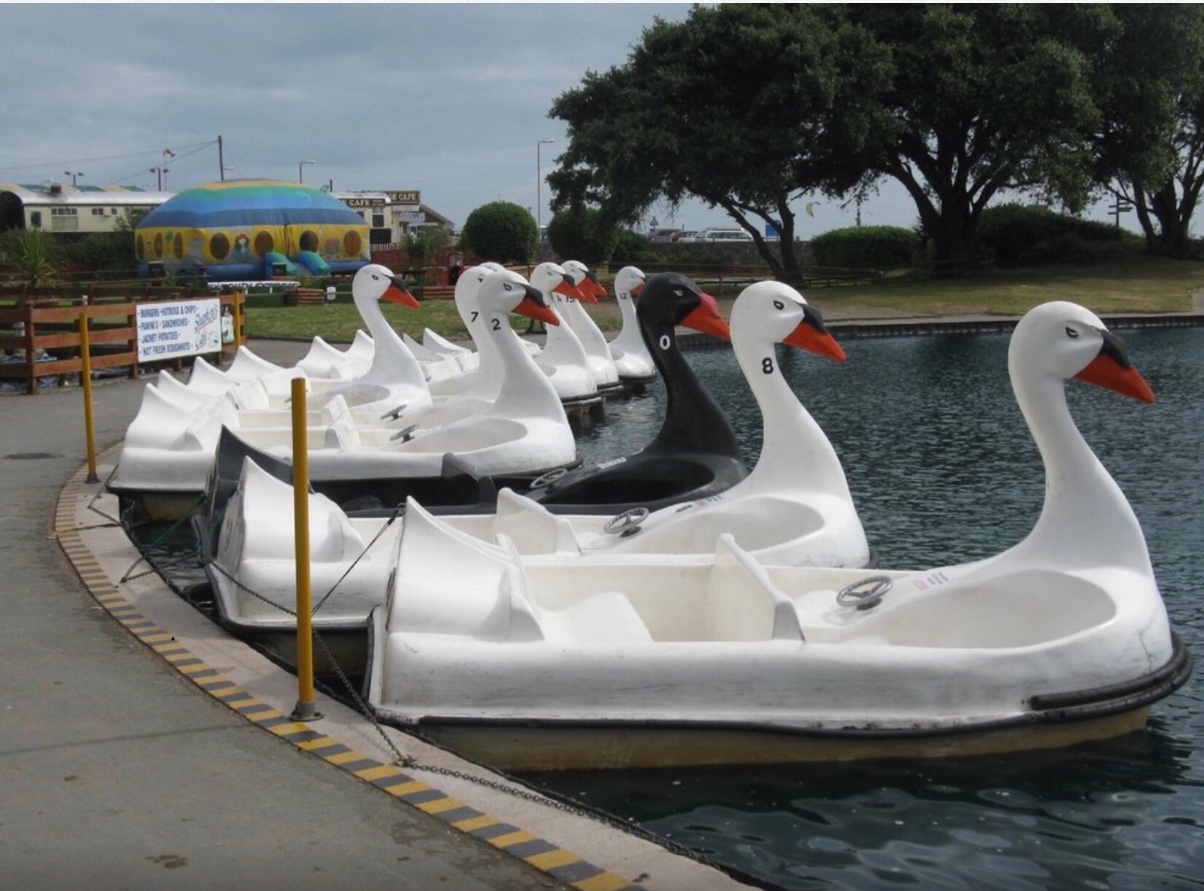 When the Seafront fun Park was closed down last summer, Chris Wright gave Exmouth in Bloom the smallest two-seater Swan boat. A site near the LED Leisure Centre was acquired by Peter Riggs for our use from South West Water. we are indebted to Exmouth Town Team who have agreed to generously fund The Swan Project.  Toolcare of Exmouth erected a security fencing around the area.

The series of photos below shows the progression of the work.

Graham Bell designed and painted the estuary mural on a wall covering donated and installed by Drywall Linings. He was assisted by Gilly Newcombe from Exmouth Art Group. Wilson’s of Exmouth  provided the paint. The colourful and lively scene depicts and reflects the life of the Exe Estuary.

Once completed, the surrounding area was built up with sleepers and levelled with the help of carpenter James Clynes who also repaired damage to the swan itself. Kings Garden and Leisure generously donated original railway sleepers, soil and compost for the project, and after EDDC Simon Kennedy and his team delivered some granite rocks and the swan to its resting place,  it was planted up by Bloom volunteers with hundreds of wonderful flowering plants, grasses and ferns.

Liz Hamling (and David Puddicombe, living in Qatar at present) named the swan ‘Sammy’. The name was chosen by Pat from 303 entries from a request on Facebook.

Our thanks go to all the amazing businesses and people who made this project possible. Exmouth in Bloom are very proud of this project and we are certain this will attract many visitors who will reminisce old times pedalling on the swan-boats  or will try spotting all the life on the Exe Estuary behind and beyond. 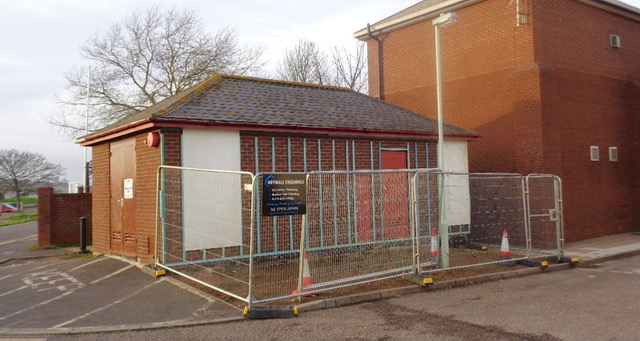 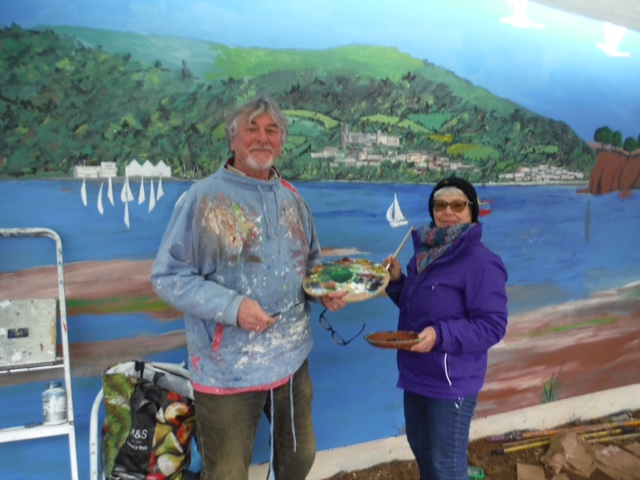 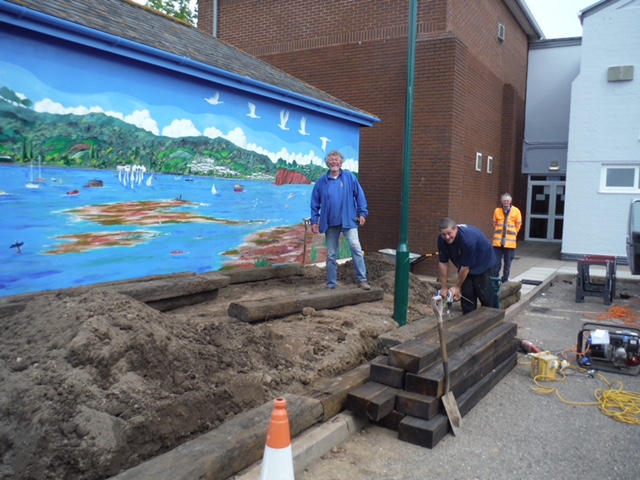 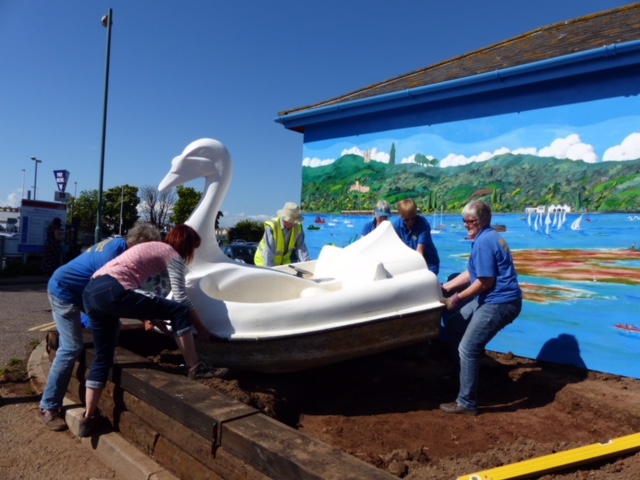 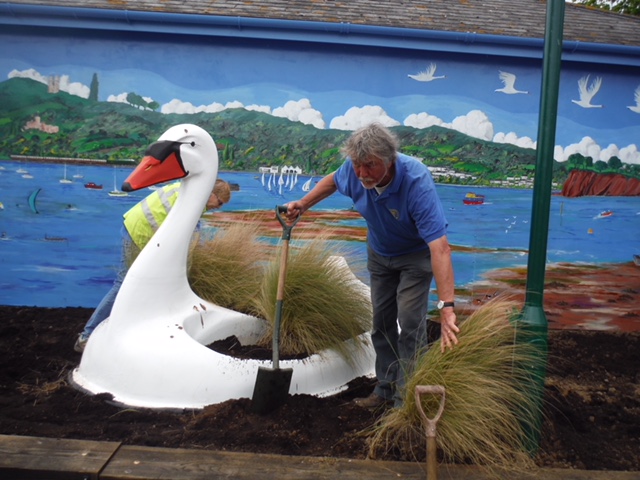 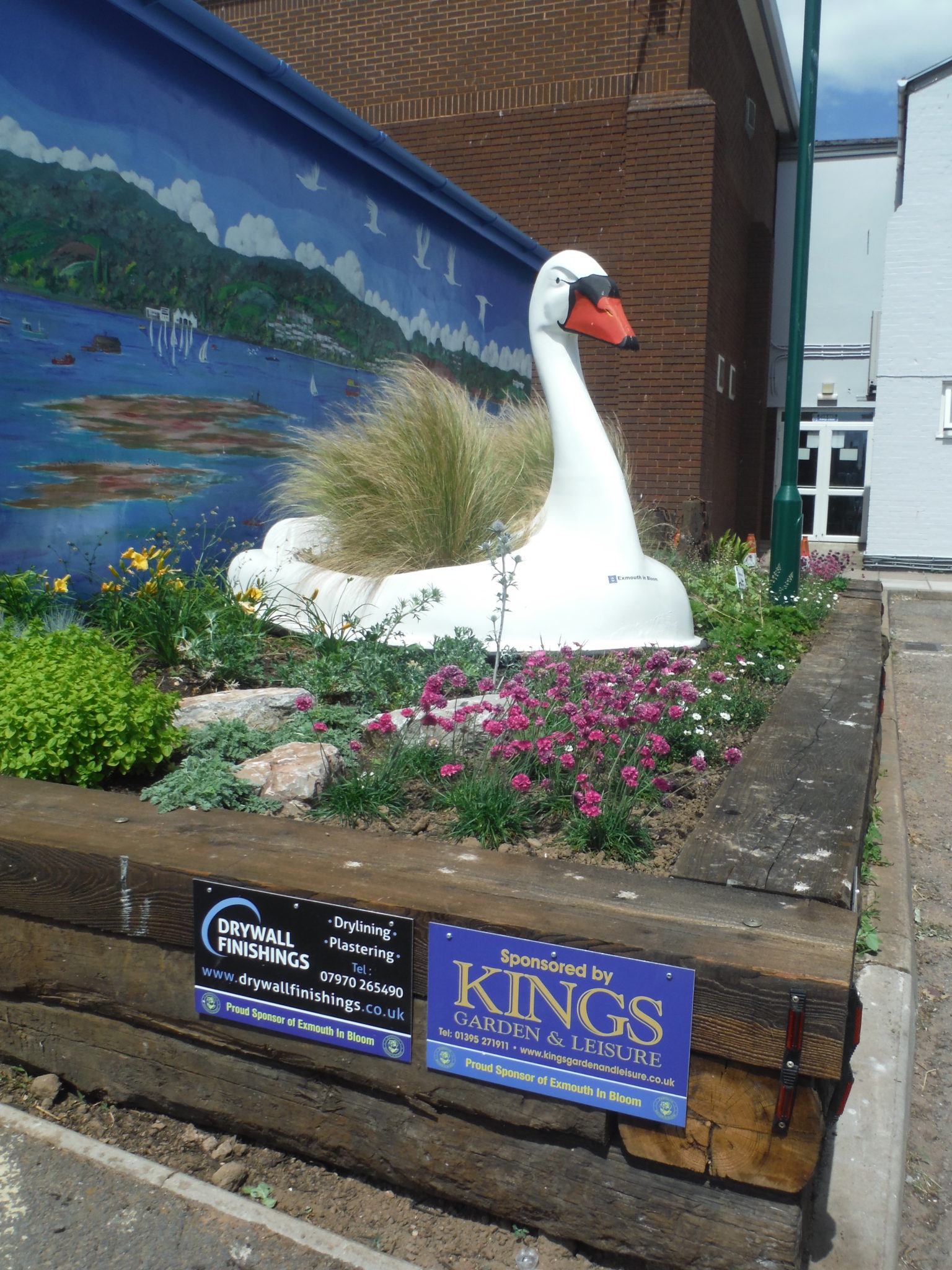 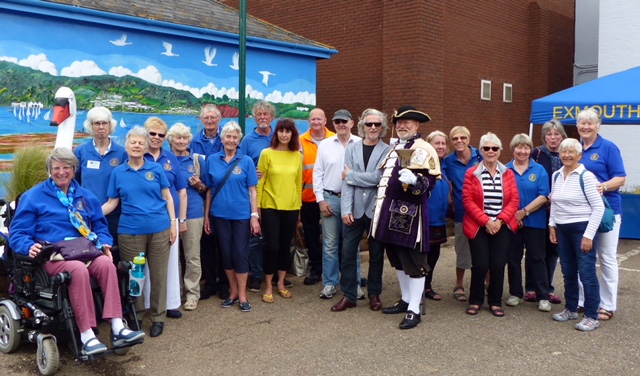 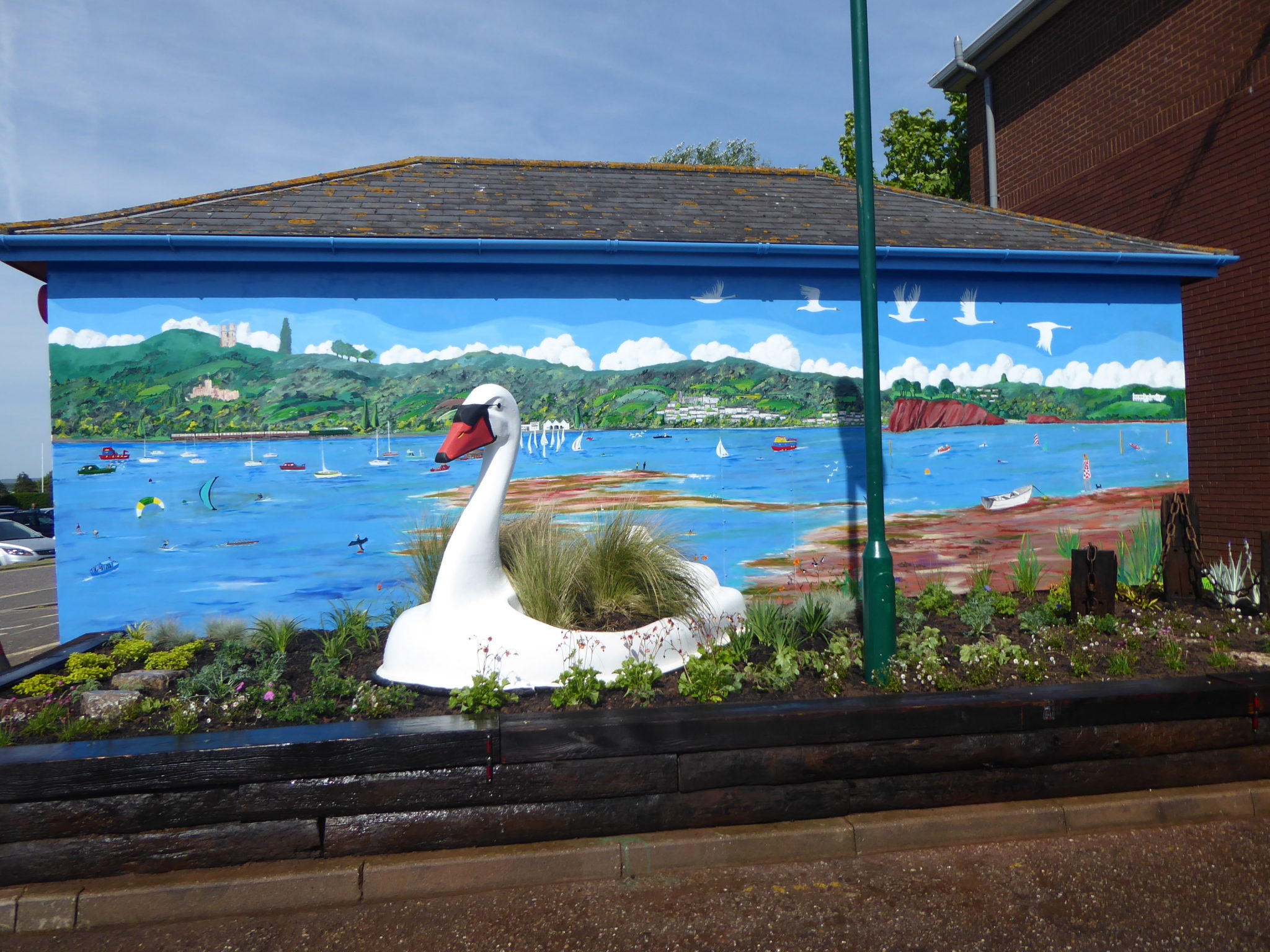