We are excited to share our latest news with you.

Members of the Exmouth in Bloom committee attended the Britain in Bloom (Southwest) Awards, at the Imperial Hotel, Torquay, on 6th October. Jon Wheatley, Chair of South West in Bloom, introduced patrons Lord Julian and Lady Emma Fellows who, along with the Chair of Torbay Council, presented the prizes.

During the morning the ‘It’s Your Neighbourhood’ awards were made, with Exmouth being awarded an excellent seven ‘Outstanding’ levels, one ‘Thriving’ and one ‘Advancing’ level. The main awards followed after lunch and Exmouth in Bloom achieved GOLD in the Champion of Champions category against the best of the South West. In addition Exmouth were thrilled to receive a Special Award, the Michael McGahey Trophy for ‘Exceptional Community Effort’.

Littleham school achieved an Its Your Neighbourhood ‘Outstanding’ level and were also shortlisted for the Clem Preece Memorial Trophy for ‘Outstanding School Effort’.  This is a great honour for them and many congratulations go to the children and all those involved with their entry this year.

None of this would have been possible without our magnificent volunteer force (Team EIB), the generous support from Exmouth Town Council, the partnership co-operation with EDDC Streetscene and our wonderful friends and sponsors in the town.

Our thanks also go to the South West in Bloom judging team who spent endless hours not only visiting all the entries from South Gloucestershire to the Scilly Isles but also deliberating over the results.  We are sure this must be a very difficult task.

So here’s to the 2018 campaign and even more accolades for our continued hard work and dedication in keeping Exmouth’s reputation as ‘THE TOWN OF FLOWERS’. 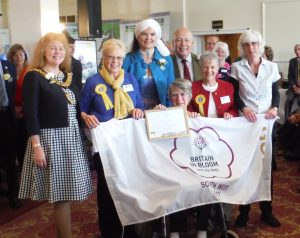 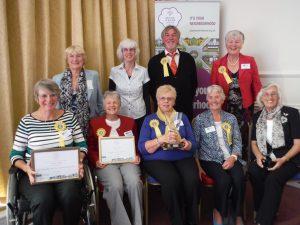 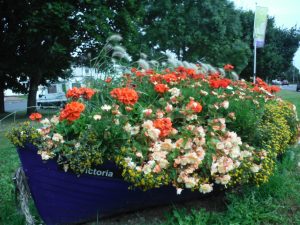 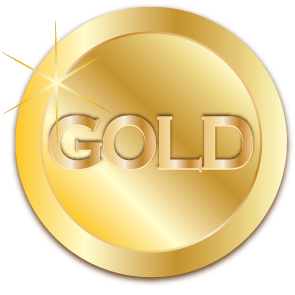 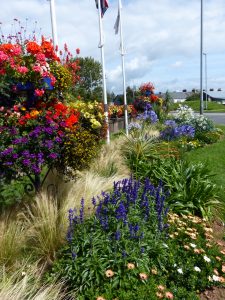