This month’s gardening party crept up on us before we knew it and with many of our volunteers on half term duties there was just a few hardy souls out weeding and tidying. However they did a quick spruce up at the Station and made a start on pruning back the buddleia bed in the Strand, where they found some keys (put on Facebook and gratefully claimed later), before heading to the Powder Monkey for a warm up and a cuppa. Of course no-one can ever refuse Jenny’s charms when asking for a bit of help with sweeping up! 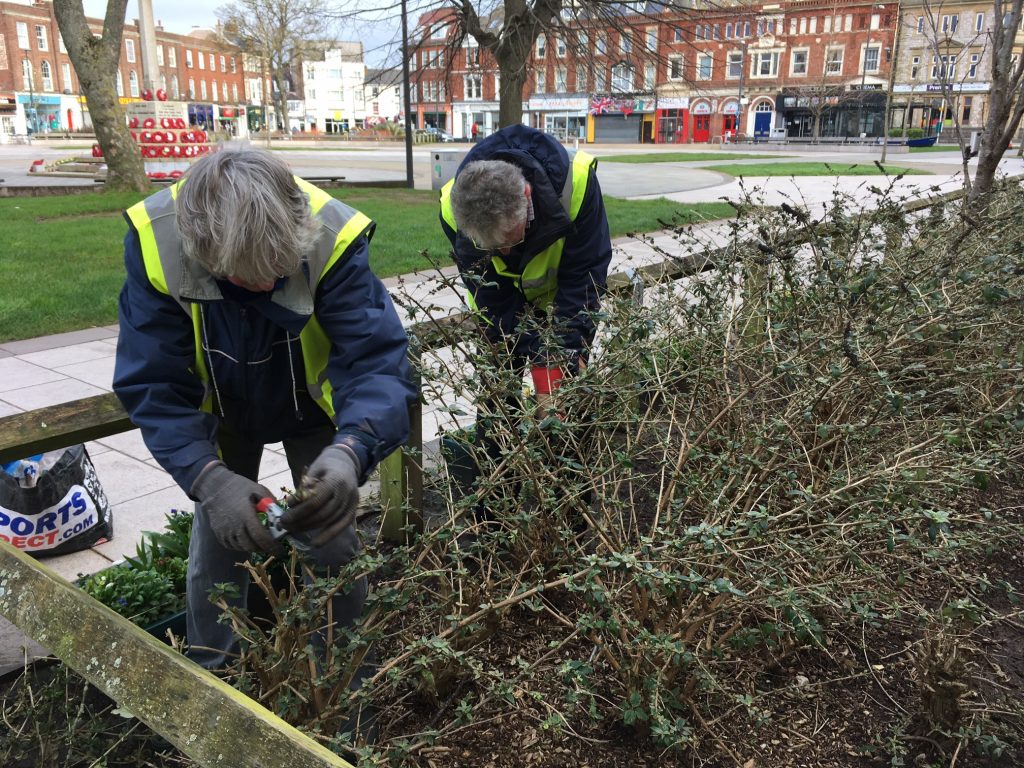 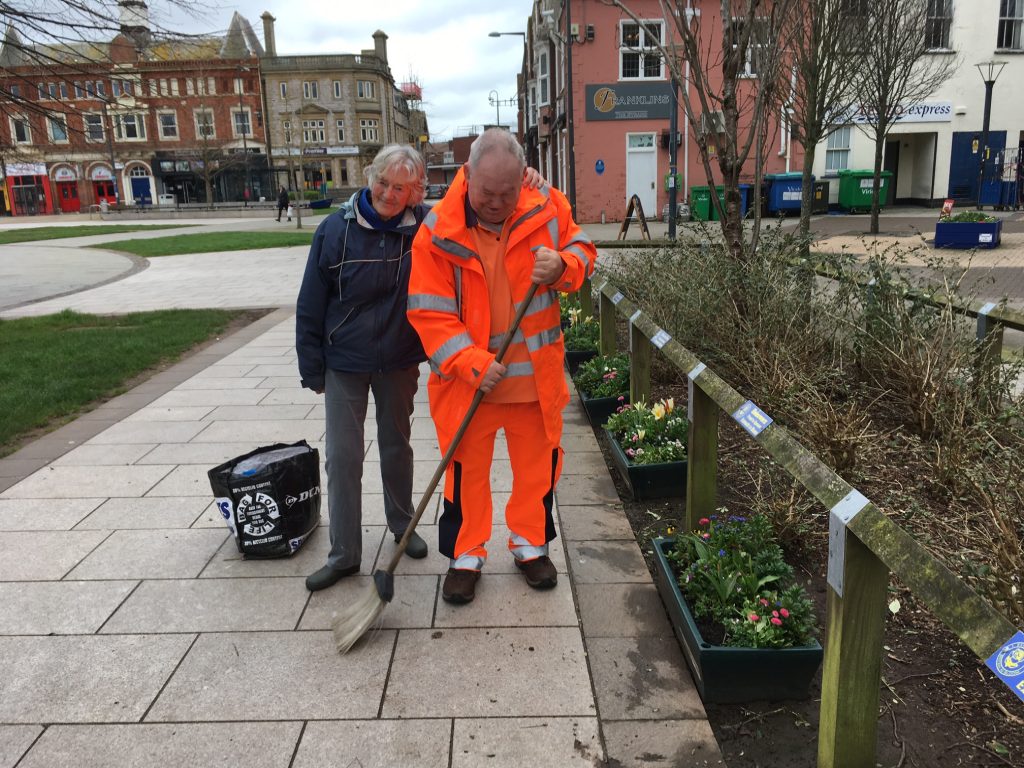