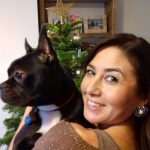 Exmouth in Bloom was approached by Adrian Toole, past Chairman of Transition Exmouth, to help with a memorial to his late daughter Joanna (above) who was an Ocean campaigner and UN consultant on animal welfare issues. Joanna was tragically killed in the Ethiopian air crash in 2019. Adrian has commissioned local illustrator, Jo Salter to  design  a back for a neglected seat on the Exe Estuary Trail, overlooking the river and Artist/Blacksmith, Anthony Doble ( who created our Fish and Weed sculptures for the Strand roundabout) will craft the memorial.

Exmouth in Bloom’s  Graham Bell, has been pleased to give his professional horticultural advice.  The bank behind the seat, as you can see, was in need of some attention. The undergrowth has now been cleared back, Graham and Adrian have planted daffodil bulbs. and some permanent plants will be added shortly, to enhance the area. We all look forward to seeing the completed project.

The Exe Estuary path where Joanna would often run for exercise when in Exmouth. 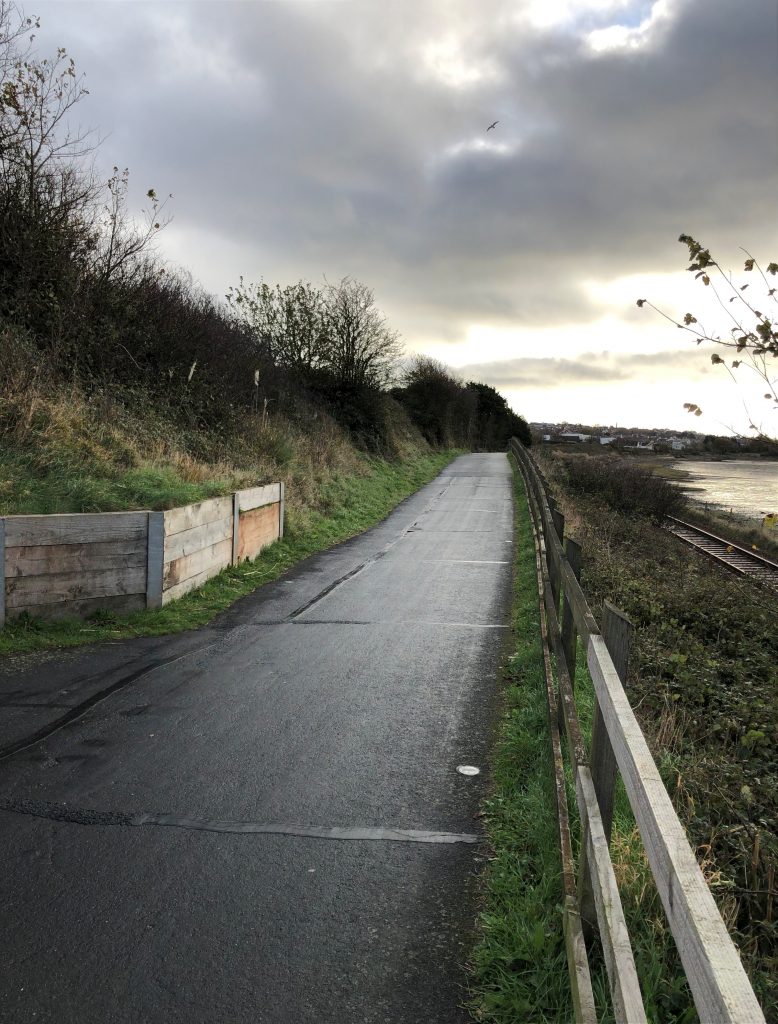 The view of the Exe Estuary from the seat. 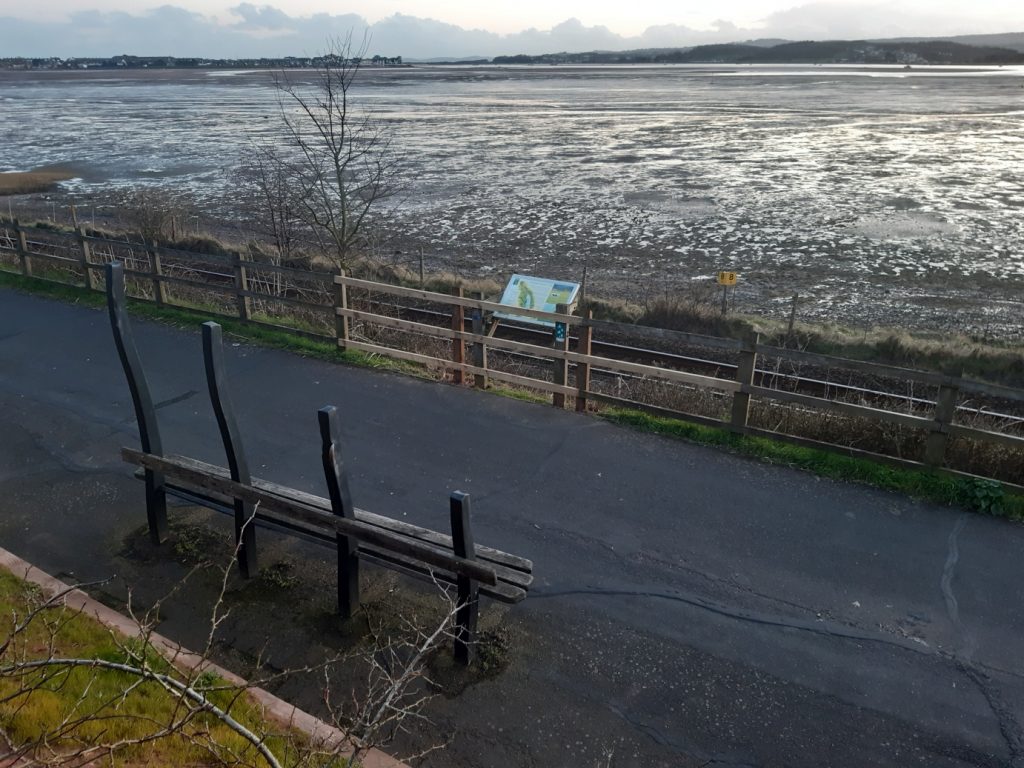 The current state of the seat. 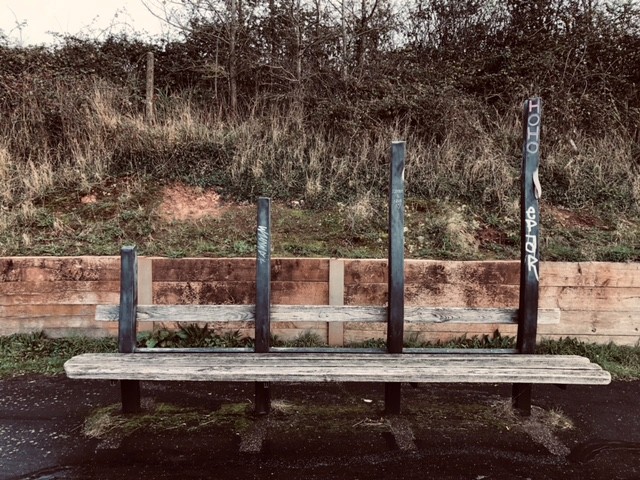 Jo Salter’s proposed design to be crafted by Anthony Doble. 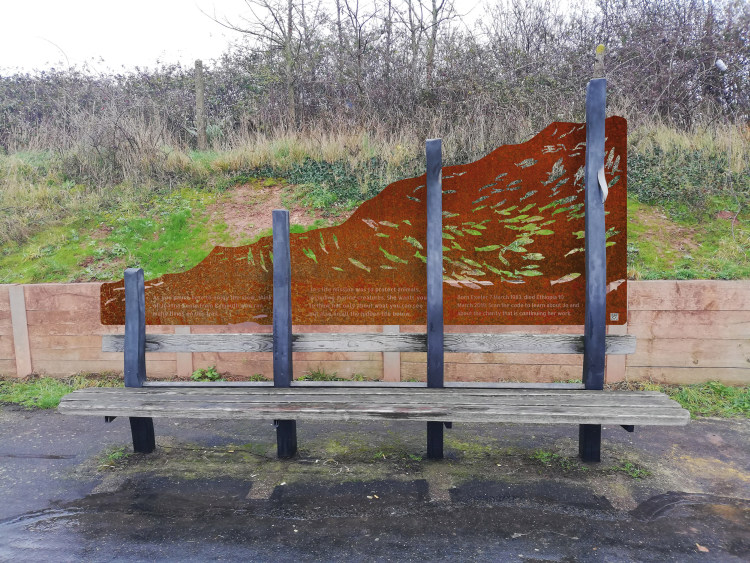 Adrian had to get permission to transform the neglected seat. 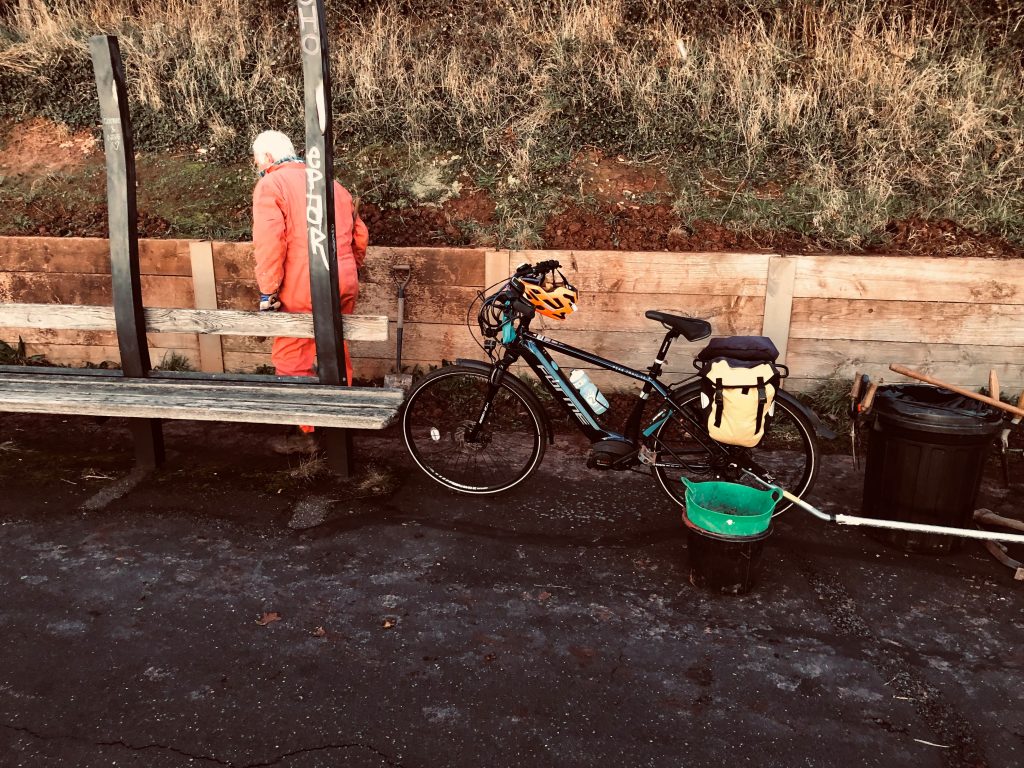 Some of the undergrowth has already been cleared from the bank behind the seat and bulbs planted. 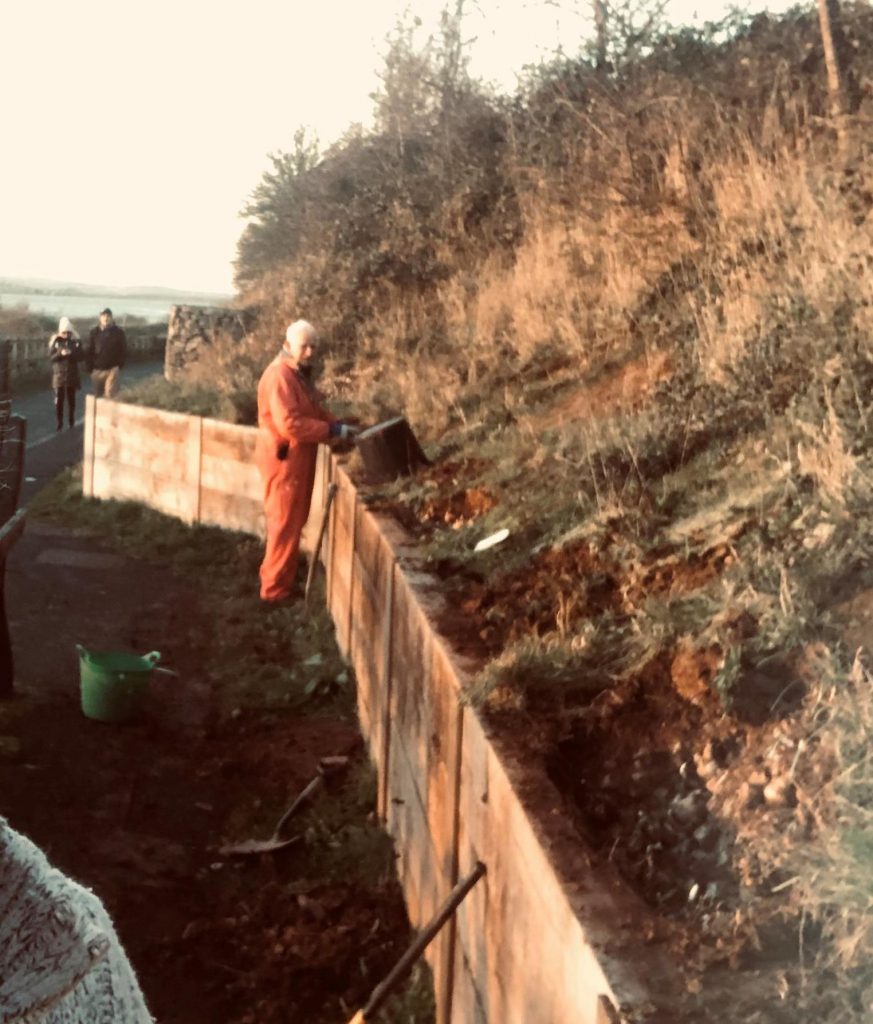 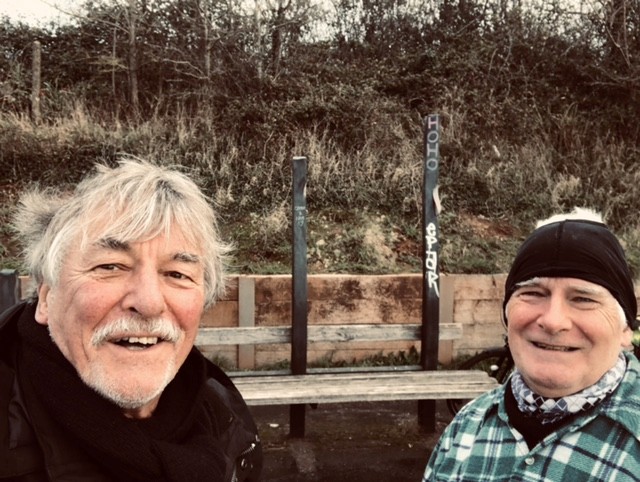