A year ago a group of ladies had the ambitious, but brilliant idea to make this year’s Remembrance Day extra special by knitting and crocheting poppies that could be made into a curtain and hung on Tower Street Church. Purple poppies were also made to honour the animals who lost their lives during WW1 and WW2.

Exmouth in Bloom members not only helped by making some of the many thousand poppies and were involved in attaching them to the huge camoflage netting but were also called on (along with Streetscene), to help banish weeds from the area.

We hope you like this incredible story in photos:

Inside there was frantic sewing going on by teams of mostly ladies, attaching poppies to the curtains. 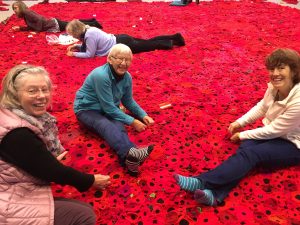 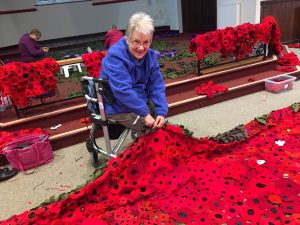 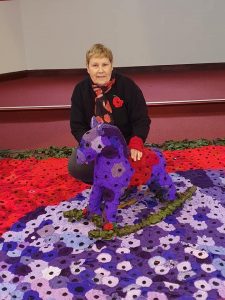 It was all rolled up and carried out to scaffolding. 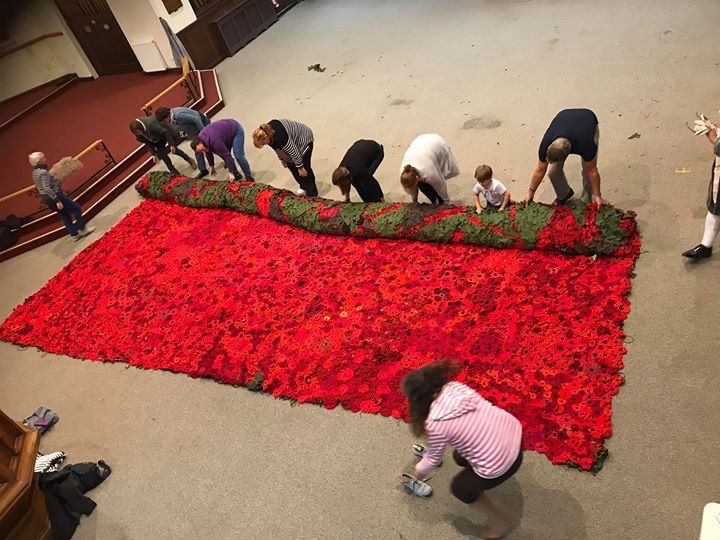 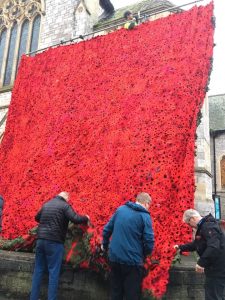 Exmouth in Bloom had helped clear away all the weeds from the display area. 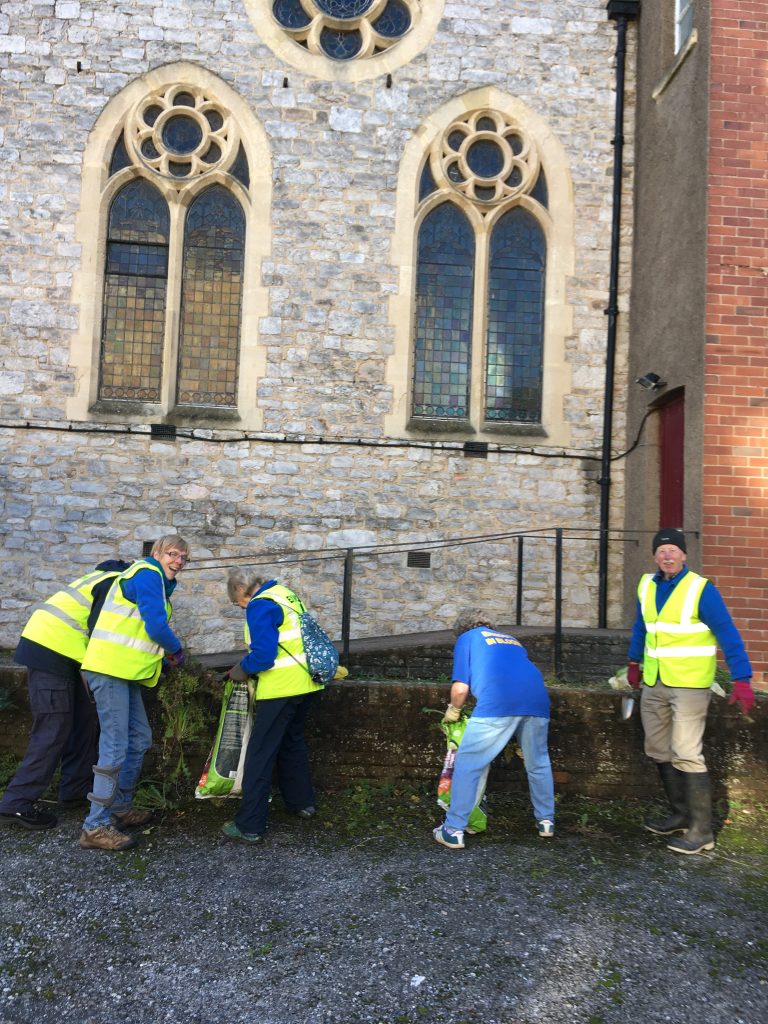 There was an official unveiling ceremony with BBC Spotlight following the story on the Regional News. 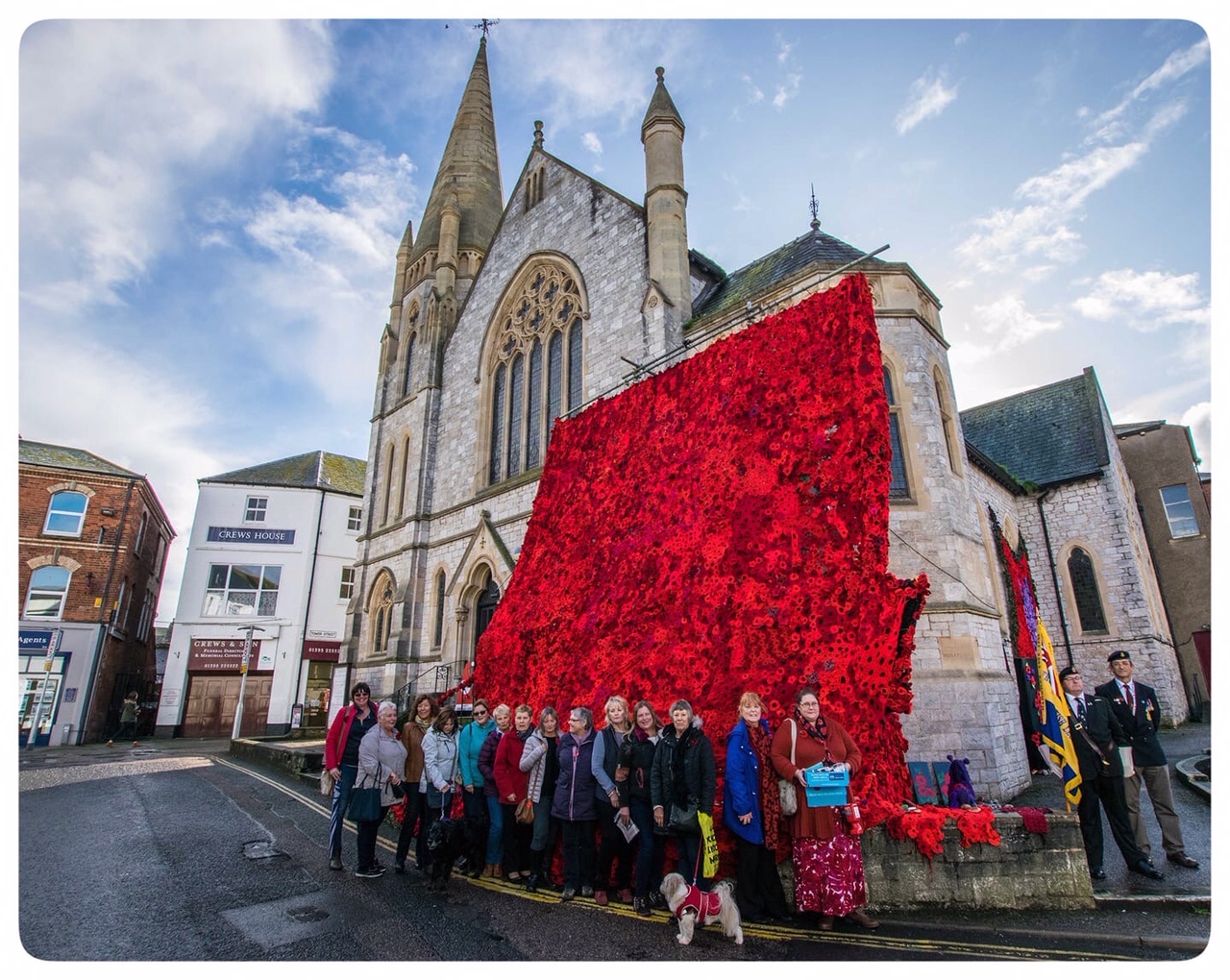 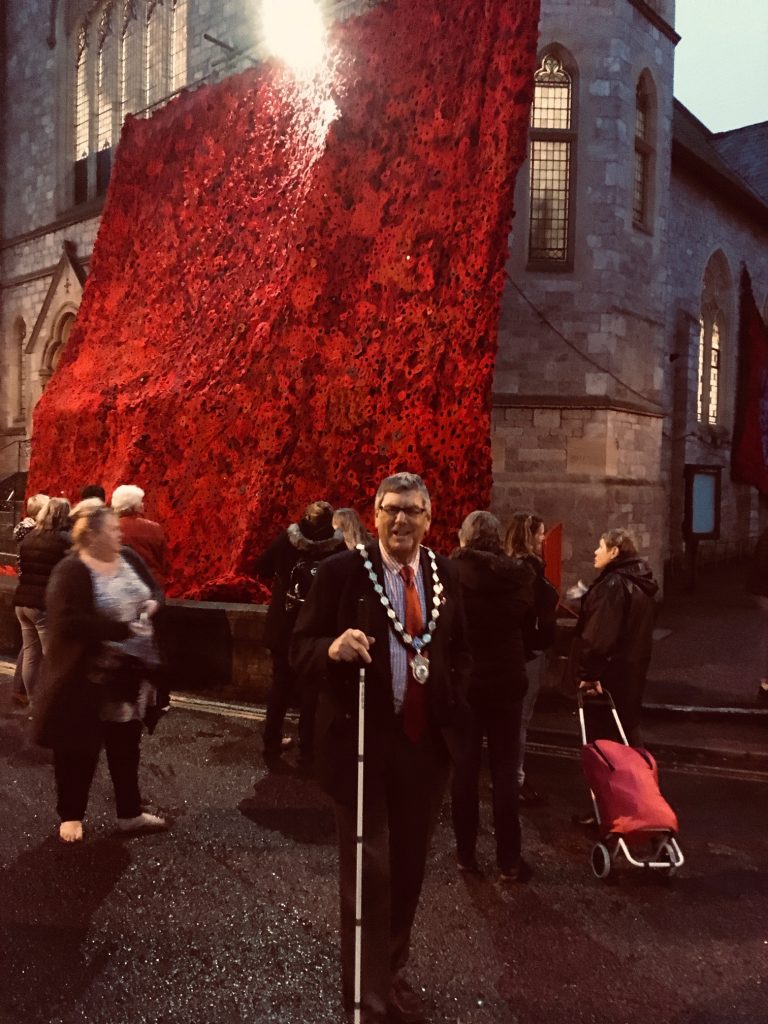 The ‘Poppy Day’ parade saw thousands of local people, young and old, congregate around our War Memorial for a Service of Remembrance and to give thanks for those who have given their lives for Peace in our Country. 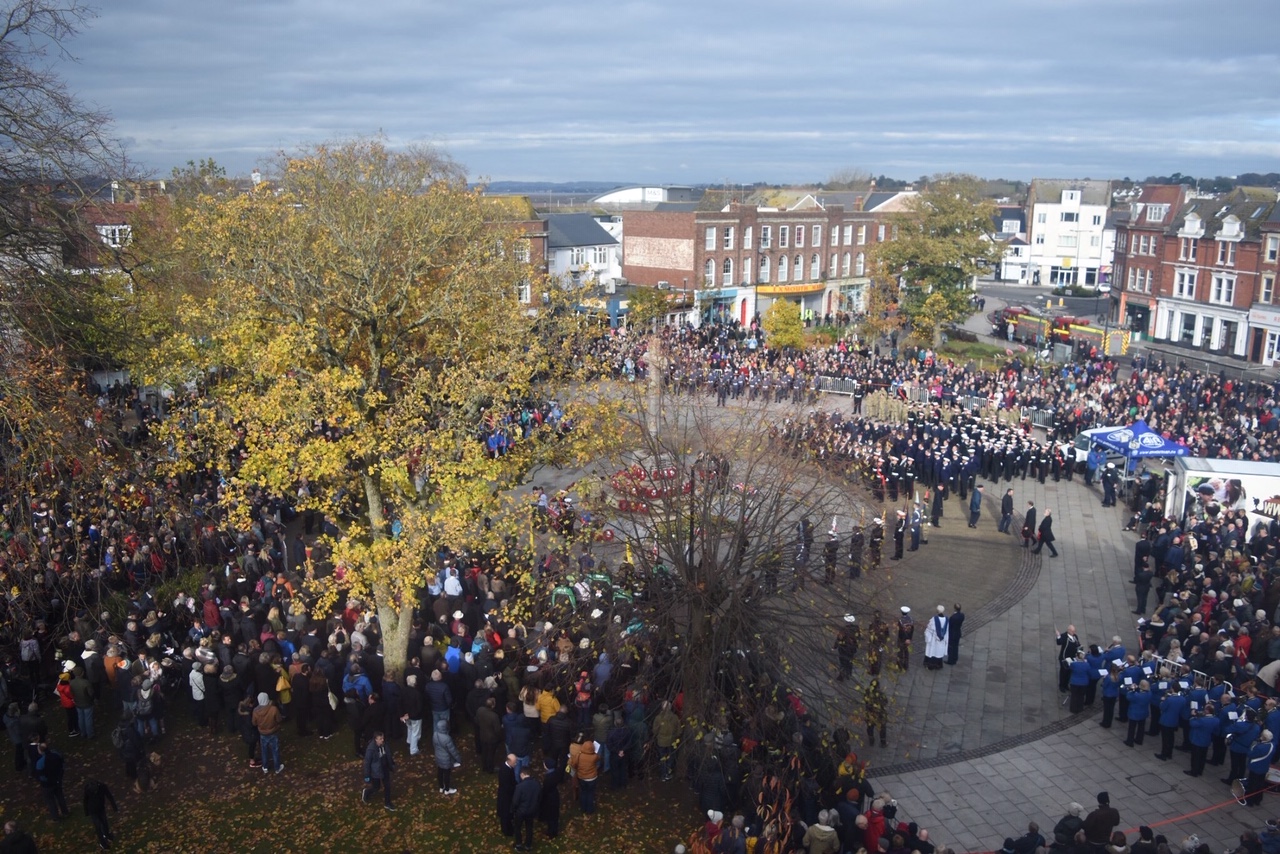 A permanent wreath of poppies was laid  on the Memorial by two serving Marines, which will stay there until 2025, the same time as the length of WW2. 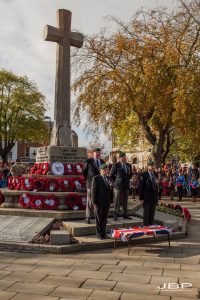 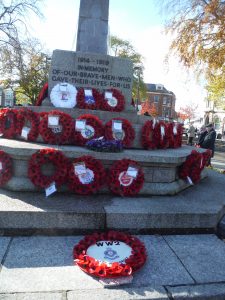 Poppies were also wound around trees and hundreds of  poppy-themed smilestones had been made which could be taken away by giving a donation in the bucket collection. What an incredible community effort this has been. 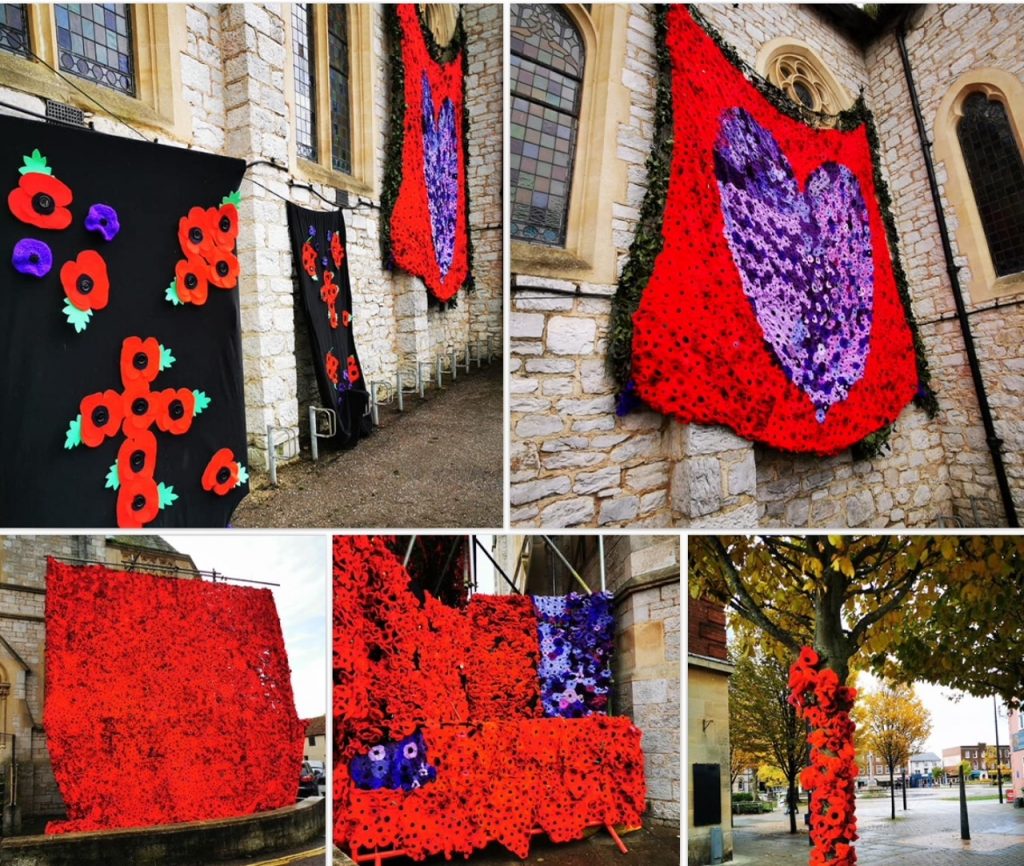 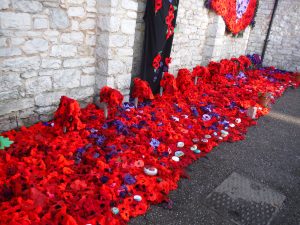 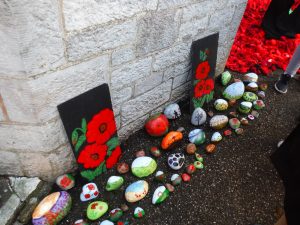