The Waterwheel was moved from Withycombe Mill in 1962 following a severe flood in 1960 during which the Mill itself was badly damaged and was then demolished to make way for a relief channel to be built for Withycombe brook. 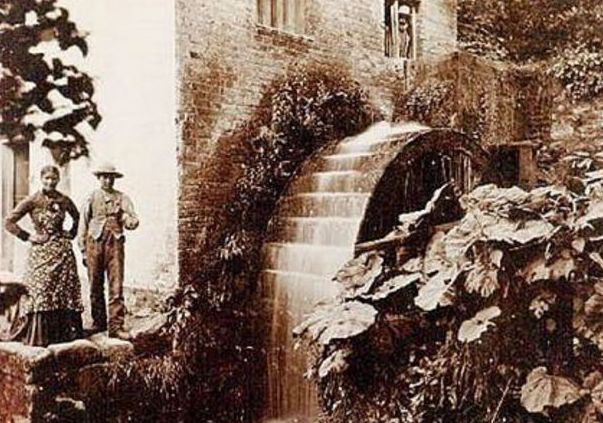 The wheel then formed the centrepiece of a water feature outside the gate of the Imperial Hotel in Bath Road. 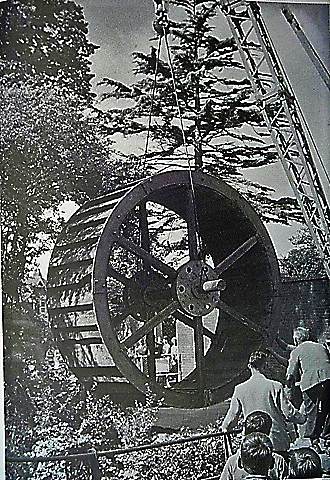 The feature had become somewhat neglected in recent years. 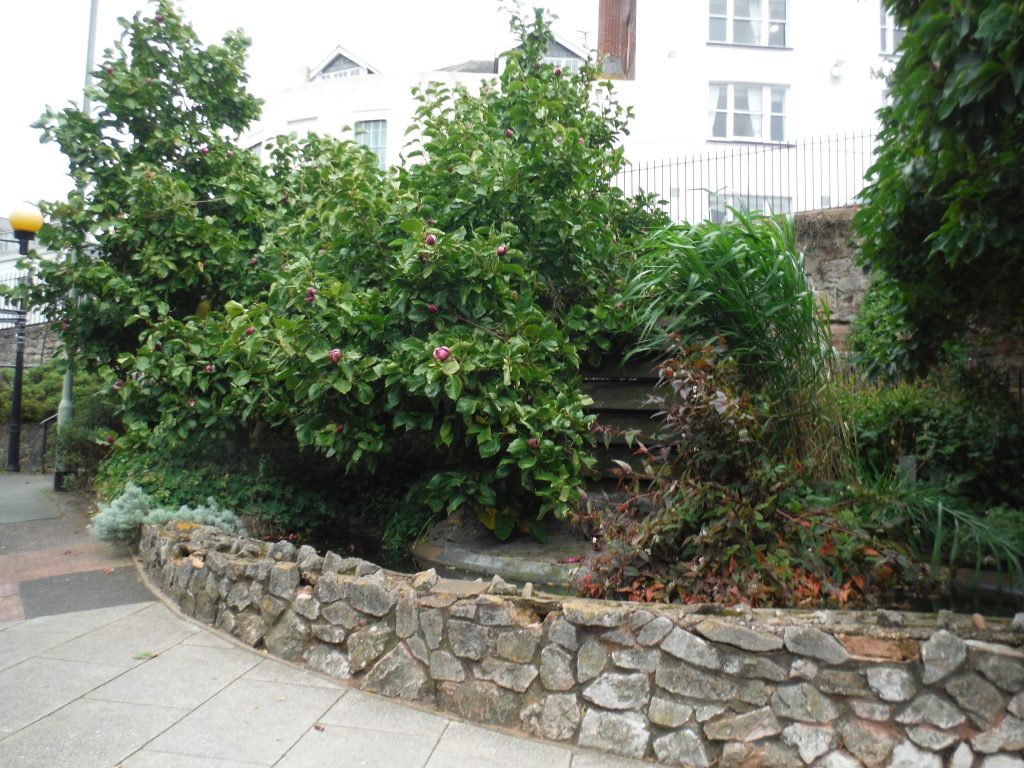 But since 2018 Exmouth in Bloom has worked with EDDC Streetscene to renovate the area after the pond sprung a leak and the water stopped flowing over the wheel. Liz Hambling from the Local Community Wildlife Garden and an EiB volunteer, led the clearance of the pond, which was then repaired by Streetscene.  At the same time the waterpump was replaced and the wall repaired. 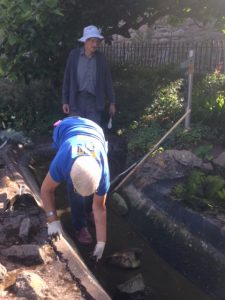 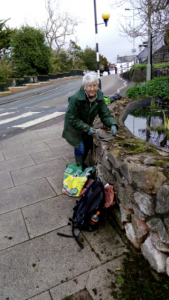 Exmouth in Bloom volunteers cleared back the plants and pruned the two Magnolia trees which had almost completely engulfed the wheel as you could see above. Also the historical Blue Plaque was re-sited so that it is now visible at all times of the year. 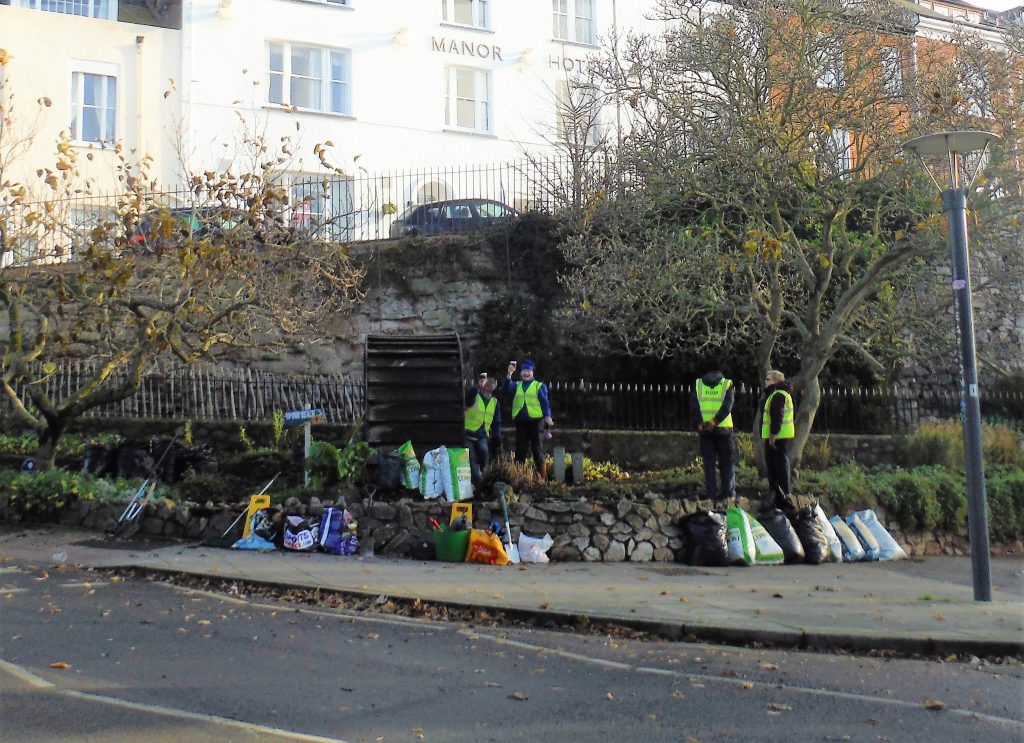 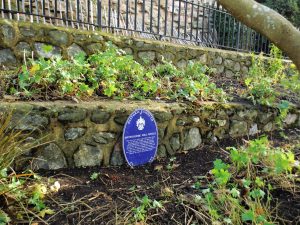 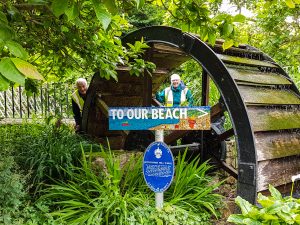 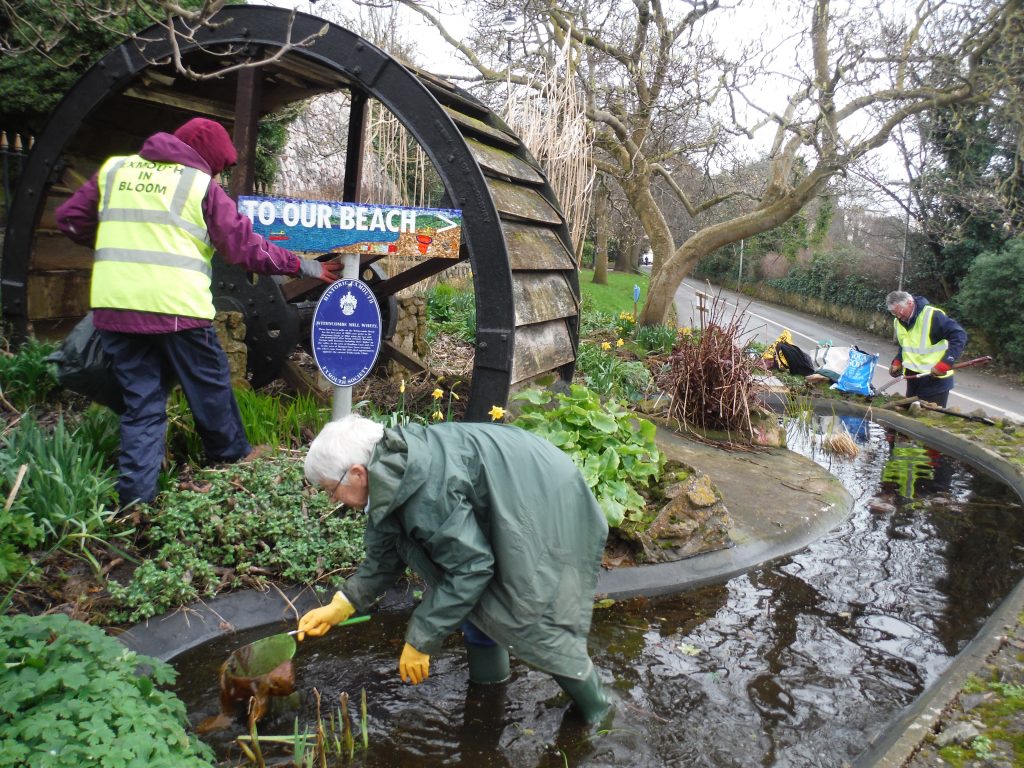 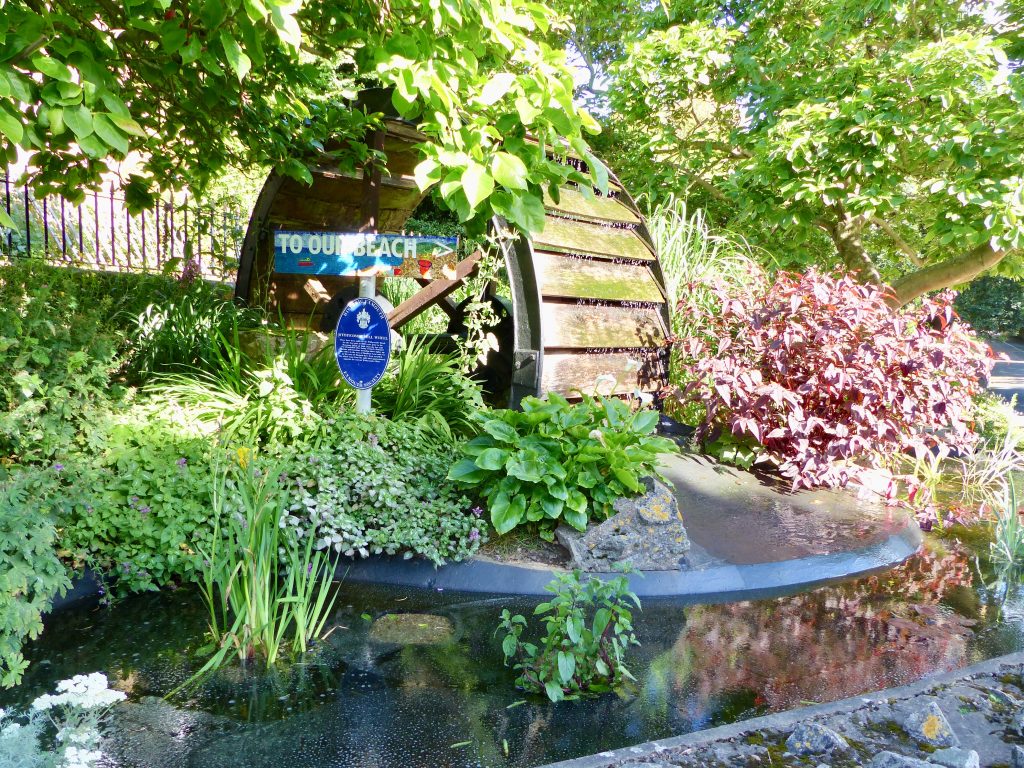 and this Spring EDDC gave Exmouth in Bloom hundreds of sprouting miniature daffodil bulbs which we were able to plant for a colourful early show. 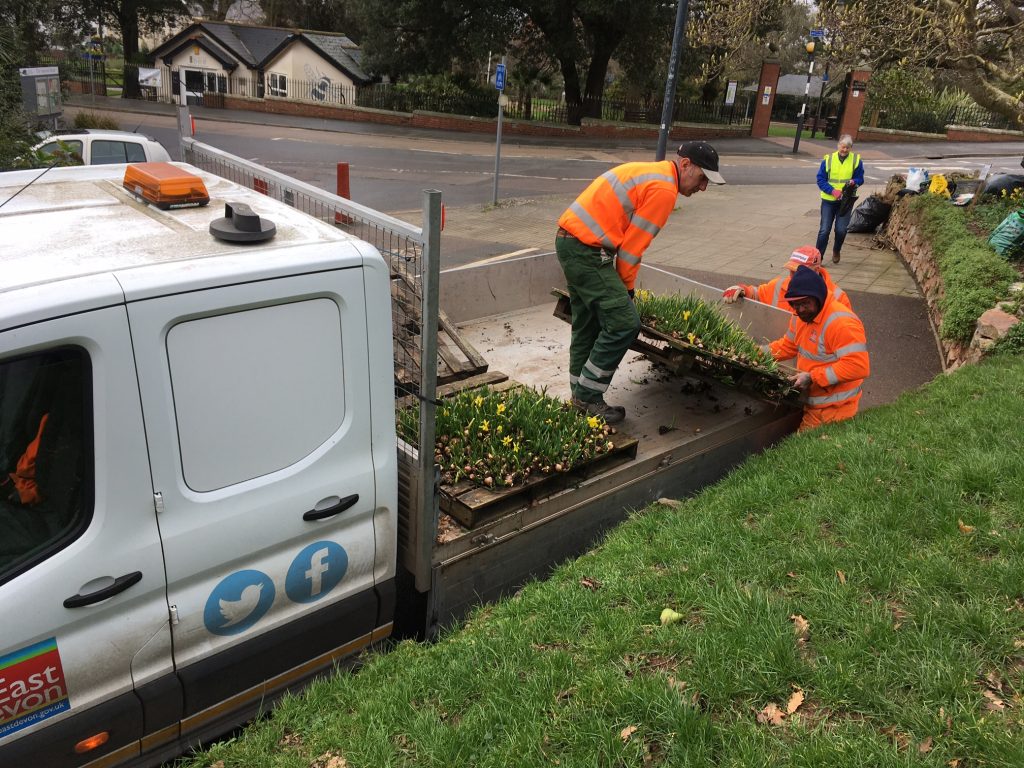 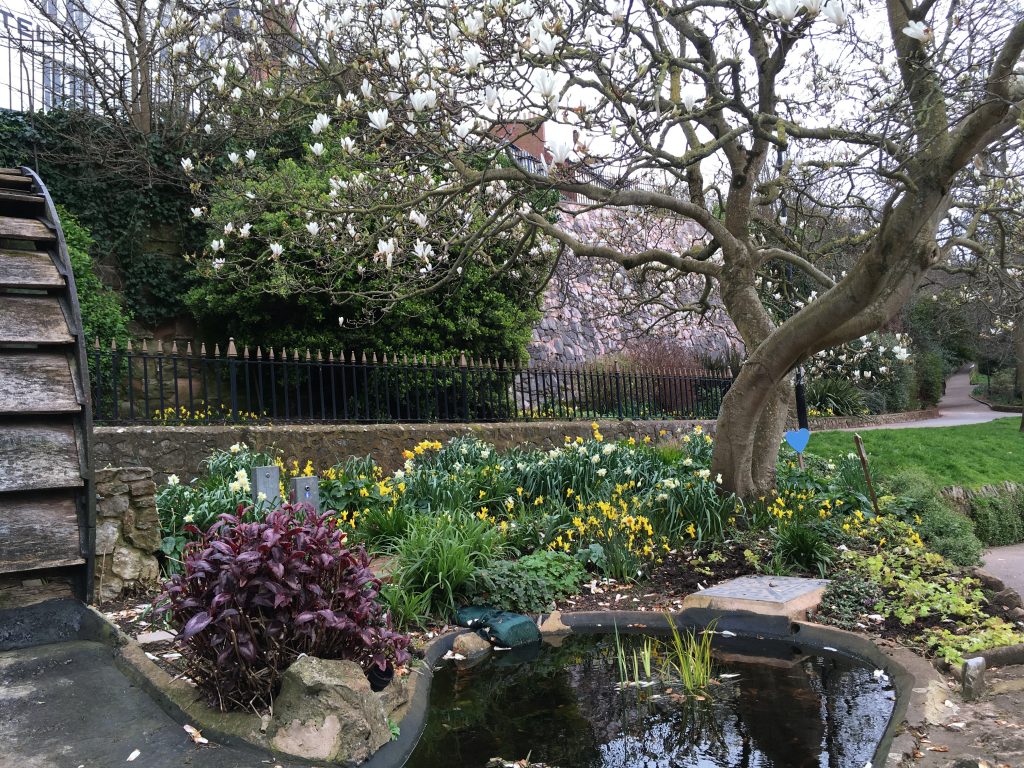 As you might see, a Blue Campaign Heart sits in place here, signifying an area, that although maintained, is predominately set aside  for pollinators and other wildlife. 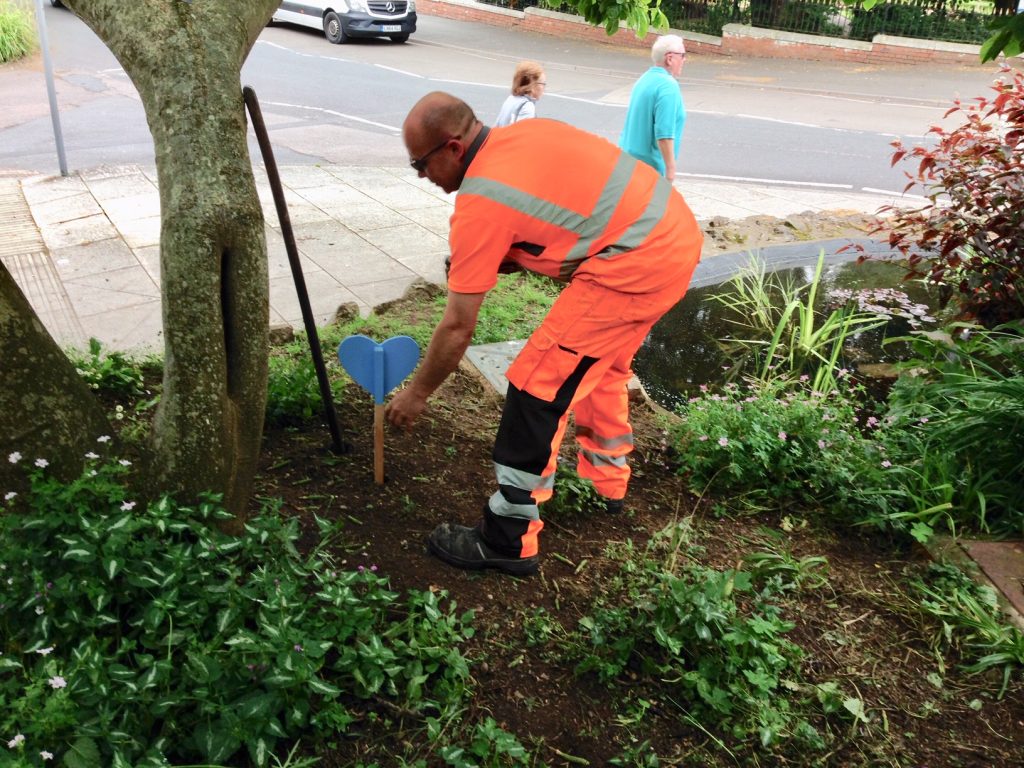 As a community project (IYN), The Waterwheel is entered as part of our Britain in Bloom entry and has achieved Level 5 – Outstanding. 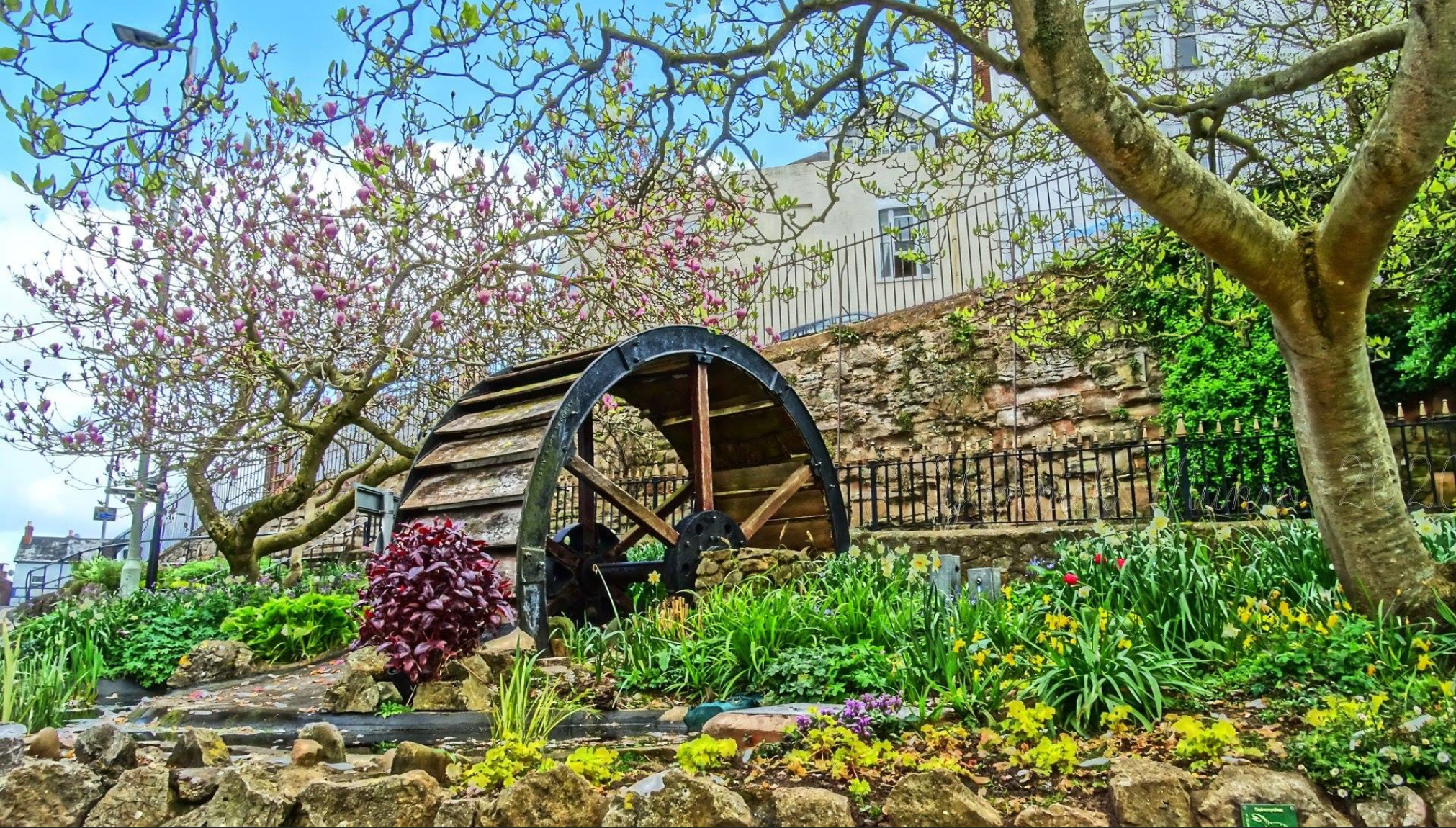 (Thanks to Yannick Munro for this final photo.)