Take your pick for a colourful show!

After visiting Moretonhampstead’s Flag Festival last year, Exmouth in Bloom’s Secretary, Sharon Darton ( centre) and ‘Friends Group’ Secretary, Sandie Cox (4th left) had the idea of brightening up the town for Exmouth’s National Britain in Bloom entry this year, by making banners to fly from buildings in The Strand for the summer months.

Working with the support of Devon County Councillors Jeff Trail, Richard Scott and Christine Channon and Richard Elliott from Devon Highways, the project is all coming together starting with the completion of these 9 flags.  The motifs represent Exmouth in one way or another and have been designed and sewn by a team of volunteers from the Community, headed by Sue Atkinson ( second left) over the last six weeks.

We think they look absolutely fabulous and can’t wait for June when they will be up and  flying in The Strand. 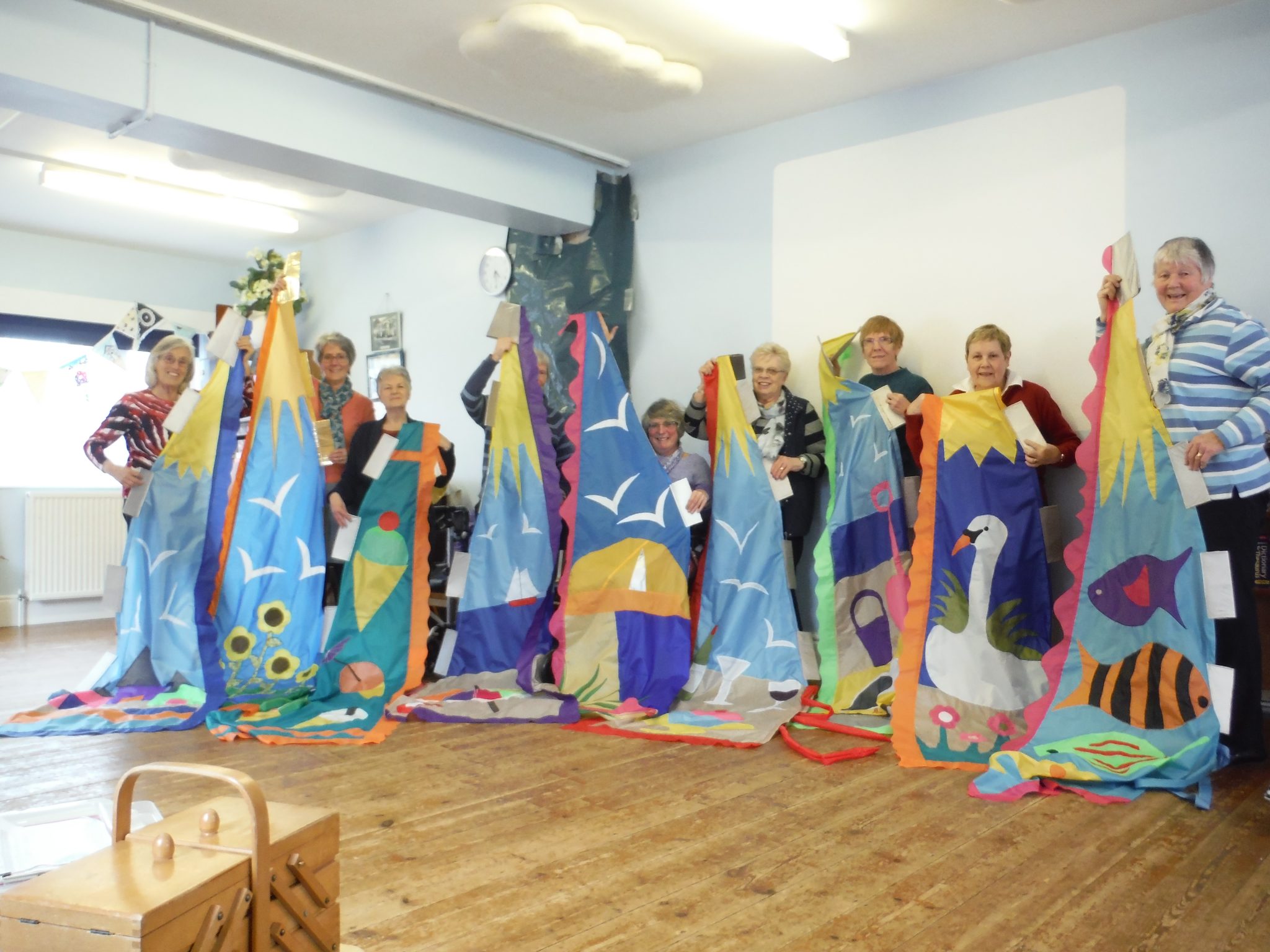