Our first workparty of the year and gorgeous sunshine greeted us. But to our dismay we discovered that two of our three  beautiful new Exmouth in Bloom flower filled tiered planters, on the pavement near the Dinosaur Paddocks in the Strand, had been hit overnight, by a car travelling at speed. The planters are so badly damaged, that they may not be useable again. One of the base containers is not only mis-shapen through impact but is punctured, so its water reservoir is now not useable. The metal pole, holding the two tiers of the other planter has been ripped out of its bolted moorings and bent beyond repair. We have lost all the plants and much of the compost from the planters in the initial clean up, made by Devon Highways at 4.00am.  The No Entry sign to that part of the Strand has also been damaged.  Whilst we hope that no-one was hurt in the car involved (the car had left the scene by the time the Police reported the damage), we are nonetheless very unhappy.

The two planters were nearly 10m apart, one in the direct foreground by a steep kerb and one by the Black metal sign beyond. 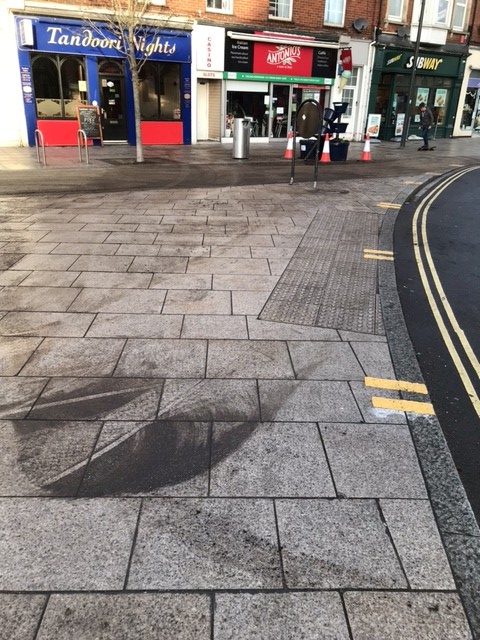 The wrecked planters had been tidied into a coned off area by Devon Highways Emergency response team at 4 am. 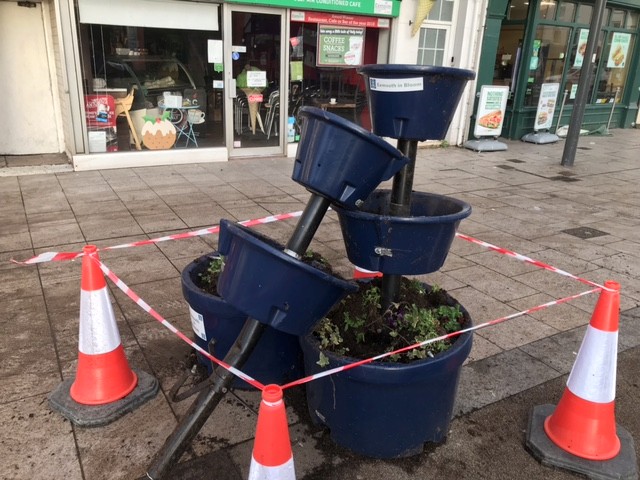 One base planter has been crushed and  and the water reservoir punctured. 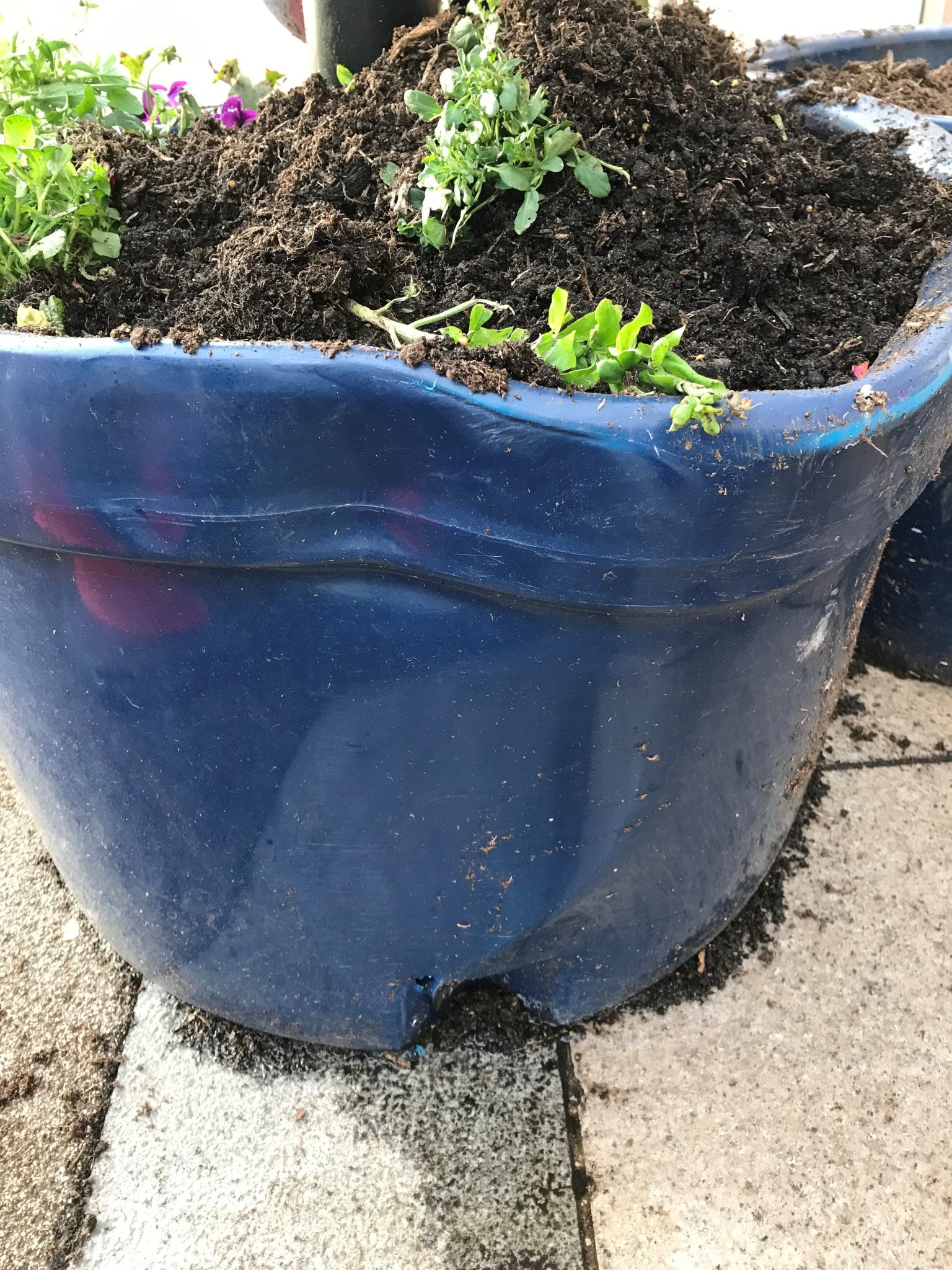 The  metal pole which holds the two tiers  of the second planter has been ripped from its moorings and bent beyond repair. 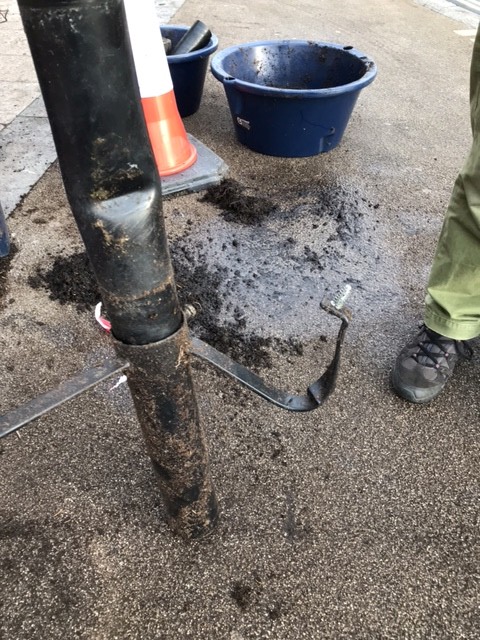 This is the third tower in the area which was not affected but you can see how lovley the towers looked before the damage. 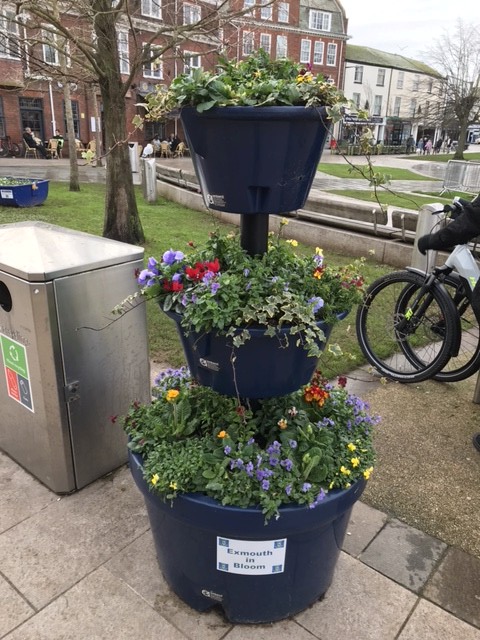