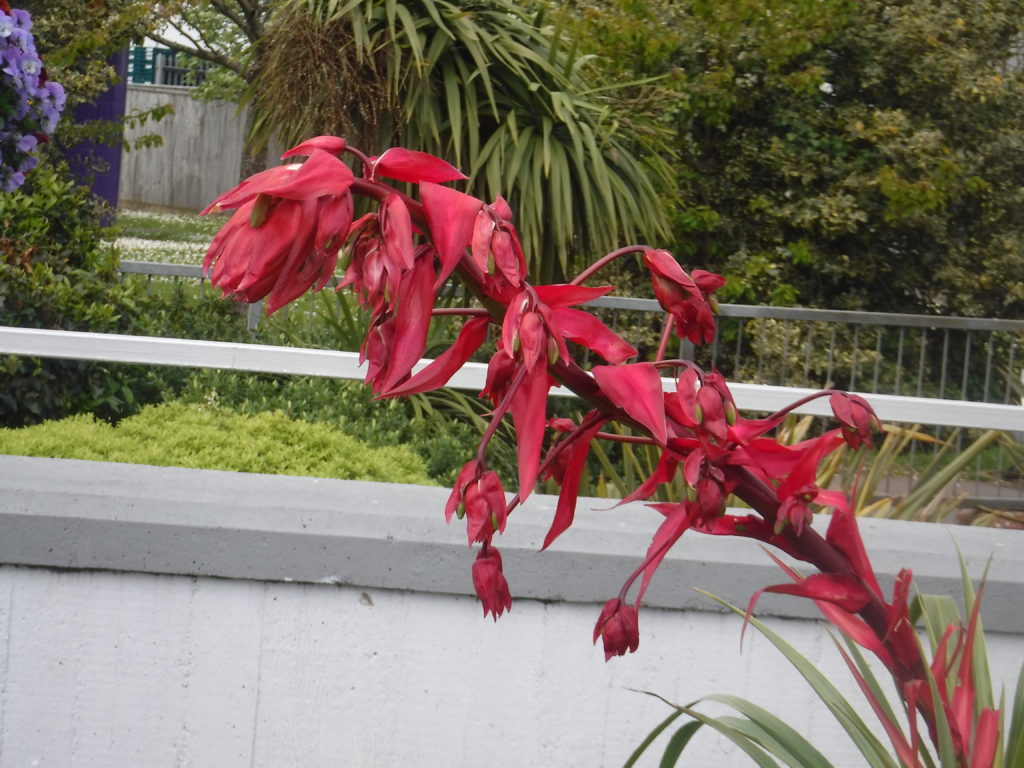 This weird and wonderful creature is BESCHOMERIA YUCCOIDES, a rare but hardy yucca-like plant, flowering here in Exmouth, right now, in our big Wavy bed. Its long flower stalks are covered in bright red and green flowers, which make it quite a talking point. As it unfurls it looks like it might reach out and grab you at any moment. The flowers drop a sticky nectar on the ground which in its native Mexico might feed some exotic bird or insect but it doesn’t seem to do much for our seagulls.

It endured devastating low temperatures in 2018 when the bed was devastated by snow in late March. 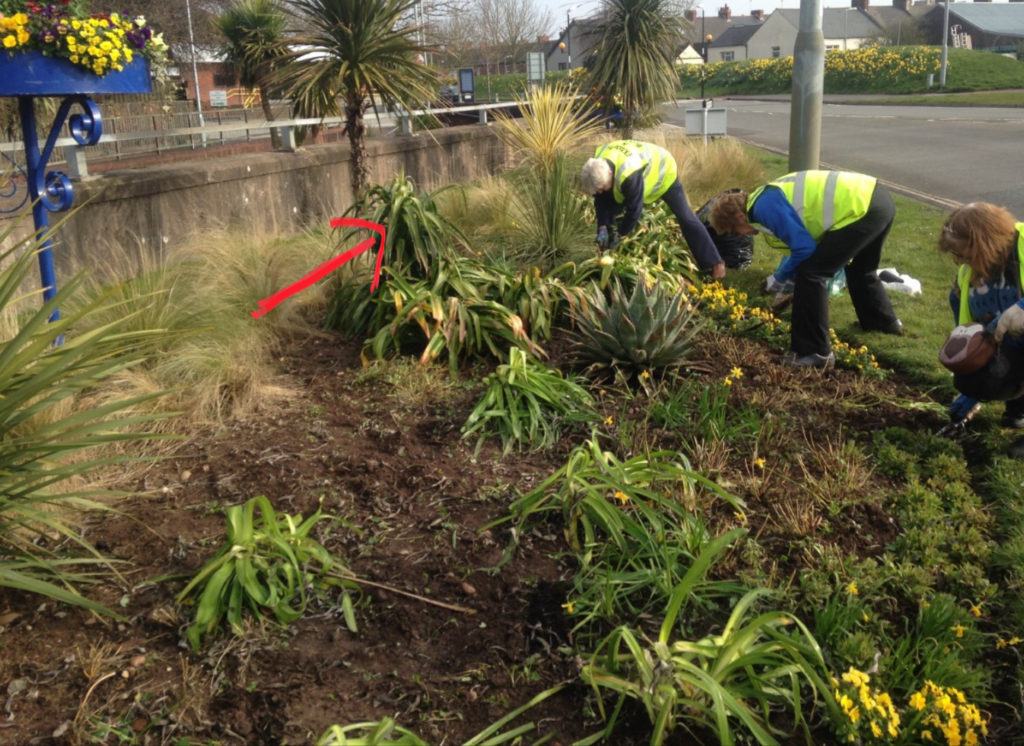 Since then it has survived gale force winds, baking sunshine and drought but despite this, has flowered in the last two  consecutive years since it was planted in 2017. Our very own Triffid! 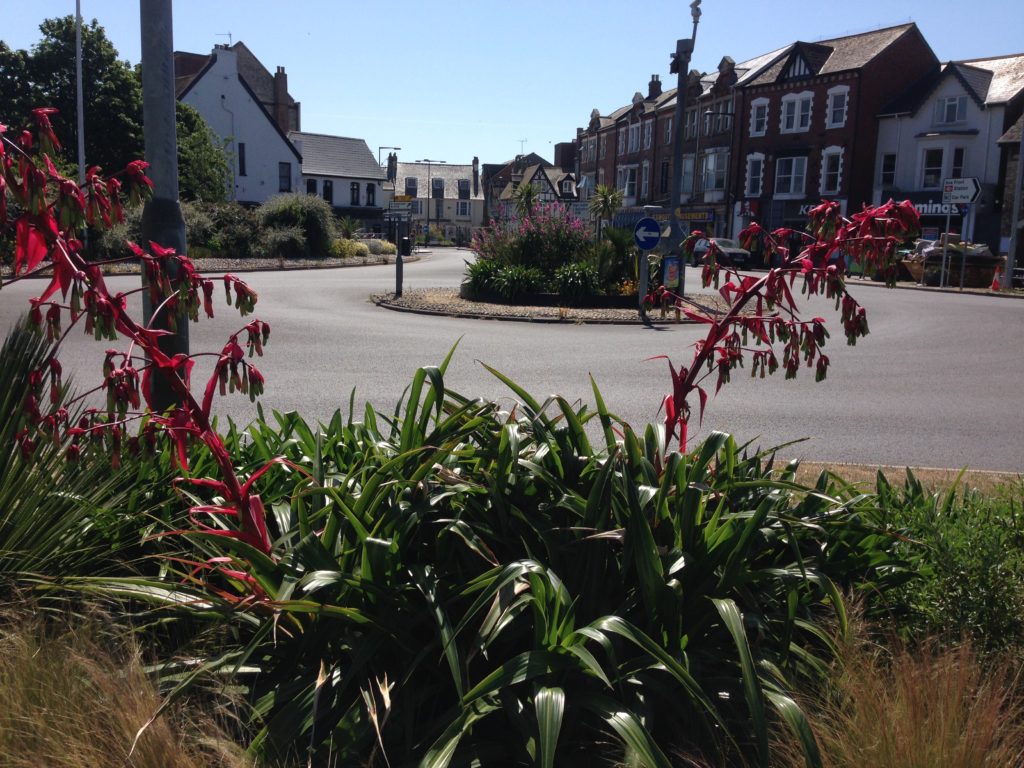