Exmouth in Bloom’s Friends scheme has been running since 2011. Each year we usually  launch the annual membership in March and celebrate with some longstanding ‘Friends’. This year (celebrating a little late due to lockdown) we chose to give our 100th member of the year, David Brock, a lifetime membership of ‘Friends of Exmouth in Bloom’.

David  had a business in Exmouth for over 25 years and has been a keen supporter and also volunteer with EiB since the mid 70’s.  He has been a ‘Friend’ right from the start of the scheme.

He tells us that he loves receiving Newsletters three times a year, updating him on  what EiB have been up to. He truly appreciates all the work that the volunteers do to make the town look so colourful, bright and  cheerful and has especially appreciated the wonderful flower displays during lockdown that have been a “joy to behold”.

Anyone can become a Friend of Exmouth in Bloom  for a minimum donation of £5 annually. Application forms are available at a number of shops in Exmouth, listed below, or can be downloaded from  Friends of Exmouth in Bloom or Resources  sections of  this website. 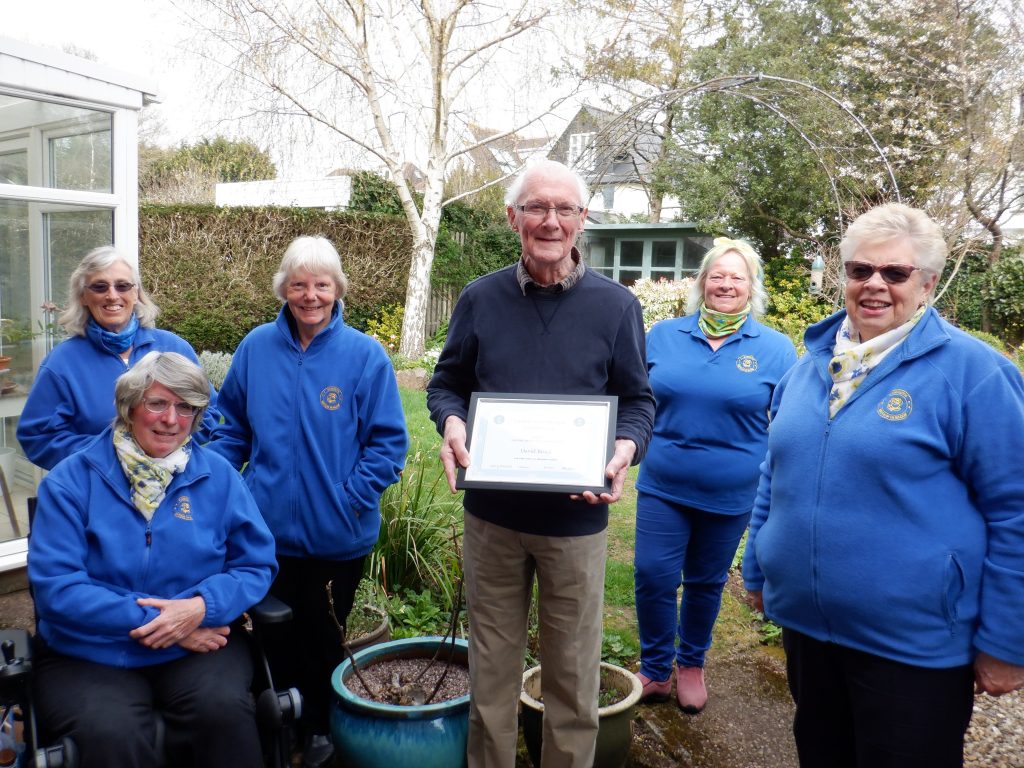 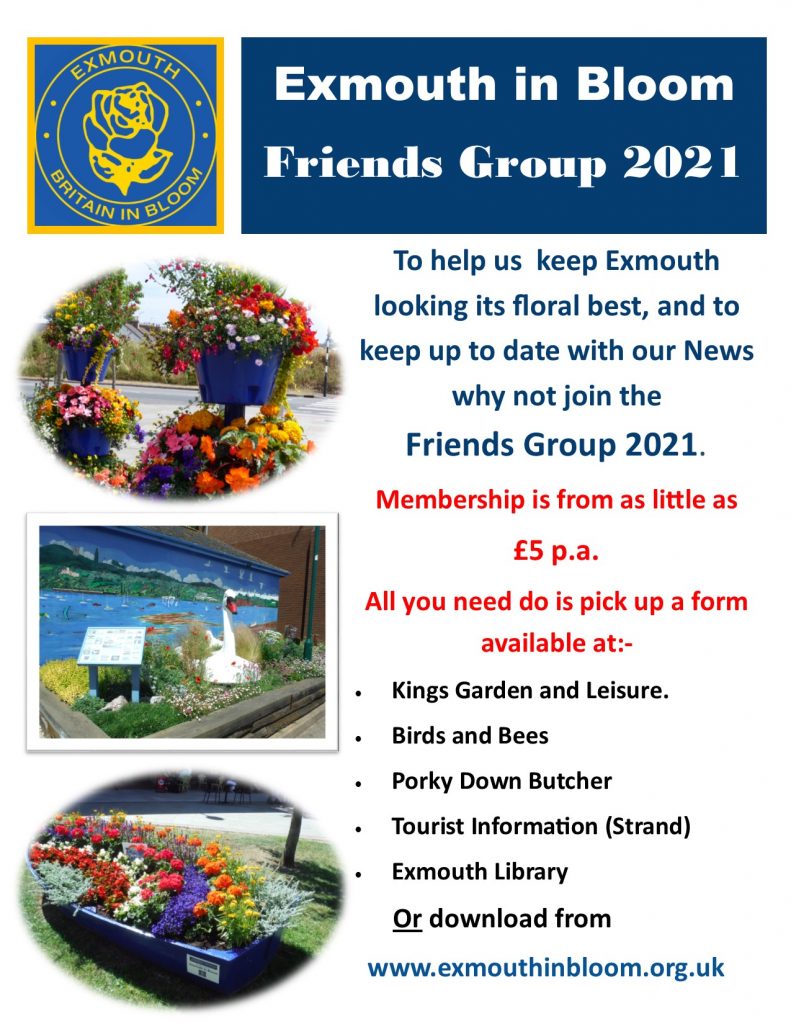